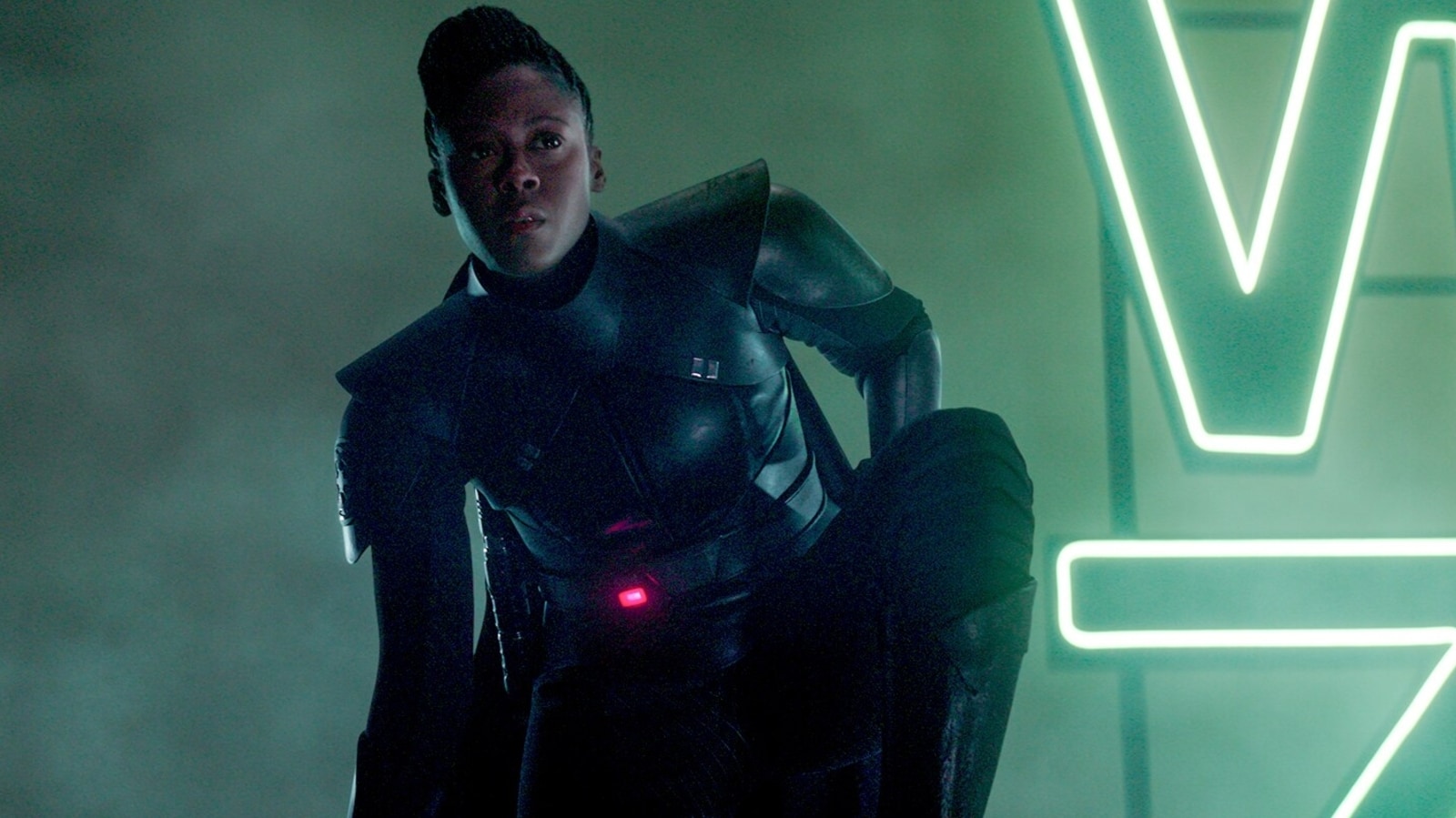 The Star Wars universe is expanding. After Mandalorian and The Book of Boba Fett, the popular sci-fi franchise is coming up with Obi-Wan Kenobi. And apart from introducing new characters, the show also brings back fan favourites as Ewan McGregor and Hayden Christensen return as Obi-Wan and Darth Vader for the first time in 17 years. One of the new faces in the series is The Queen’s Gambit-fame actor Moses Ingram, who plays one of the show’s antagonists, Inquisitor Reva. In an exclusive chat with Hindustan Times, the actor opens up about playing a Star Wars villain, getting a front row seat to Hayden and Ewan’s reunion, and handling a lightsaber. Also read: Obi-Wan Kenobi trailer: Hayden Christensen’s Darth Vader finally returns for face off with Ewan McGregor. Watch

Moses’ character Reva Savandaer aka the Third Sister is part of the Inquisitors, a group first introduced in the animated series Star Wars Rebels. In Obi-Wan Kenobi, Inquisitors make their live-action debut and Moses’ character is a brand new one, which hasn’t appeared in any Star Wars story yet. With this, the young actor joins a long line of actors, who have played Star Wars villains– a list which includes acting legends like James Earl Jones and Christopher Lee. “It has not sunk in. Honestly, it might never,” says Moses with a smile when I point this out.

The actor says the experience has been much better than she even imagined. “It’s more than I think I could have imagined for myself but I think the thing that’s more pertinent for me is that I hope people like it. I hope people enjoy it. It’s a franchise that has been around for a long time and it has because people love it. So, I just hope that continues,” she says.

As a franchise, Star Wars has always had strong female characters, right from Leia (Carrie Fisher) and Padme (Natalie Portman) to Rey (Daisy Ridley) and Ahsoka (Rosario Dawson). But they have largely been all heroes. Female baddies are not absent but rare in the galaxy far, far away. Moses believes Reva is a good step in that direction. She argues, “I think it’s important. I think all of the archetypes should have a reflection of the world we live in. And in the world we live in, there are all kinds of people who do all kinds of things. And it makes it fun. It’s fun to be bad. So we should give everyone an opportunity to play the roles that are fun, and I’m glad that I get to.”

She can’t stop giggling as she mentions having fun being bad, almost as if the actor has given way to a fan. “I had a lot of fun,” she admits, adding, “It was fun to put on the costume and it was fun to wield the lightsaber. It was more than I think I pictured initially. But every day was something new. I wish I could say more but I think people would get it when they see it.”

But what wasn’t too fun was when Moses found herself being humbled by the lightsaber skills of Ewan McGregor as they shot together. Talking about the experience of handling the iconic Star Wars weapon on screen, she tells me, “The first time you assume that you are going to be good and then you realise you’re not and that you’re actually going to be pretty bad. And in my case, my first day on the lightsaber, Ewan was also on the lightsaber and of course, he is just whipping it like it’s no problem. And I was like, oh man, I’m the weak one. But after a few times, you start to get the feel of it, the rhythm and you feel confident.”

And one of the highlights of the show for Moses was seeing the reunion of Hayden and Ewan from up close. The two actors last played their Star Wars roles in the 2005 film Revenge of the Sith. And the news of their return together has sent fans into frenzy. Moses says, “The thing I love the most is having a front row seat to people experiencing the two of them back together and out there. People happen upon them and cry at them standing next to one another. Their impact has been so great on so many people’s lives. I feel so lucky to have the seat that a lot of people want. I tried to soak up as much as I can.”

Obi-Wan Kenobi is a six-part series directed by Deborah Chow and begins streaming on Disney+ globally and on Disney+ Hotstar from May 27. Set ten years after the incidents of Revenge of the Sith, it follows the cat-and-mouse game between the titular character and his pursuers–the Galactic Empire. The series also stars Rupert Friend, Joel Edgerton, Bonnie Piesse, Indira Varma, Sung Kang, and Kumail Nanjiani.