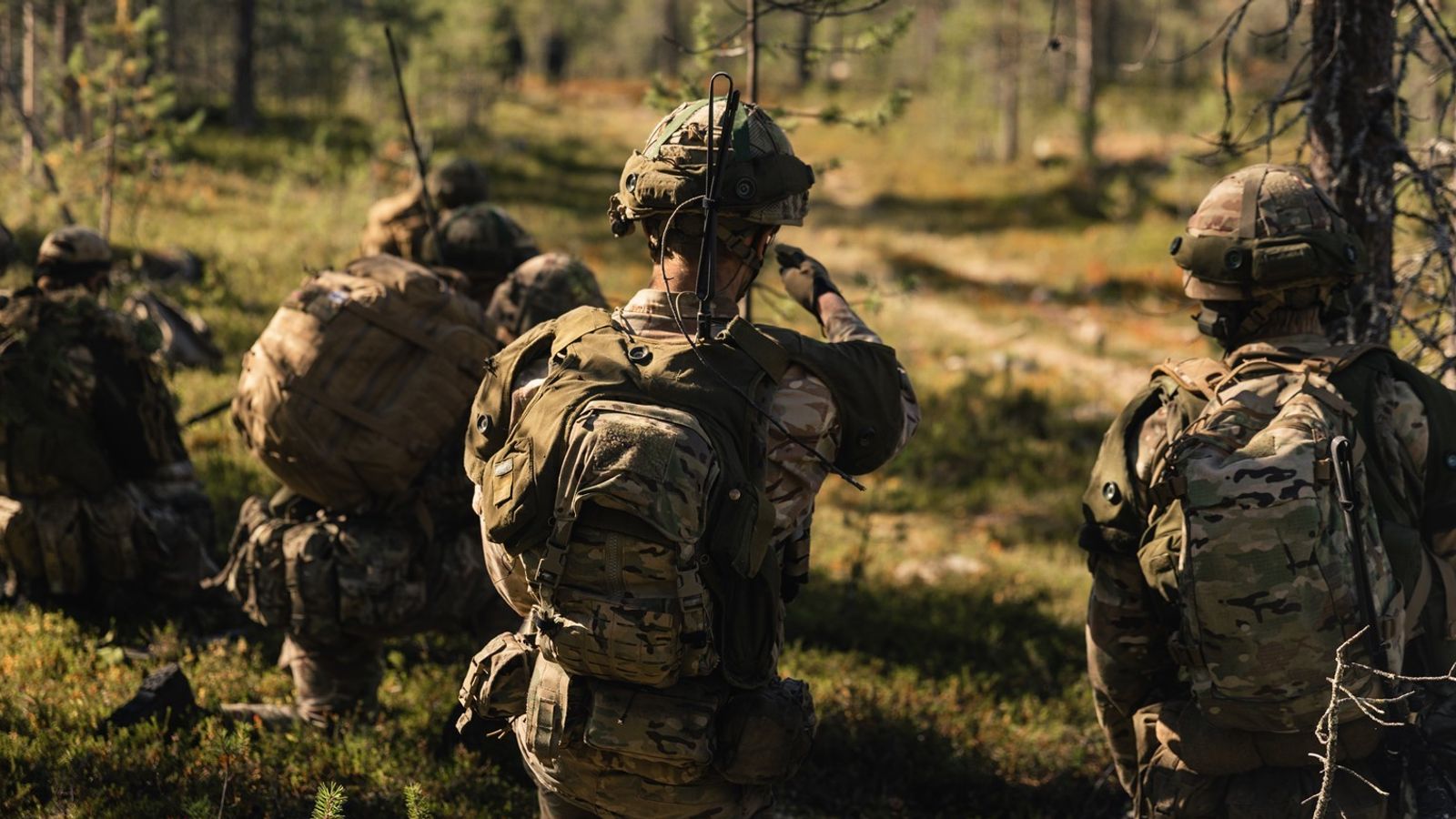 The Ministry of Defence said the manoeuvres, which offered a strengthening of “inter-operability” as both Sweden and Finland bid to join NATO, took place in Rovaniemi and Rovajarvi in northern Finland.

The exercise was staged against the backdrop of the war in Ukraine, which has sharpened minds across Europe about security on the Continent in the face of Russian aggression.

In July, it emerged the RAF had sent four Typhoons and two F-35Bs to Finland and Sweden for joint training exercises.

Finland signed a mutual security assurance declaration with the UK in May, and is also a member of the UK-led Joint Expeditionary Force, a coalition of 10 nations.

Defence Secretary Ben Wallace said: “Whilst there is war in Europe, it is more important than ever to strengthen our international partnerships.

“We welcome Finland and Sweden’s application to join NATO and will continue to exercise together, so we are ready to face shared security challenges.

“Exercise Vigilant Knife is an invaluable opportunity for UK personnel to develop their skills and experience of war fighting in cold weather conditions, enabling them to be effective on the battlefield alongside their Finnish and Swedish counterparts.”