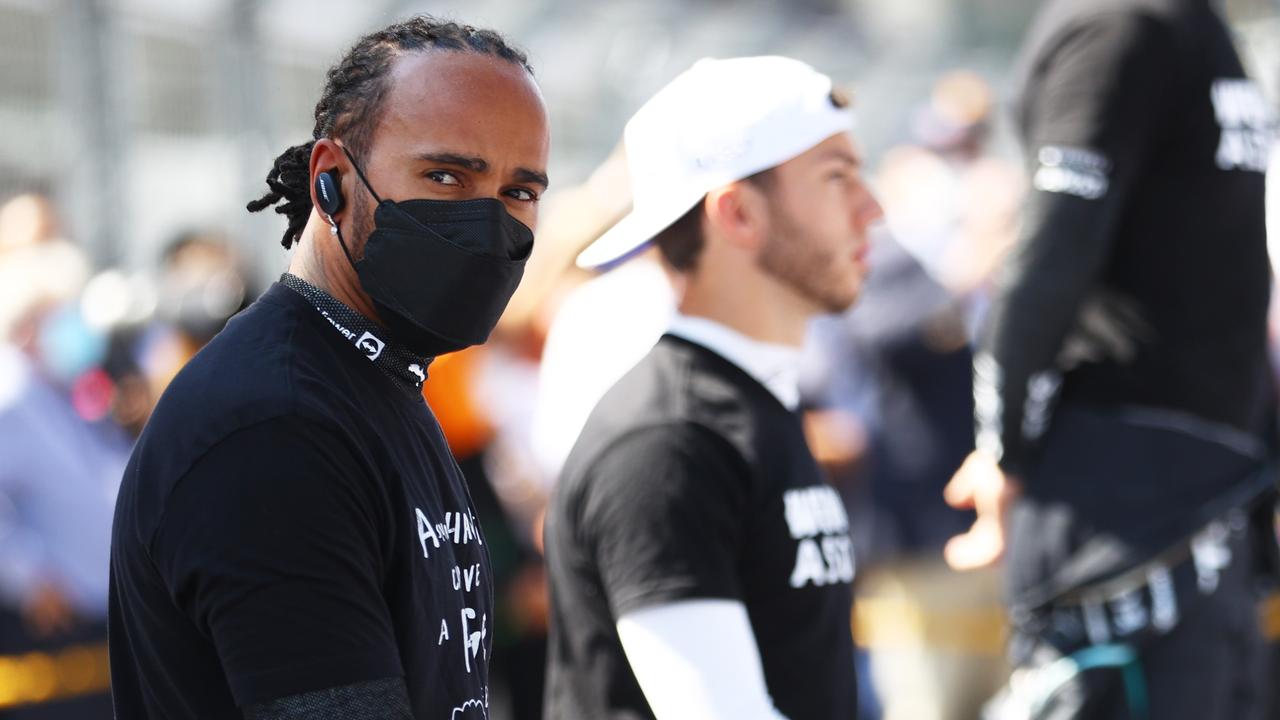 Formula 1 chiefs have decided to ditch the knee gesture ceremony before races — despite it being supported by a number of drivers.

Formula 1 chiefs have ditched the knee gesture ceremony before races — despite it being supported by a number of drivers.

Since the start of the 2020 season, F1 had allocated time for drivers to take a knee, or make any gesture in support of their “We Race As One” initiative in the pre-race schedule.

However, that will be stopped this season with F1 boss Stefano Domenicali saying the sport needed “action” rather than “gestures”.

He said: “We have to not have to do politics. But I think now it’s a matter from gesture to action.

“Now the action is the focus on the diversity of our community. And this is the first step.

“I think that the gesture has already been important for the ones that believed that it was an important gesture.

“We need to respect everyone as always, but now is the time to move on and take some other action.”

SunSport understands Lewis Hamilton, the sport’s only black driver who took a knee before races, has accepted F1’s plans.

And the seven-time world champ has welcomed F1’s plans to emulate his own project to increase diversity within the sport.

Hamilton funded his own commission to identify why there was such a lack of diversity and has now funded a program to recruit black teachers in key subjects.

F1 now run their own scholarship program for under-represented groups, with 10 students being taken in each year until at least 2025.

Domenicali added: “We needed to make sure that what we did was important to show the intention of Formula One in things that were really important for the world.

“I think now it’s the matter of (changing) gesture, to action. Now the action is the focus on the diversity of our community, and this is the first step.”

Meanwhile, Hamilton was back at Mercedes’ HQ in Brackley on Tuesday – stopping talk of him retiring.

And Domenicali reckoned the 37-year-old will be fully-motivated to win back the title from Max Verstappen.

He said: “From what I know and what I see, I saw the last picture of Lewis with the right positivity in his face and his gesture.

“I think that is important because Lewis is an incredible asset, not only for our sport, but for the world.

“And Lewis, he has in front of him a possibility to be, for the eighth time, a world champion.

“I’m pretty sure that he’s totally focused on this objective because this year, there will be so many new things, so many new variables, and that will allow these champions to be so attractive.

“Going back to Lewis, I’m sure that he’s totally dedicated to make sure that he can really have his chance to be for the eighth time the world champion.”