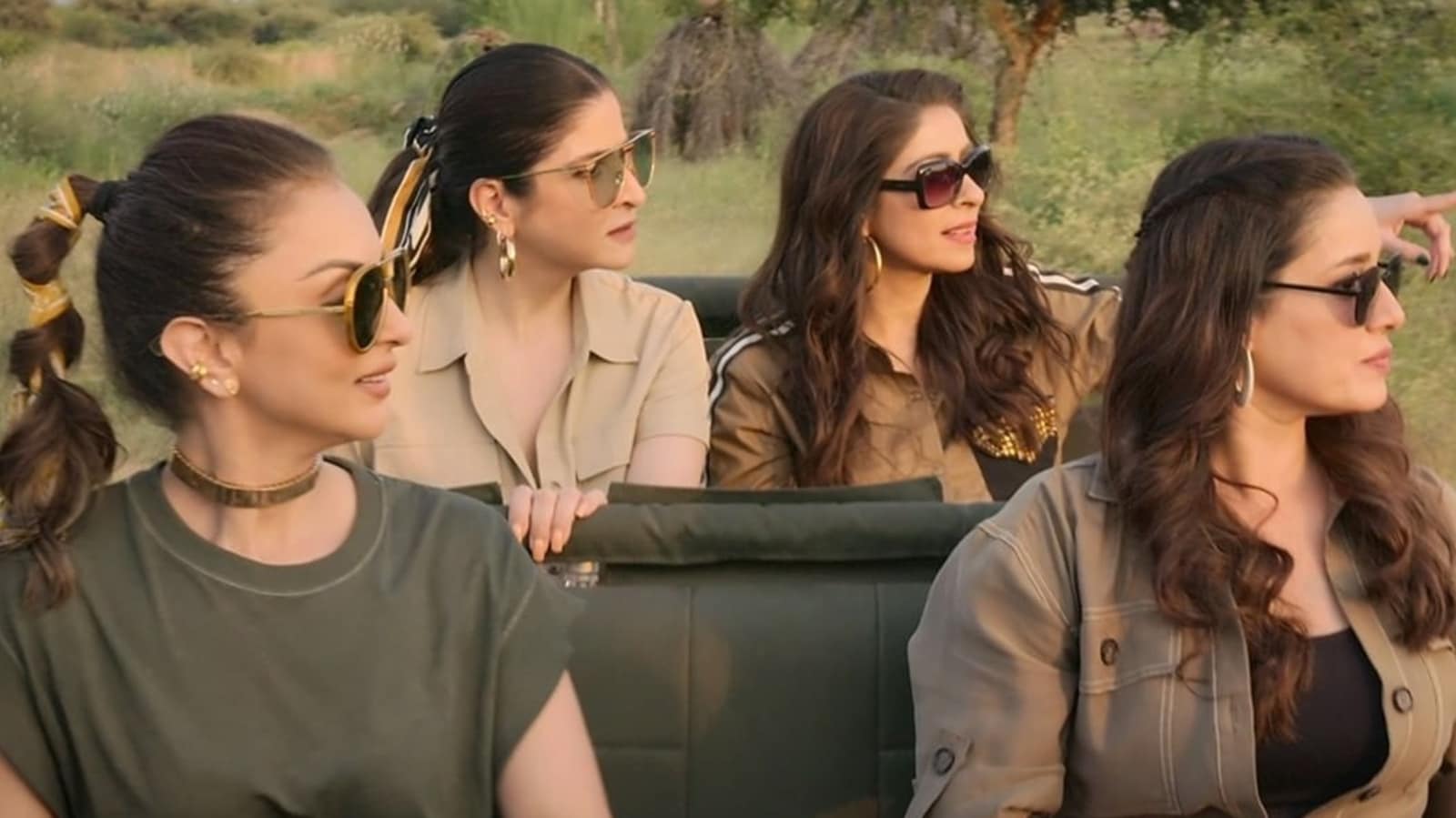 Maheep Kapoor, Bhavana Pandey, Seema Sajdeh and Neelam Kothari are back with another season of the Netflix show, Fabulous Lives of Bollywood Wives 2. The reality show-style documentary, produced by Karan Johar’s Dharmatic Entertainment, follows the glamorous quartet of BFFs-cum-Bollywood-wives. On Saturday, Janhvi Kapoor shared a post about Fabulous Lives of Bollywood Wives 2 that suggested she was hooked to the show. The actor also gave a glimpse of her favourite character on the show, whom she called ‘an icon’. Read more: Maheep Kapoor says Sanjay Kapoor cheated on her, she ‘walked out with Shanaya’

Taking to her Instagram Stories, Janhvi Kapoor reshared a post by her aunt Maheep Kapoor and wrote, “An Icon… You are just too entertaining!!!!!” The original post shared by Maheep, who is a jewellery designer and married to actor Sanjay Kapoor, featured photos of the Fabulous Lives of Bollywood Wives cast – Neelam, Bhavana, Seema and herself.

In the caption, Maheep Kapoor wrote, “This is me realising there’s not enough wine in the world to prepare you all for this season. Don’t forget to watch season 2 of Fabulous Lives of Bollywood Wives, now streaming on Netflix!” Commenting on her post, an Instagram user wrote, “I watched all the eight episodes in one day.” A fan also commented, “Why only eight episodes? We want more.”

In a recent interview with Indian Express, the stars of the Netflix series were asked to share actor Shah Rukh Khan’s reaction to their show. While Neelam said she did not know if he had watched the show, Bhavana said, “I don’t think he watched the whole season. But he did congratulate all of us. He said it was a huge success and he was really happy for us.”

Much like season 1, Fabulous Lives of Bollywood Wives 2 follows Maheep Kapoor, Bhavana Pandey, Seema Sajdeh and Neelam Kothari, who are known for their star-studded friend circle, which includes actor Shah Rukh’s wife and interior designer, Gauri Khan. While the show focusses on Maheep, Bhavana, and Neelam’s respective marriages to actors Sanjay Kapoor, Chunky Pandey, and Samir Soni, as well as Seema’s personal life, it saw many guest appearances by celebs like Bobby Deol, Zoya Akhtar, and Malaika Arora, among others.