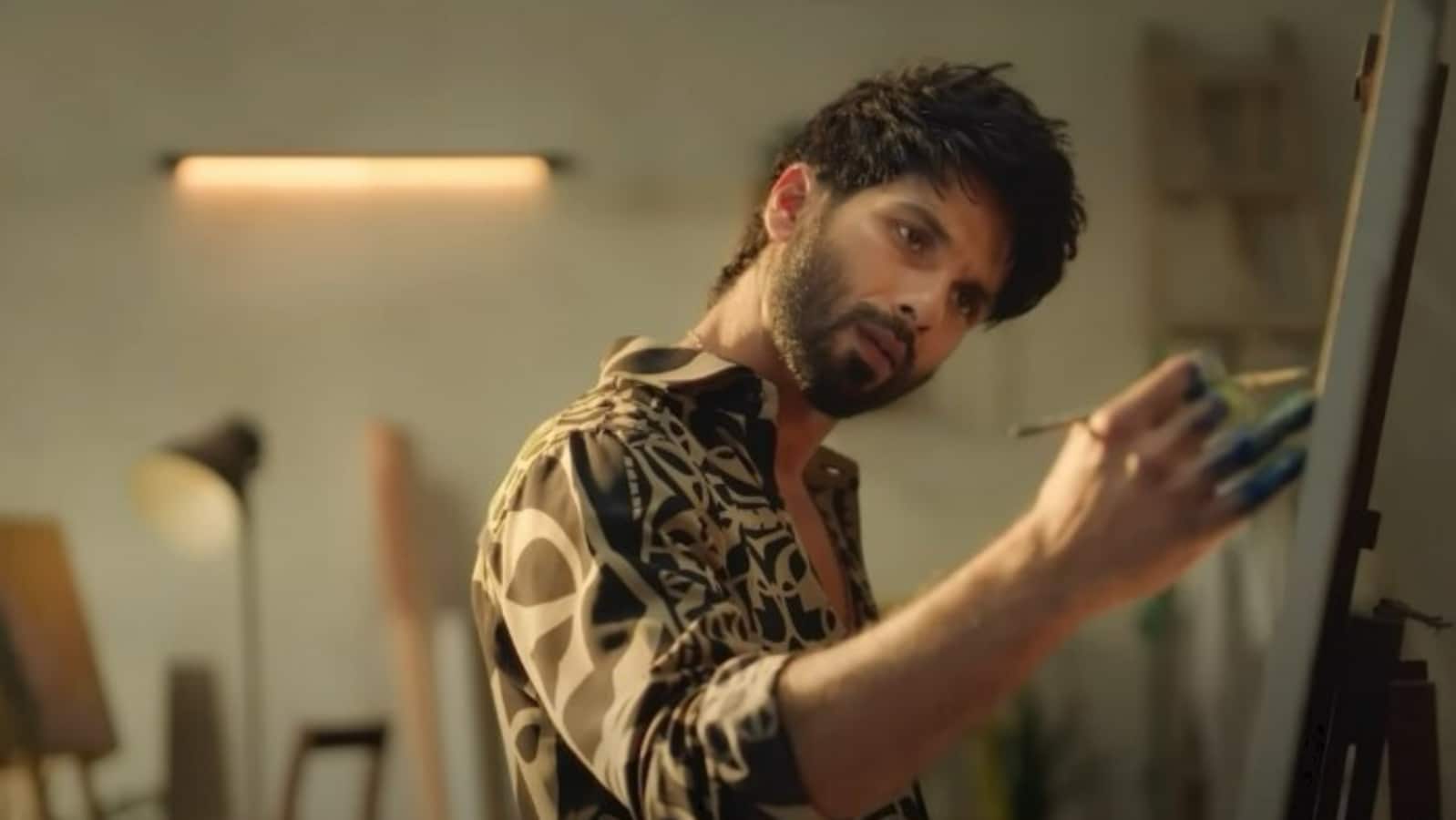 In the short video, Shahid was seen painting on a canvas inside a studio, while looking at the camera and saying, “Meri life ka naya phase. Kya logon ko pasand ayega? Par artist toh artist hota hai, nahi (my life’s new phase, but will people like it? But an artist is an artist, right)?” Shahid then winks looking into the camera, and as he exits the frame, his colourful abstract painting with the words Farzi written in yellow can be seen.

Farzi, directed by Raj and DK, stars Shahid in the lead with Vijay Sethupathi playing a cop. Official synopsis of the show reads, “A small-time artist working out of his grandfather’s printing press has designed the ultimate con job – a crime uniquely suited to him – and gets pulled into the murky, high stakes world of all that it demands. A fiery, unorthodox task force officer has made it his mission to rid the country of the menace this poses in this fast-paced, edgy one-of-a-kind thriller.

Speaking of his OTT debut, Shahid had told news agency PTI last year, “The choice to go on to the OTT platform was to break the trend, was to do something different and challenge myself. I have been doing this for almost 20 years, I need to feel challenged and excited… It is a long form format. I was excited to see how I can build a character over eight to nine episodes in the first season. We will see what happens after that. But that is very different from playing a character which is two hour and pretty much in one stretch. All those things are exciting. I actually enjoyed myself a lot.”