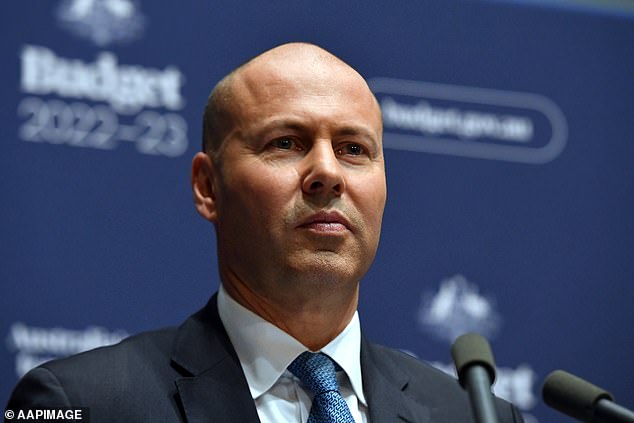 How Budget 2022 will SLASH the price of your petrol: Josh Frydenberg cuts petrol prices by 22 cents a litre by cutting the fuel excise in half – saving families $700 over six months

Due to spiralling petrol prices, fuel duty will be cut in half for the next six months from 44.2 cents a litres to 22.1 cents a litre – saving an average household with at least one car $300.

‘A family with two cars who fill up once a week could save around $30 a week or around $700 over the next six months,’ Treasurer Josh Frydenberg said.

‘Whether you’re dropping the kids at school, driving to and from work or visiting family and friends, it will cost less.’

Treasurer Josh Frydenberg (pictured) announces fuel duty will be cut in half for the next six months from 44.2 cents a litres to 22.1 cents a litre from midnight Tuesday

The cut – which will cost $3billion – takes effect from midnight tonight and will flow through to the bowser over the next two weeks.

Petrol prices have surged to over $2.20 a litre in Australia amid soaring global inflation pressure and the Russian invasion of Ukraine.

‘If you’re a family who needs your car to get to and from work to drop your kids at school, if you’re a tradie busy getting about a daily job, you are seeing the higher price for petrol and what it’s doing to your take-home pay,’ Mr Frydenberg said.

‘And so what we will be seeking to do in this budget is provide cost of living relief for those Australians that are paying higher prices at the bowser.’

But while the move will be very welcome by Aussie motorists, petrol prices at the pump are still set to remain high. 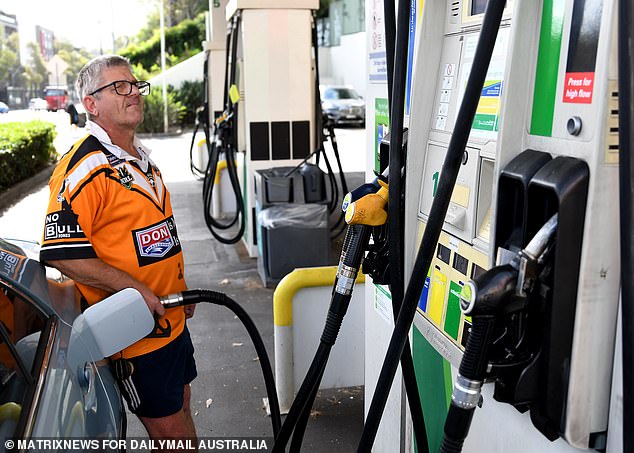 As fighting continues in Ukraine with Western powers brining sanctions against Russian oil producers, the possibility remains that prices could soar even higher amid the supply shortage.

NRMA spokesman Peter Khoury told Daily Mail Australia he has some concerns about the move, warning oil companies are under no obligation to lower their prices at the pump.

But Mr Frydenberg said: ‘The competition watchdog will monitor retailers to make sure these savings are passed on in full.’