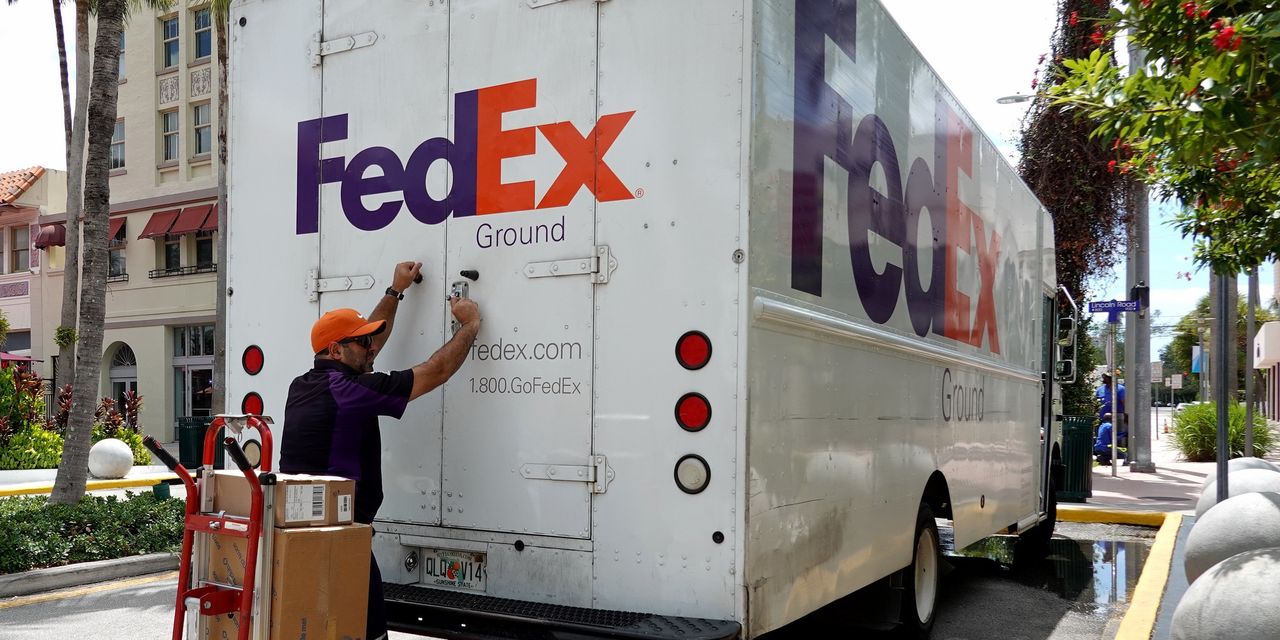 said it plans to raise shipping rates by an average of 6.9% across most of its services starting in January as the delivery giant copes with a global slowdown in business.

The rate increase is higher than previous years and comes days after the company slashed its profit and sales forecasts. FedEx and rival United Parcel Services Inc. raised shipping rates by an average of 5.9% for 2022—the first time in eight years that either had strayed above 4.9%.

Inflation in the U.S. has been hovering near four-decade highs. Energy prices have declined in recent weeks, though they are still above year-ago levels. FedEx offsets some of those costs with fuel surcharges.

The company is raising rates as it and other carriers are suddenly stuck with excess capacity. Ocean freight rates have plunged during what is typically the industry’s peak season after cargo owners shipped holiday goods early and inflation dented consumer demand.

The average number of packages FedEx handled daily in the quarter ended Aug. 31 fell 11% from the prior year, the third straight quarter of declines. Increases in fees such as fuel surcharges helped boost FedEx’s revenue despite the decline in volumes. However, operating expenses weighed on the company’s profit margins.

FedEx’s rate move was announced Thursday as part of its first-quarter earnings report, which showed profit fell 20% from a year earlier and that it was planning additional cost cuts. The company said it expects to generate between $2.2 billion and $2.7 billion in savings this fiscal year from a plan announced last week to park aircraft, suspend Sunday deliveries and close some offices. It also plans to wring an additional $4 billion in annual costs from its operations over the next two years.

FedEx’s results were released before market close on Thursday, about 90 minutes ahead of schedule, which a company spokeswoman said was the result of a technical glitch.

Shares in FedEx closed trading up less than 1%.

who took over the role from founder

on June 1, faced questions from analysts Thursday about the company’s view that the macroeconomic environment is the primary reason for its recent performance.

“What we did not anticipate, to be perfectly honest with you, was the tremendous inflation of costs that hit us squarely last year,” said Mr. Subramaniam. “That was what really got us.”

He said FedEx had to expand capacity to meet demand and now faces a different situation. “Now we have more capacity than we need,” he said. “Could we have timed that a little better? I don’t know, you can’t calculate it. You can’t build half a building.”

pointed to the recent drop in costs to ship cargo on ocean trade routes from Asia to bolster the company’s defense that macroeconomic pressures were mostly responsible for the earnings miss.

Executives also were pressed by analysts on the company’s progress in efforts to make its delivery networks more efficient. Activist investor D.E. Shaw Group has pushed the company to boost profits, and Mr. Subramaniam, who previously served as FedEx’s operations chief, has pledged to make the operating structure more efficient and increase profit margins.

FedEx executives said the company will generate big savings from reducing flights. They said there are plans to idle eight narrow-body aircraft in response to lower volumes, and to reduce flight frequency by around 10%.

the U.S. Postal Service and

Carriers worked to increase package-handling capacity in earlier months of the pandemic as businesses dealt with a jump in online purchases. A pullback in online orders occurred faster than carriers and many retailers expected.

sounded alarms this spring that their stores and warehouses were holding too much inventory after they stepped up orders to avoid supply-chain delays at the same time that demand slowed rapidly.

FedEx Express, the company’s biggest unit by revenue, flies time-critical packages overnight for customers. The spending slowdown and order reductions meant customers didn’t need to pay as frequently for fast air-shipping. FedEx Express revenue in the August quarter was about $500 million lower than it planned, the company said.

“I think the problem is with the market, not FedEx, in that people had unreasonably high expectations at how sustainable and how sticky the pandemic gains were,” said

a transportation-industry analyst at Morgan Stanley.

The prospects of package carriers having excess capacity could limit the pricing power that they wield and enable shippers to ask for lower rates. Jack King, a denim-apparel maker in Bristol, Tenn., said his firm, L.C. King Manufacturing, used to ship solely with FedEx Ground because the delivery giant helped his company diversify from being solely a wholesaler to becoming an e-commerce retailer too. “It brought us to the dance,” Mr. King said.

But the increases in fuel and peak delivery surcharges were too much for his daily operations of shipping more than 100 packages. Stamps.com, a partner of both USPS and UPS, helped his company save $4.50 per package, according to Mr. King. “We were stunned by how much cheaper it was,” he said.

While a coming rate increase amid lower volumes seems bad for business, Ms. Carere said that FedEx is responding to inflation and that customers have stayed despite cost increases this year.

Can FedEx survive this economic slowdown? Join the conversation below.

FedEx’s plan to adjust to weaker levels of demand may mean lower levels of seasonal hiring. Ahead of the peak season, carriers typically hire thousands of people to handle higher parcel volumes, bringing on more drivers and extending hours in their sortation facilities. Last year, FedEx said it planned to add 90,000 seasonal workers.

The delivery giant may have limited flexibility in reducing its costs on drivers in the months ahead. FedEx Ground contractors have been asking for more compensation to help with higher fuel and wages since the start of this year. Ground contractors are typically small businesses that hire their own drivers and buy their own trucks to deliver packages on their allocated routes. Amazon earlier this month said it would raise pay and introduce some new benefits for its drivers.

Mr. Subramaniam said that service levels from the Ground unit are at prepandemic levels and that the company is well-positioned for peak season. In response to a question about festering tensions with Ground contractors, Mr. Subramaniam said, “A lot of those in the media, they’re all much more a perception issue rather than reality.”

—Cara Lombardo contributed to this article.

Write to Esther Fung at esther.fung@wsj.com