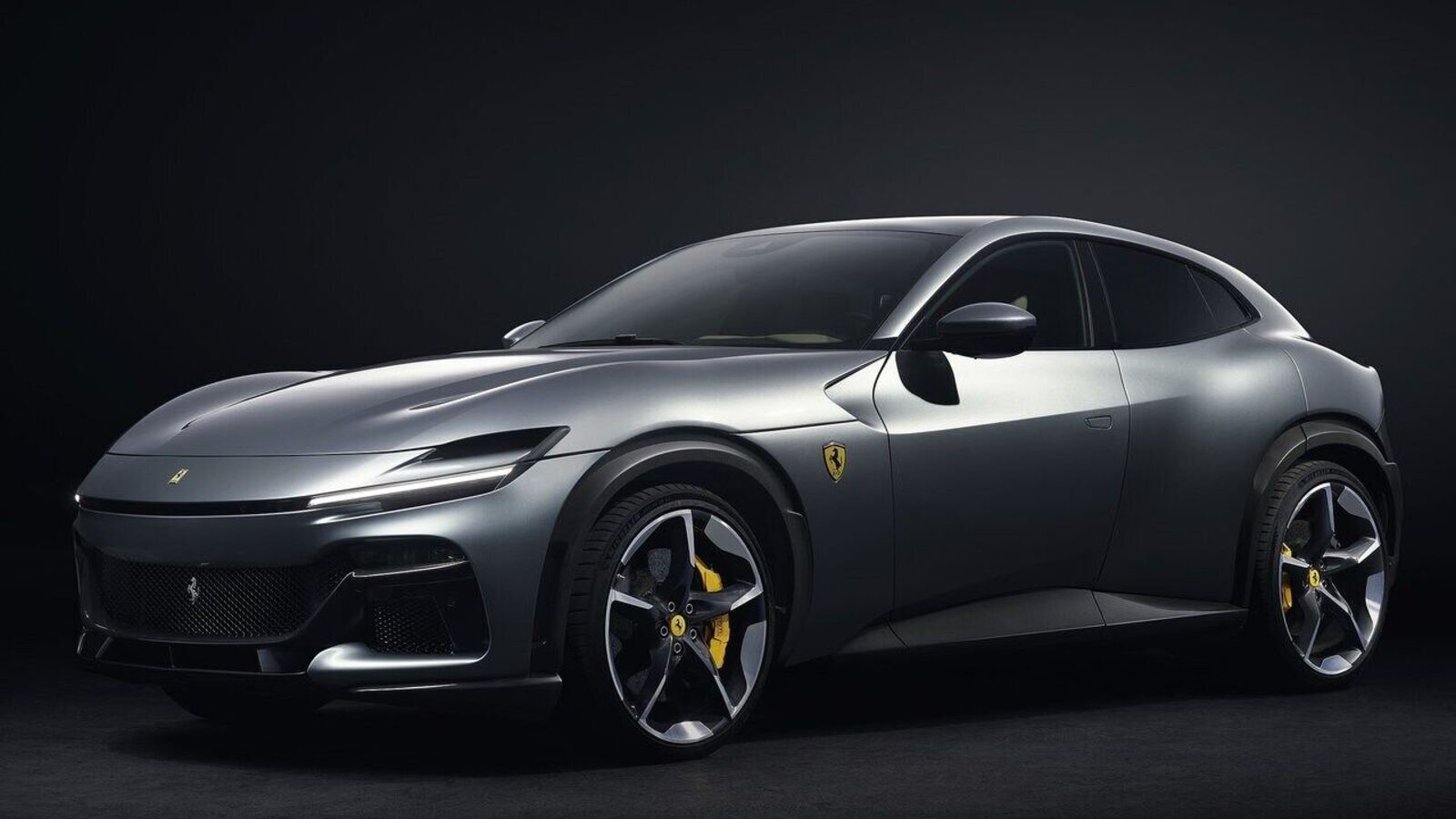 Ferrari Purosangue can hit a top speed of 310 kmph and can hit 100 kmph in 3.3 seconds. It will compete against Aston Martin DBX, Maserati Levante, Porsche Cayenne, Lamborghini Urus and Bentley Bentayga.

Ferrari has finally taken wraps off the Purosangue SUV which is their first SUV. Moreover, SUVs are doing very well in the automotive market right now so the Purosangue is an important product for Ferrari. The SUV will be going against the likes of Aston Martin DBX, Maserati Levante, Porsche Cayenne, Lamborghini Urus and Bentley Bentayga. Here are 5 highlights of the Ferrari Purosangue.

The Purosangue is equipped with a naturally aspirated V12 that has a displacement of 6.5 litres that is mid-front-mounted. It produces 715 hp of max power and 715 Nm of peak torque. The transmission is an 8-speed dual-clutch automatic unit. Ferrari Purosangue is an all-wheel drive SUV primarily, the system cuts power to the front wheels when the SUV hits 200 kmph or in the fourth gear. The Purosangue can hit 100 kmph in 3.3 seconds and has a top speed of 310 kmph.

The design of the Purosangue is quite unique as it does not look like a regular SUV with up-right and straight lines. Instead, the design has a flow to it which helps in aerodynamics.

The LED Daytime Running is placed where the regular headlamp would normally be. The main headlamp setup has been brought further down into the bumper and is hidden in the air duct. Some design elements on the Purosangue are inspired by the SF90 Stradale and at the rear, there is a set of sleek LED tail lamps.

The biggest talking point of the interior of the Ferrari Purosangue is its rear-hinged back doors also known as suicide doors. The rear doors are fully electric and open up to 73 degrees. This helps in easier ingress and egress.

The interior has some inspirations from the SF90 Stradale. There is multi-function steering through which the driver can control most of the functions of the car. There is no centre screen for the infotainment system. Instead, the driver gets a digital instrument cluster and the passenger gets its own screen.

The SUV comes with an independent four-wheel steering system that is borrowed from the 812 Competizione. There is ABS ‘evo’ with the 6-way Chassis Dynamic Sensor taken from the 296 GTB. Ferrari has also equipped the Purosangue with an active suspension system that helps in controlling body roll. There is also Hill Descent Control on offer.