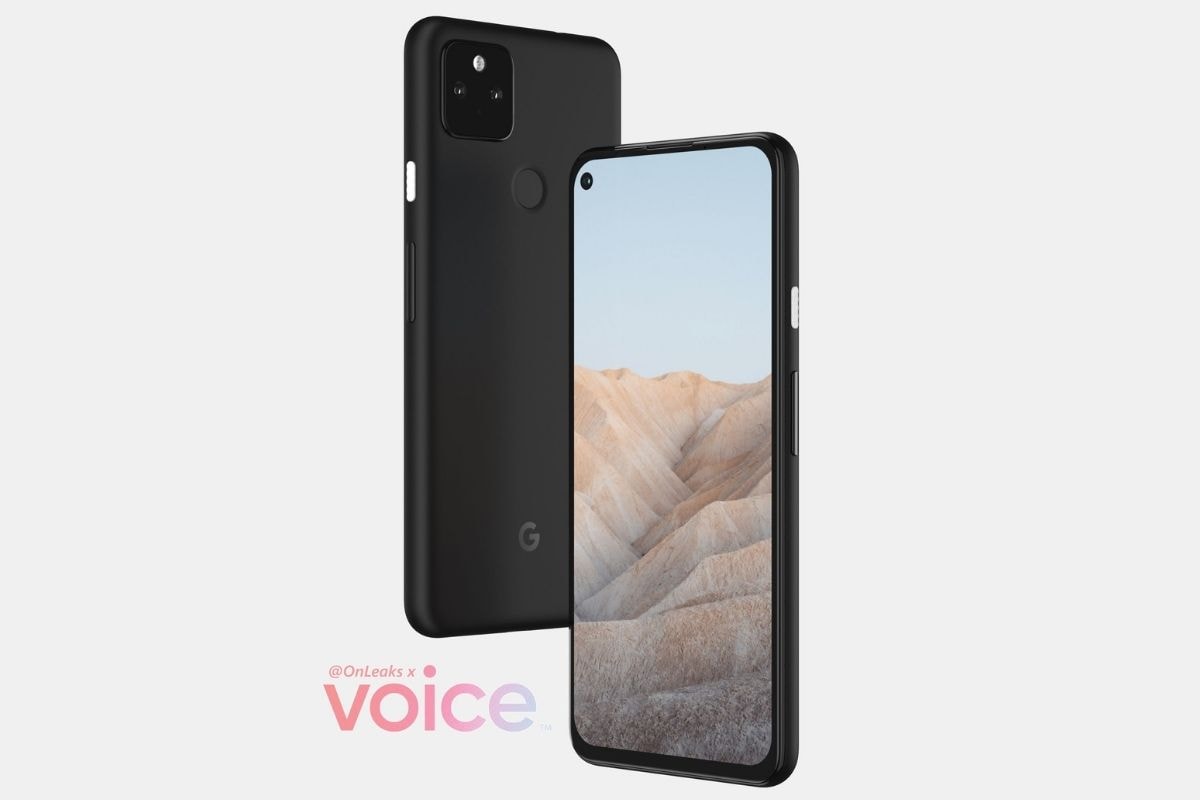 The alleged renders highlights Google Pixel 5a’s Black colour option, hole-punch display, and square-shaped rear camera module. The Pixel 5a reportedly has a unibody construction that is probably going to once again be made of plastic.

The alleged renders surfaced on Voice by tipster Steve Hemmerstoffer popularly known as OnLeaks. The renders show the device in Black colour option, hole-punch display, and square-shaped rear camera module. The display panel has narrow bezels, and there’s a fingerprint scanner at the back. As mentioned, the phone appears to be a replica of the Google Pixel 4a 5G though technical specifications remain unclear, at the moment. Notably, the tipster adds that the smartphone would feature a 6.2-inch FHD+ OLED display with a large chin. It will reportedly measure 156.2×73.2×8.8mm (9.4mm with the rear camera bump) that is closer to the measurements of Google Pixel 4a 5G. The renders also highlight a 3.5mm audio jack at the top while the power and volume rockers are on the right.

The rear camera setup might include two cameras and an AI sensor. Other details remain unknown. However, the Google Pixel 5a can be expected to sit somewhere between Pixel 4a 5G and Pixel 5. To recall, the Pixel 5 comes with the Qualcomm Snapdragon 765G SoC, 6-inch Full-HD display, 4,080mAh battery, and dual rear cameras (16-megapixel + 12.2-megapixel). In contrast, the Google Pixel 4a 5G comes with a larger 6.2-inch display but with a smaller battery at 3,885mAh. Other specifications remain more or less the same.