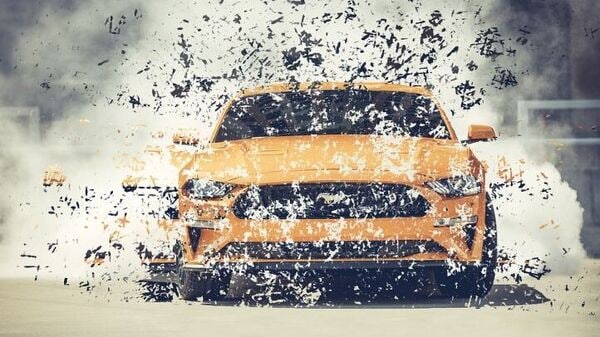 Ford Mustang has a long and rich history, and is one of the most widely-recognized muscle cars anywhere in the world.

Ford may have exited Indian shores and isn’t faring too strong in certain other markets but the American automotive giant is determined to hold its position of strength in its home base and has announced it will invest as much as $3.7 billion into manufacturing facilities in the US. And a part of this investment will be used to manufacture the seventh-generation Ford Mustang muscle car.

The Ford Mustang is a legendary car that is a firm favourite among many enthusiasts. News of an updated model then has created as much flutter as the rather ambitious plans of powering manufacturing capabilities further to open up thousands of new jobs.

Ford plans to manufacture the new Mustang at its Flat Rock Assembly Plant and it is likely that the model would make its debut in the initial few months of 2023. While the existing V8 engines are more than likely to continue under the hood of the model, a hybrid option is also a near-certain possibility.

In recent times, Ford has been betting big on its electric vehicle (EV) strategy and also wants to increase production of its F-150 Lightning EV. This particular model – along with Mach-E and E-Transit – helped the company take the number two spot among electric vehicle manufacturers in the US with only Tesla ahead of it. But while big strides have been taken in the world of electric mobility, Ford isn’t exactly dumping its conventional and popular models. And the Mustang is a clear-case example with company officials continuing to see much business sense in offering the model. As such, many eyes would be peeled on a hybrid version of the new Mustang too.