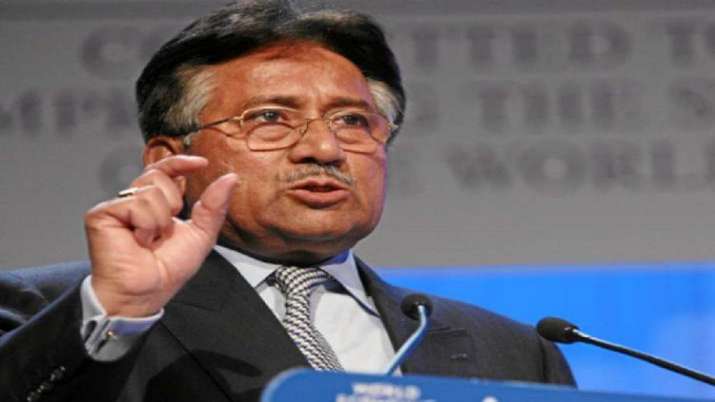 Pervez Musharraf critical: Pakistan’s former military dictator General Pervez Musharraf is hospitalised in the UAE after his health deteriorated and is going through a “difficult stage where recovery is not possible”, his family said on Friday amidst speculation about his condition.

Gen. Musharraf, 78, who ruled Pakistan from 1999 to 2008, was charged with high treason and given death sentence in 2019 for suspending the Constitution.

His family issued a statement on Twitter after rumours of his death started doing rounds on social media, and said that he is “not on the ventilator”.

“(He) Has been hospitalised for the last 3 weeks due to a complication of his ailment (Amyloidosis). Going through a difficult stage where recovery is not possible and organs are malfunctioning. Pray for ease in his daily living,” Musharraf’s family said.

Amyloidosis is a rare disease that occurs when an abnormal protein builds up in organs and interferes with the normal function. He was diagnosed with the life-threatening disease Amyloidosis in 2018 in the UAE.

Earlier, his close aide and former information minister Fawad Chaudhry said that General Musharraf is critical and on a ventilator support in a UAE hospital. He said that he spoke to Musharraf’s son who confirmed his illness.

“Musharraf is critical as he is on a ventilator,” Chaudhry told PTI. Chaudhry, who was the information minister in the Imran Khan government, was once a media spokesperson for Musharraf.

“I have just spoken to Gen Musharraf’s son Bilal in Dubai who confirmed that he (Musharraf) is on ventilator,” Chaudhry said.

Reacting to reports, Ifzaal Siddique, the President of the All Pakistan Muslim League (APML) Overseas — founded by Musharraf — said that the former president is little bit ill but fully alert.

Musharraf has been declared a fugitive in former prime minister Benazir Bhutto murder case and Red Mosque cleric killing case. The former president, living in Dubai since March 2016, was facing the treason case for suspending the Constitution in 2007.

Musharraf came to power in a bloodless coup in 1999, deposing the then Prime Minister Nawaz Sharif. Facing impeachment following elections in 2008, Musharraf was forced to resign as president and went into self-imposed exile in Dubai.