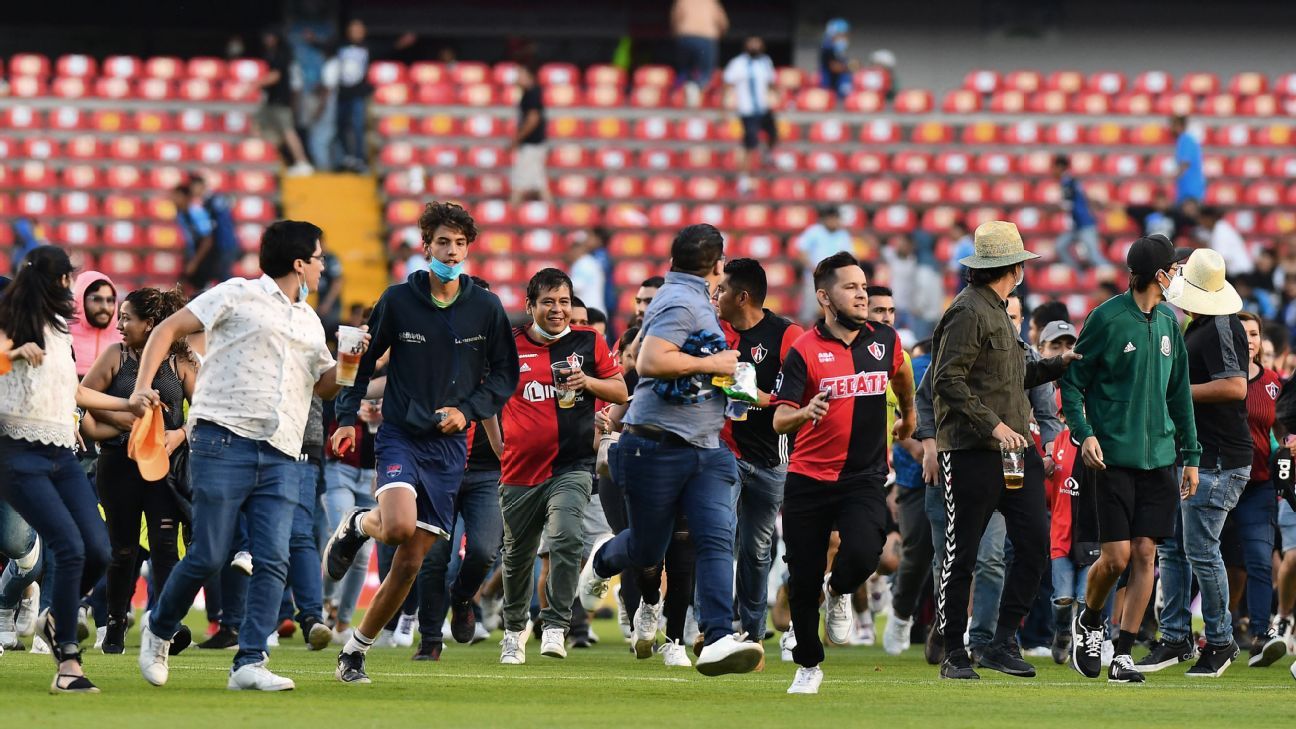 Four law enforcement officers have been arrested in Mexico for their alleged failure to act during the violent clashes between fans during a football game in Queretaro.

The violent incidents during Queretaro‘s league match against visiting Atlas at Estadio Corregidora on March 5 left 26 people injured and 27 arrested.

Queretaro’s prosecutors’ office has now taken action against three police officers and a civil protection guard accused of “unjustified omission of their duties” at the time of the event despite being present.

Atlas, leading 1-0 before the game was abandoned in the 63rd minute, were handed a 3-0 win by the Mexican league.

FIFA were “shocked” by the “barbaric” episode at Queretaro and asked “local authorities to bring swift justice to those responsible.”

As part of the punishments handed out by the Mexican league and the country’s Football Federation, Queretaro has been forced to play behind closed doors their home games for one year while a three-year ban has been given for the barras supporters’ groups.

Meanwhile Queretaro were fined $70,450 while the club’s ownership group was banned from league-related activities for five years.

Mexico are part of the United 2026 World Cup winning bid, along with Canada and the United States.