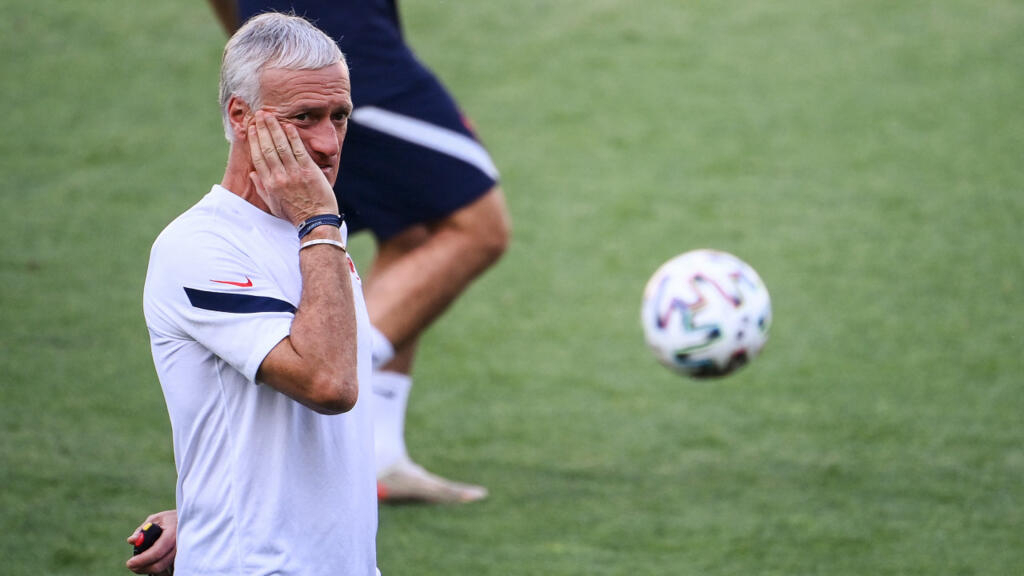 France coach Didier Deschamps is struggling for options in defence as the football world champions suffer a string of injuries ahead of their last-16 match against Switzerland.

The mighty French qualified less convincingly than initially expected after winning just one of three games in the toughest group of the Euro 2021 tournament.

Left-back Lucas Hernandez had to be taken off with a knee injury during the last group game, a 2-2 draw with Portugal, and remains doubtful against Switzerland.

His replacement Lucas Digne is also nursing a hamstring injury and looks unlikely to be fit for Monday, forcing potential changes to Deschamps’ defensive plans.

>> Didier Deschamps, the ‘water-carrier’ who reigns over the French national team

Digne’s replacement in the game against Portugal, midfielder Adrien Rabiot, has himself been dealing with a nagging ankle injury since the end of the season and is not yet at 100 per cent.

To make matters worse, Thomas Lemar suffered a leg injury and Marcus Thuram hurt his right thigh in training on Thursday, hobbling off the pitch with the support of medical staff.

France are already without Ousmane Dembélé after the forward had to be taken off injured in their second group game against Hungary. Dembélé has been ruled out for the rest of the tournament and will require knee surgery.

Despite the injuries, France remain the clear favourites against the Swiss, who have never defeated them in a competitive game.

While the French are very familiar with the latter stages of a tournament, Switzerland have not reached a quarter-final of a major tournament in 67 years, ever since the 1954 World Cup, which they hosted.

They qualified for this round as one of the best third-placed teams, after defeating Turkey 3-1 in their final group game.

“Anything can happen in a tournament,” said Switzerland defender Ricardo Rodriguez. “We are fit and ready. We have to be compact in defence and use our few chances. We know the French have a fantastic bench as well.”

“We will give it all we have. We have already practised penalties and almost everyone scored,” he smiled.

The winners will go on to face either Spain or Croatia in the quarter-finals.