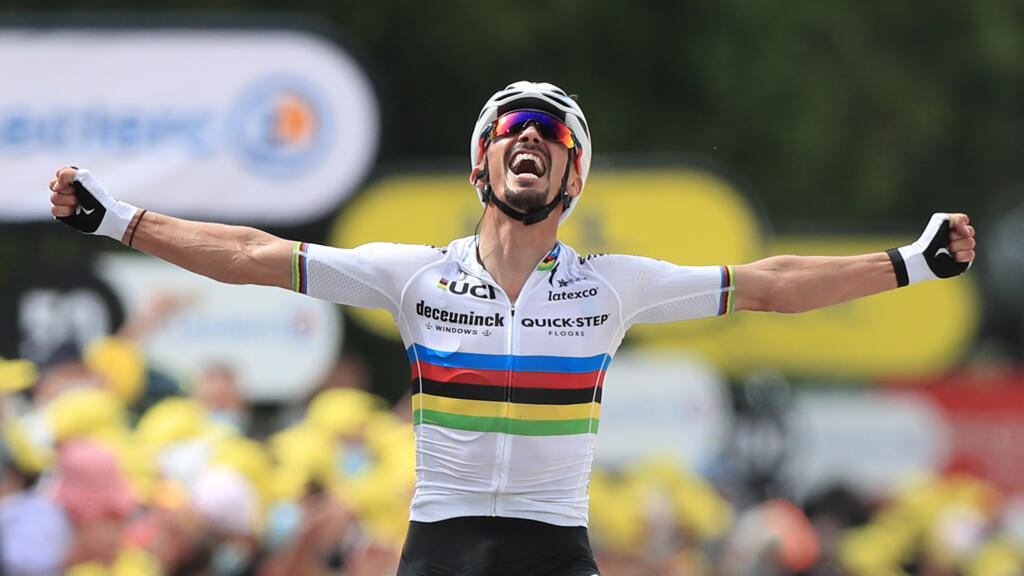 Frenchman Julian Alaphilippe won the first stage of the Tour de France, a 197.8km stage from Brest, to take the inaugural leader’s yellow jersey on Saturday.

The world champion burst away from the main pack with 2.3km left of a brutal climb up to the Côte de la Fosse aux Loups, and none of his rivals could match his power.

Earlier, a roadside spectator holding a cardboard banner caused a massive pile-up that held up several top riders, while another huge pile-up nearer the finishing line brought down Chris Froome and others.

>> Tour de France 2021: The favourites and the outsiders vying for the yellow jersey

In the first crash, German Tony Martin was sent tumbling when he rode straight into the sign amid scenes of chaos with 47km left.

Overall contenders Tao Geoghegan Hart of Britain, as well as Colombian Miguel Angel Lopez, were among the riders being held up.

Belgian Wout van Aert, one of the favourites for the stage win, was also slowed down but made it back to the main bunch after a long effort.

German Jasha Suetterlin of Team DSM was consequently the first rider to abandon the race after being sent to the ground by the crash.

The second crash brought down Froome and many others including Marc Haller, Andre Greipel and Ion Izagirre.