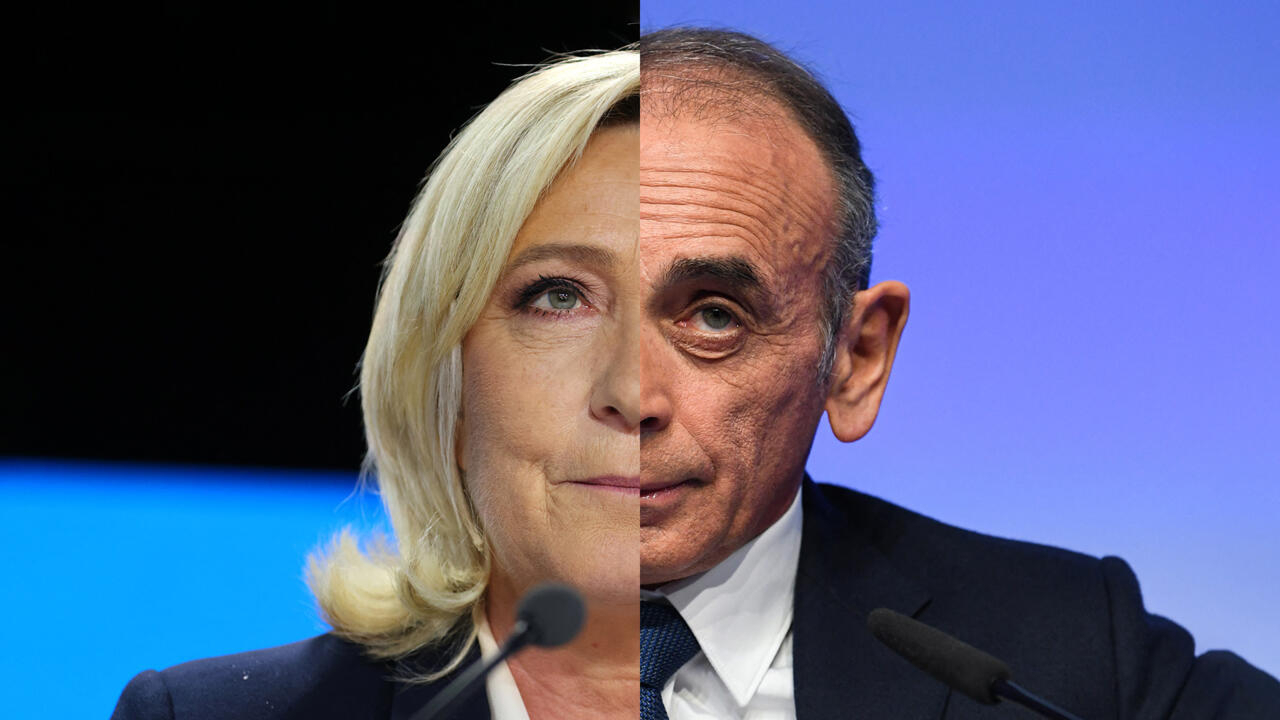 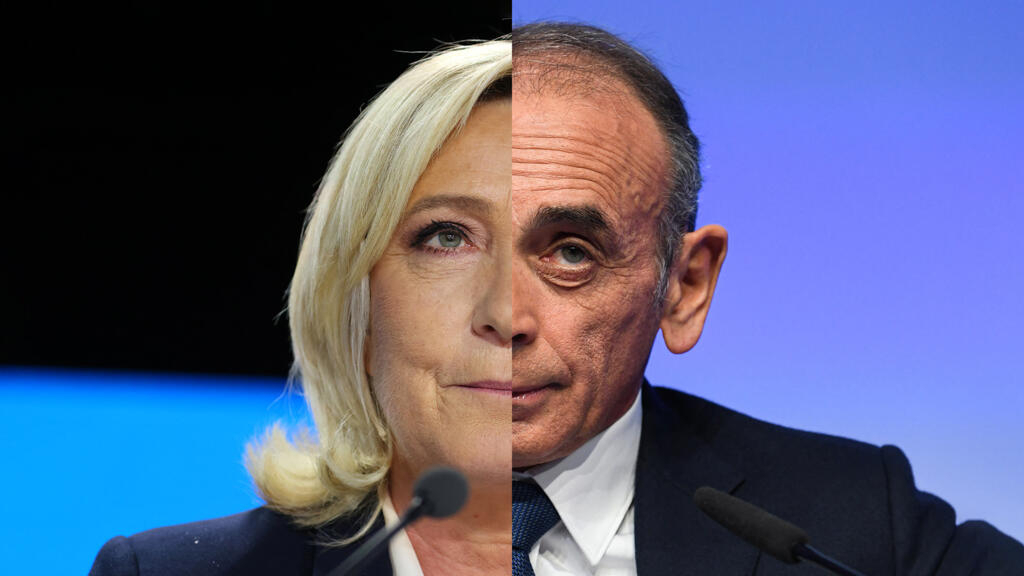 Despite having one new candidate dividing France’s far-right votes, Marine Le Pen made it to the second round of the presidential election for the second time. But the head of the National Rally party is now handling June’s legislative elections with the objective of crushing newcomer and competitor Éric Zemmour, as well as her former party members who chose to leave her camp and join him.

Éric Zemmour keeps on knocking, but the far-right party Rassemblement National (National Rally or RN)’s door remains shut. After gathering much of the attention ahead of the first round of the presidential election on April 10, the far-right newcomer became optimistic and spent an important part of his campaign denigrating France’s historical populist figure: RN’s Marine Le Pen.

But it might have been a strategic mistake: Zemmour finally obtained only 7.07 percent of the votes, while Le Pen scored 23.15 percent and managed to make it to the second round against President Emmanuel Macron. “It’s the eighth time that the defeat has been associated with the Le Pen name”, Zemmour said on Sunday, after Macron’s victory over Le Pen.

But all eyes are now on the legislative elections, taking place on June 12 and 19 … and Zemmour, a former journalist, is now calling for “union nationale”(national union). But he might be the only one wanting the far-right to unite ahead of France’s next electoral deadline.

The former presidential candidate announced on Wednesday via Twitter that his party, Reconquest!, would not have candidates for the legislative elections against fellow far-right politicians Le Pen and Nicolas Dupont-Aignan, as well as right-winger Éric Ciotti: “This is union nationale in action,” he stated.

On Monday, he claimed that the “union nationale” he called for would come out on top in 246 constituencies … over double the expected 105 constituencies if the parties remain separated.

Zemmour also stressed that 70 percent of RN voters are in favour of such a proposed “union“, according to an Ipsos poll. Finally, he published a press release from the vice presidents of his party – former RN members Marion Maréchal and Nicolas Bay, as well as former traditional right-wing Les Républicains (LR) member Guillaume Peltier – proposing a meeting with the RN “in order to form an electoral coalition for the legislative elections”.

Marine Le Pen seems to prefer consolidating the supremacy of her party. Insiders do not see starting a discussion with those who “betrayed” France’s oldest active far-right party to join Zemmour’s team as an option: Their departure “is a one-way ticket” and no agreement will be made, Le Pen said.

Marine’s father and party founder “Jean-Marie Le Pen used to say: There is no number 2 in the National Front (RN’s former name). There is a leader and this leader will do everything to crush the others. Bruno Mégret paid the price in 1998-1999,” said Erwan Lecœur, a political scientist and specialist in the far right, mentioning the National Front’s infighting when Mégret tried to change the party’s political line but ended up expelled from it.

“Éric Zemmour wanted to play the new leader of the new far right: He will pay the price in the coming weeks,” Lecœur added.

RN not here to ‘help a movement hostile to us’

“Many voters were misled by Zemmour, who made them believe there was a wave of hidden voting in his favour. The goal of Zemmour was clear: to end the National Rally and replace Le Pen. But the French decided otherwise,” Laurent Jacobelli, a spokesman for the RN, told France Culture radio on Wednesday. He added that his party’s purpose is “not to help a movement that is hostile to us”.

Despite a rather good financial situation and 122,000 party members, the legislative campaign is poised to be delicate for Zemmour, who has not yet announced if he will be a candidate nor where. Just like his party’s vice president Maréchal, who is hesitating to run in Carpentras in the southern Vaucluse region.

As Le Pen improved her finish in the second round of the presidential election by nearly eight points (41.45 percent) when compared to 2017, she is poised to reduce Reconquest! to bits. RN spokesperson Sébastien Chenu stated that an RN candidate would run even if opposing Zemmour, if he opts to run.

“I agree that we should work with Reconquest! MPs if Zemmour manages to get them elected, but they have a different approach. We are not for the unity of the right wing: We want a union of patriots, and that goes beyond the right and the left because we no longer believe in those divisions,” Chenu told French news channel LCI on Monday evening.

“I don’t see any point in Le Pen openly letting Zemmour and Maréchal pursue their objectives,” Erwan Lecœur said. “Reconquest! will only be able to get a handful of MPs in the southeast of France, while Le Pen can expect having around 50 elected representatives and, for the first time without proportional representation, have a substantial group of MPs in the National Assembly.”

However, as the RN is massively indebted, obtaining as many votes as possible in the legislative elections and insuring a high number of MPs is also a financial necessity: This election will determine the financing of political parties for the next five years. For parties obtaining 1 percent of the vote in at least 50 constituencies, each vote will bring in €1.42 per year, and each MP, €37,280 per year.

This story has been adapted from the original in French.