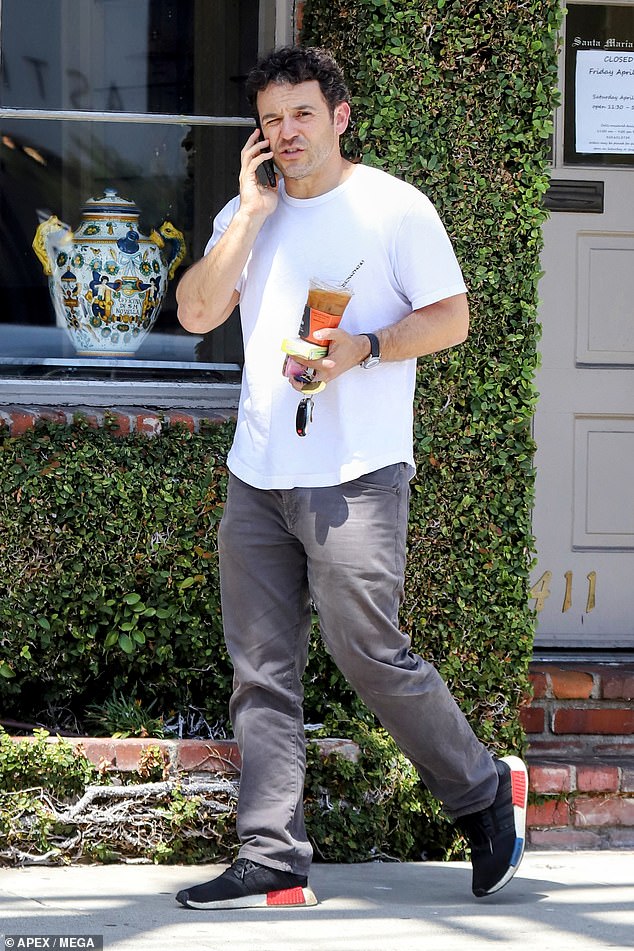 Fred Savage has been removed from his roles as executive producer and director of ABC’s revived The Wonder Years, according to The Hollywood Reporter.

The 45-year-old actor’s firing comes amid ‘three separate allegations’ of inappropriate conduct, which were ‘investigated’ and led to his dismissal.

‘Recently, we were made aware of allegations of inappropriate conduct by Fred Savage, and as is policy, an investigation was launched,’ the producer of Wonder Years 20th Television said in a statement.

They continued: ‘Upon its completion, the decision was made to terminate his employment as an executive producer and director of The Wonder Years.’

Savage was a child star, coming to fame at the age of 12 when the original Wonder Years debuted to 28 million viewers and he was nominated for two Emmys for Best Lead Actor in a comedy series.

Fred Savage (pictured on April 29) has been removed from his roles as executive producer and director of ABC’s revived The Wonder Years, according to The Hollywood Reporter 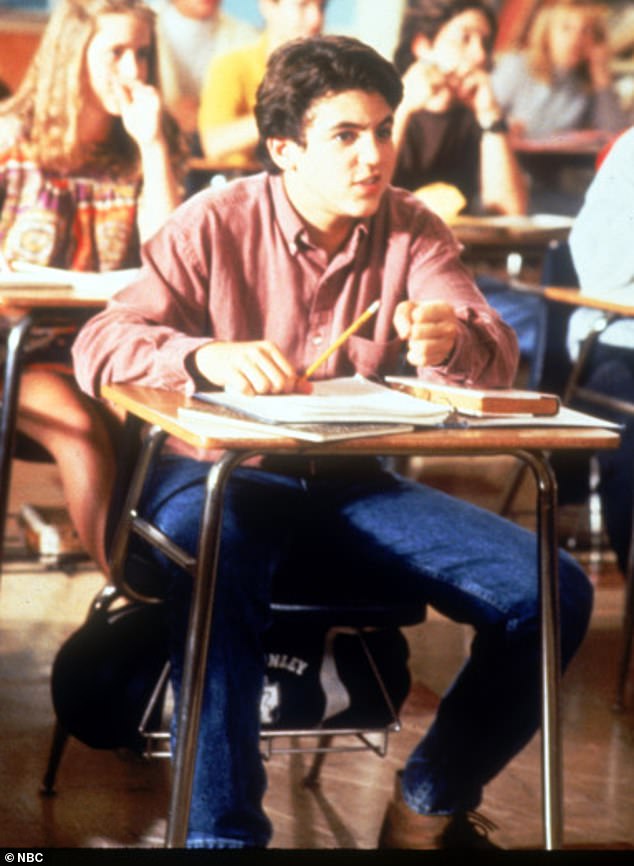 Savage pictured in the 1988 hit The Wonder Years, which was ABC aired a reimagining of starring Savage (who served as executive producer)

Four years ago, his former on-screen mother Alley Mills claimed the original Wonder Years’ cancellation followed a sexual harassment lawsuit filed against Savage and Jason Hervey, which she said was settled out of court.

Monique Long, the woman who accused the then-16-year-old of sexual harassment, worked as a costumer on the set.

She accused both Savage and Hervey of ‘verbally and physically harassing her,’ according to Deadline.

In response to Mills’ dismal of her claims, she told the outlet via email: ‘My only response to Ms. Mills’s slander is that it proves exactly why women in the industry are forced to remain silent about sexual harassment.’

During her interview with Yahoo!, the show’s matriarch described the allegations against Savage as ‘completely ridiculous.’ 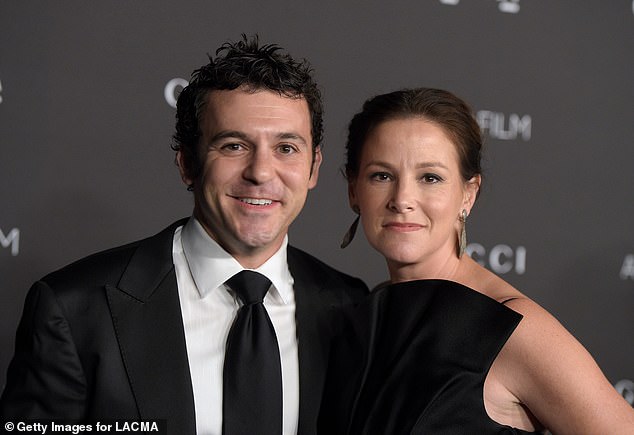 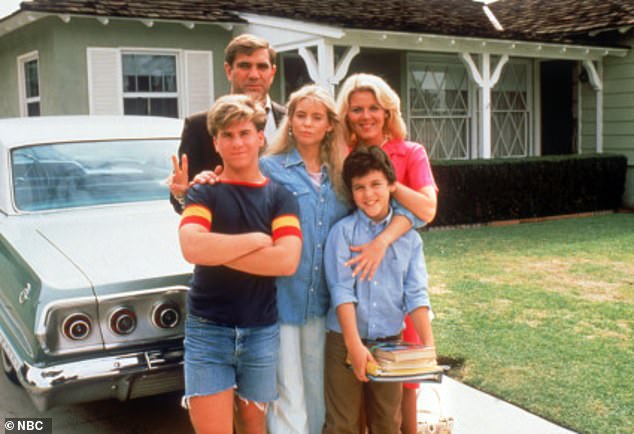 Four year ago, his former on-screen mother Alley Mills claimed the original Wonder Years’ cancellation ‘followed a sexual harassment lawsuit filed against Savage (then 16) and Jason Hervey (then 20), which she said was settled out of court’ (seen in 1988)

She went on to call Savage ‘the least offensive, most wonderful, sweet human being that ever walked the face of the earth.’

‘So I just thought it was a big joke and it was going to blow over,’ she added.

While further details of his misconduct have not been confirmed, an insider told Deadline the allegations included ‘verbal outbursts and inappropriate behavior.’

In 2019, Savage was accused by Youngjoo Hwang, a crew member on his short lived sitcom The Grinder, of battery, assault, harassment and discrimination in a complaint filed in 2018.

The suit was settled outside of court and the case dismissed. 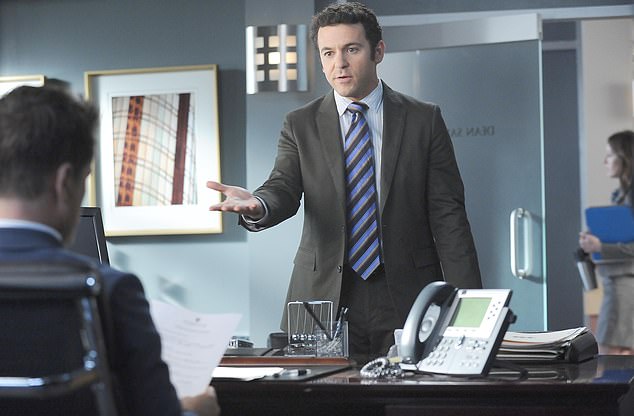 ‘The case has been resolved and we have dismissed the lawsuit,’ Hwang’s lawyer, Anahita Sedaghatfar told Page Six.

Adding: ‘We are very pleased with the resolution.’

TMZ reported that the case had been dismissed with prejudice and that a settlement had likely been reached.

Hwang worked in the wardrobe department on Fox’s The Grinder where Savage ironically played an attorney.

Her original allegations stemmed from 2015 when she alleged that Savage subjected her to verbal attacks in front of colleagues. 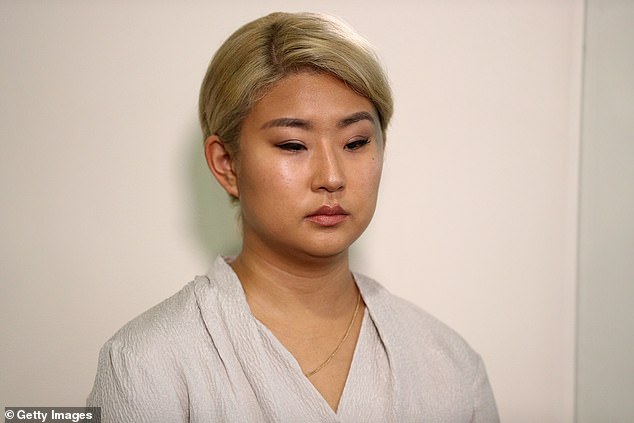 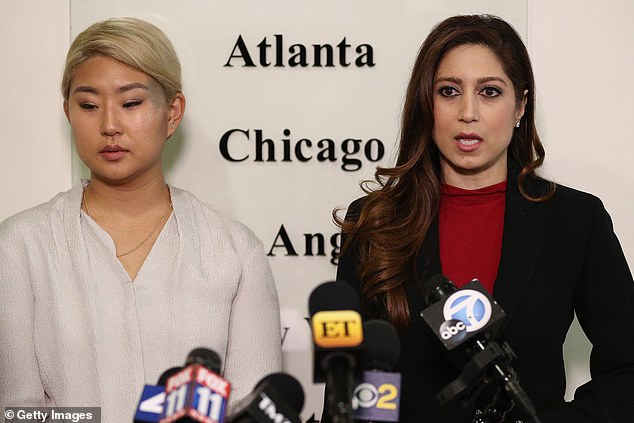 Accusations: The victim claimed that on one occasion, Fred ‘violently struck’ her three times as she was brushing dandruff off his clothes

She additionally claimed that on one occasion, Fred ‘violently struck’ her three times as she was brushing dandruff off his clothes.

Hwang was reportedly not alone in feeling victimized and stated in court documents that Savage abused female crew members by shouting at them to stop following him around and once screamed, ‘Don’t f***ing look at me!’

As for her personally, she alleged that Savage once told her: ‘It’s so f**king annoying that I have to be nice to you when I f**king hate you!’

Since the time of the filing, Savage maintained his innocence the network backed him after an investigation.

‘I was made aware that a woman working in the costume department of a show I was on almost three years ago has claimed that I treated her harshly on set simply because she was a woman,’ he said in a statement at the time. 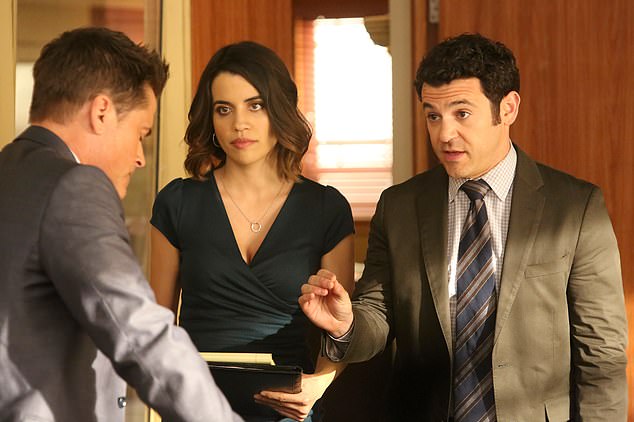 ‘My hope is that by her speaking out, other women who have been victims of abuse of power will find the courage to do the same,’her lawyer said in a statement about the settlement.

Adding: ‘These accusations are completely without merit and absolutely untrue. Fox conducted an extensive internal investigation into her claims, a process in which I fully participated.’

Fox agreed and released a subsequent statement claiming that their investigation found no evidence to support Hwang’s claims.

‘We conducted a thorough investigation into these allegations and found no evidence of any wrongdoing on the part of Mr. Savage.

‘We will vigorously defend against these unfounded claims,’ the network said.