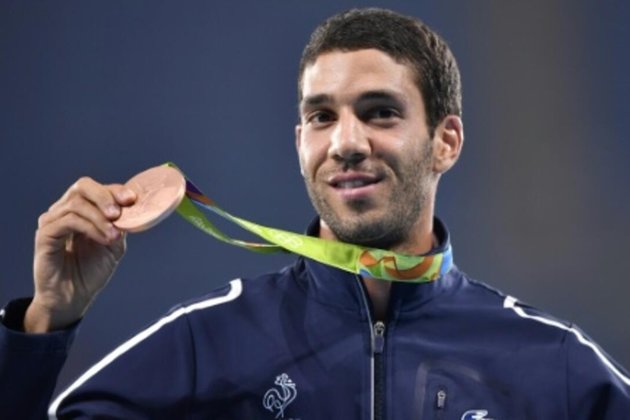 Veteran French middle distance runner Mahiedine Mekhissi on Wednesday announced his retirement from athletics after a 16-year medal laden career that he described as a super adventure.

Mekhissi, who was born in Reims, north-eastern France, revealed his decision in the French sports newspaper L’Equipe on Wednesday

“I’m stopping because the desire is no longer there,” said the 37-year-old.

“I don’t enjoy going to training sessions and I felt it was the moment to call it a day.

“If I am going to run, it is to become a world champion or an Olympic champion or break records. You can’t achieve these goals if you don’t have any drive.”

Mekhissi received his first taste of international glory in July 2007 at the European under-23 championships in Debrecen in Hungary.

A month later at the world championships in Osaka, he was eliminated in the heats of the 3000m steeplechase.

At the Olympic Games in Beijing in 2008, he claimed the silver medal just behind Brimin Kipruto from Kenya. It was one of only two French Olympic medals in athletics at the games.

Another silver came four years later in London and there was a bronze in Rio in 2016.

“It took me a long time to get over going out in the heats in Osaka,” Mekhissi recalled.

“I had the feeling that when you go out in the heats, no one takes you seriously. So I said to myself: ‘OK if it’s like that, then this is going to be the first and the last time. You’ll see what I’m made of next year.’

“There wouldn’t have been the success in Beijing without what happened in Osaka.”

But there were four gold medals in the steeplechase at European championships and one over 1500m. There was also a crown at the European indoor championships in Gothenburg in 2013.

His last official race will be logged as a 1500m at the Miramas meeting in 2022 where he came ninth.

A far cry from former glories on tracks in Berlin, London, Zurich and Rio.

But enough for him to pull away from athletics and stand comparison with former stars such as Michel Jazy who won a silver medal at the 1960 Olympics in Rome and Alain Mimoun who claimed four Olympic medals including gold in the marathon at the 1956 Games in Melbourne.

“I believe I can be put among the greats of French athletics,” said Mekhissi.

“That’s not being arrogant but I can sit at the same table as Jazy and Mimoun.”

Mekhissi will leave the sport as the fastest European in the 3000m steeplechase with a time of eight minutes, 00.09 seconds that was set in 2013 at the Stade de France just outside Paris.

“I’ve made my mark,” Mekhissi added.

“As time goes on it will become more and more evident that what I was doing was exceptional.

“It’s not easy to win a medal and to do it over and over again.”