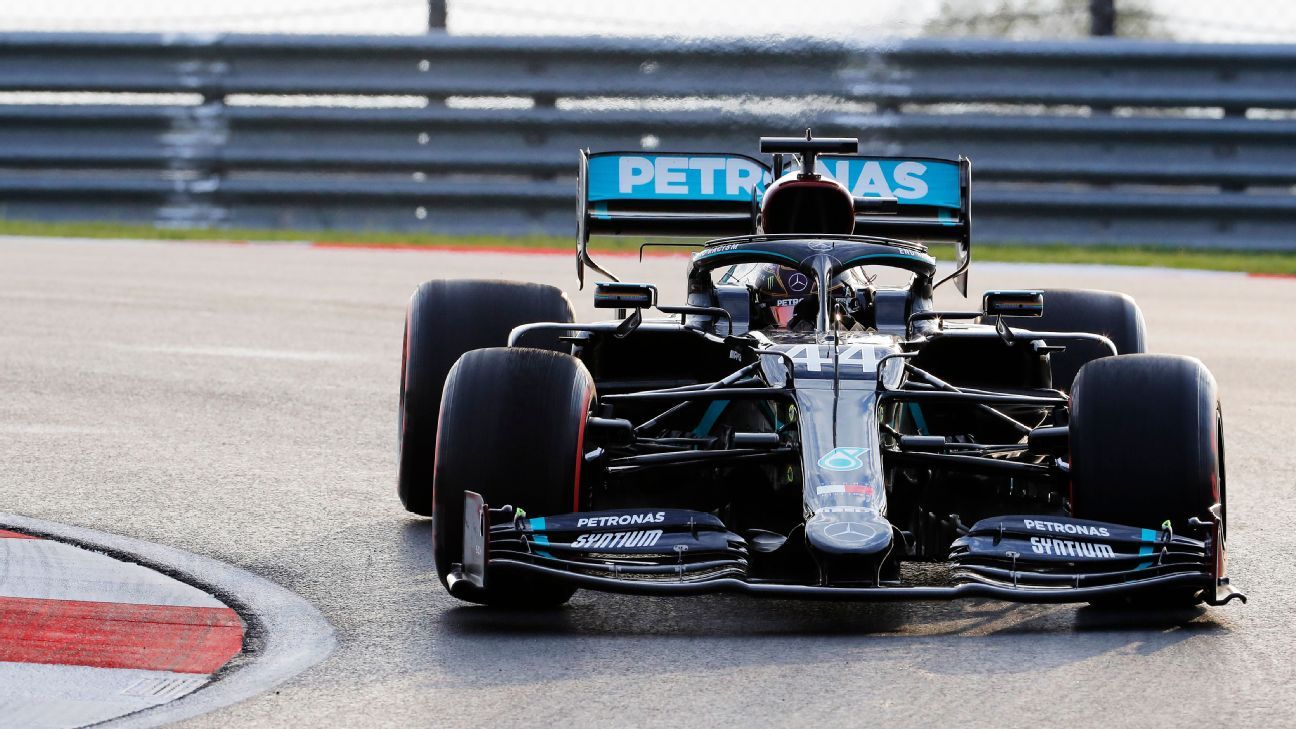 Lewis Hamilton has described a lap of the Istanbul Park circuit as “terrifying” after low-grip conditions saw drivers lap several seconds off the predicted pace during practice for this weekend’s Turkish Grand Prix.

Hamilton, who can win his seventh title this weekend, finished the session fourth fastest as all 20 drivers struggled for grip.

The Istanbul Park circuit was recently resurfaced ahead of the grand prix and the smooth surface, which had seen very little use ahead of Friday’s practice session, made it difficult to get the tyres up to temperature.

“It’s terrifying the whole way around,” Hamilton said. “It’s almost like there’s wet patches all over because you are on slicks, accelerating and it [the loss of grip] just goes so fast.

“It’s because you are way, way below the temperature window [for the tyres]. These tyres, they are so hard and only work in a certain window, so if you are 10 or 20 degrees below they are not working.

“For some reason this surface is so smooth, a lot of the older circuits, are a lot more open between the stones, so it works the tyre more. This one is super closed, flat and shiny and I guess there’s oil seeps from the tarmac.

Red Bull’s Max Verstappen topped Friday practice with a time 0.850s faster than Hamilton, but the Mercedes driver believes it is all down to the tyres.

“I’ve not changed a single thing with the car today because if the tyres aren’t working you don’t really know what the balance is,” he said, “It’s literally just the tyres.

“You see other people are getting them to work. You can go from one lap to the other and you can find a second because the tyre works in a couple of corners. You can see the Red Bulls are doing really well with it and we’ve definitely got some work to do tonight to try and figure out what we can change.

“It will be difficult for the fans to understand but there’s fundamental things on the car you can’t change, so we’ve just go to work with what we have and try and do the best job we can.”