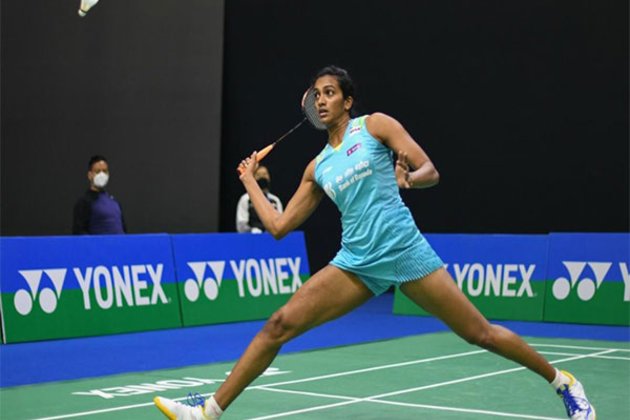 New Delhi [India], January 15 (ANI): With the India Open 2023 being upgraded to the Super 750 status for the first time, the country is gearing up to witness top-notch badminton action of the highest order at the Indira Gandhi Indoor Stadium in New Delhi from January 17 to 22.

Distinguished names from all over the world will be gracing the prestigious tournament with their dynamic performances, making the event a one-of-a-kind spectacle for the country’s sports enthusiasts. Here are the Top-10 women shuttlers to keep an eye on at the biggest badminton event of India–organised by the Badminton Association of India.

1) Akane Yamaguchi (Japan)World No. 1 Akane Yamaguchi is the front-runner to claim her maiden India Open title. With two consecutive World Championships gold medals in 2021 and 2022 to her name, she is one of the only two Japanese women’s singles players to win the coveted tournament. The 25-year-old’s swift, diligent and patient style of play powered her to the All England Open and Japan Open titles as well as the Asian Championships silver medal last year. Her dazzling performances have seen her start 2023 with a bang by making the Malaysia Open final and she will be keen to carry forward that form in India as well.

2) Chen Yufei (China)Tokyo Olympics gold medallist, Chen Yufei arrives in India with the hopes of kicking off the new year with her first Super 750 title in more than three years. The World No. 2 had a frustrating 2022, having lost in seven BWF World Tour finals. Though Yufei prevailed in the Indonesia Masters, she lost two Super 300, Super 500 and Super 750 events each while also going down fighting in her maiden World Championships final against Akane Yamaguchi last year. However, she will be determined to avenge those defeats and have her sights set on clinching the maiden title of the India Open.

3) An Se-young (South Korea)The young shuttler from South Korea An Se-young has been turning heads with stunning displays on the BWF circuit. At just 20, she already has 11 BWF World Tour titles under her belt and also five runners-up finishes. Ranked fourth in the world, Seyoung also secured bronze at the World Championships and Asian Championships last year and was also part of the national team which triumphed at the 2022 Uber Cup. Her high ceiling and abundance of talent makes her one of the best young prospects taking part in the India Open 2023.

4) PV Sindhu (India)Widely regarded as one of India’s most accomplished sporting personalities, PV Sindhu will be keen on replicating her heroics from 2017 and winning the India Open for the second time in her career. A five-time World Championships medallist in the women’s singles, the 27-year-old is India’s first and only champion in the tournament, having defeated Nozomi Okuhara in the 2019 finals and also has two Olympics medals to her name. The current World No. 7 secured the gold in last year’s Commonwealth Games to become only the second women’s singles player to win a full set of gold, silver and bronze medals at the event. The home crowd will be raising the roof when the star shuttler takes to the court to showcase her supreme level of gameplay against the world’s best.

5) Ratchanok Intanon (Thailand)The 2013 World Champion has won the India Open three times in her career, going all the way in the 2013, 2016 and 2019 editions of the tournament. Currently ranked sixth in the world rankings, she is the first Thai singles player to not only be ranked number one in the world but also to win the Asian Championships. Ratchanok won the 2022 Malaysia Open by defeating Chen Yufei in the final which was her first and only Super 750 triumph. The 27-year-old will be eager to add another title by continuing her fine form in India’s biggest badminton tournament.

6) Carolina Marin (Spain)The highly decorated shuttler Carolina Marin, who is one of the greatest names in women’s singles badminton, is anticipated to take the 2023 Yonex-Sunrise India Open by storm. The three-time world champion, Marin also won the 2016 Olympic gold medal and held the World No. 1 rank for 66 consecutive weeks. However, in spite of winning almost every major tournament, the Spaniard is yet to win India’s prestigious tournament and will be looking to be at her top game to win her first BWF World Tour title since the 2021 Swiss Open.

7) He Bing Jiao (China)The 2014 Youth Olympics champion He Bing Jio will be another Chinese player to watch out for in women’s singles at the 2023 India Open after Chen Yufei. The World No. 5 Bing Jiao ended 2022 on a high note by winning the titles of Denmark Open and French Open before the semi-finals-finish in the year-ending World Tour Finals. The 25-year-old could not carry forward the momentum in 2023, losing in the Round-of-32 in the first tournament of the year, Malaysia Open. However, Bing Jiao, the two-time World Championships medallist, will be keen to regain the form when she competes at the India Open.

8) Chen Qing Chen-Jia Yi Fan (China)The World No. 1 Chinese duo will arguably be the biggest threat in the women’s doubles competition as they are coming into the 2023 India Open after ending the last year on a brilliant note, winning the World Tour Finals in December. The in-form pair has also kickstarted the year on a sensational note winning the Malaysia Open. Besides winning a silver medal at the Tokyo Olympics and three gold medals at the World Championships (2017, 2021 and 2022), Qing Chen and Yi Fan have clinched seven titles together in 2022.

9) Nami Matsuyama-Chiharu Shida (Japan)The deadly combination of Nami Matsuyama and Chiharu Shida has been impressive since their young days. In the junior circuit, they won bronze medals at the World Championships as well as Asian Championships together in 2015. The Japanese duo won the Indonesia Open, Thailand Open and All England Championships last year. The upcoming Yonex-Sunrise India Open will be Matsuyama and Shida’s first tournament of 2023 as the World No. 2 pair will aim to make an impressive start to the new year.

10) Pearly Tan-Thinaah Muralitharan (Malaysia)The reigning Commonwealth Games champions Pearly Tan and Thinaah Muralitharan are ranked sixth in the women’s doubles world rankings. The Malaysian pair clinched the French Open title last year and also made semi-final appearances in three tournaments. Following a first-round exit at the Malaysia Open, the duo will look to get back to winning ways when they arrive in New Delhi this week. (ANI)