An international trip that was meant to last eight hours from the airport to the traveller’s destination ended up totalling 47 hours after several “frustrating” flight changes and delays, a Canadian who was flying into Sudbury, Ont., from the U.S. via Toronto told Global News.

In addition, the passenger alleged the airline failed to notify him of one of the flight changes and that he wasn’t given a hotel voucher for one night as a result of the change. He also said he wasn’t provided with any meal vouchers.

“To me, this story really, really stood out in the level of how egregious it is,” said Gábor Lukács, the president of Air Passenger Rights, an advocacy organization.

Read more:
Porter Airlines returns to the skies almost 18 months after being grounded due to COVID-19

Sean O’Reilly, 34, was originally scheduled to fly from the Dulles International Airport in Virginia to Sudbury, Ont., via Toronto on Sept. 24 with Porter Airlines. Within a week pf booking his flight, he said the airline cancelled it and pushed back its service restart date, giving him the option of a cash refund or credit plus a bonus credit.

O’Reilly took the credit option. He had always had positive experiences with Porter in the past and expected to fly with the airline again. He booked his second flight with the credit for Oct. 10, from Dulles to Sudbury via Toronto. He  said he was notified of a minor time change, though this was far in advance.

“The next email I received was the day before my flight — it was a web check-in,” O’Reilly said. “I followed the web check-in link, put in my reservation number and my name, and it said there’s a problem, call in to find out what the problem is and sort it out.”

O’Reilly said he spoke with a Porter Airlines representative on the phone, who advised that he had been randomly selected for a Transportation Security Administration (TSA) check, which required him to go to the counter at the airport. Otherwise, he said he was told the flight was still scheduled as planned.

“The day of my flight, I arrive at the airport at noon, two hours before my flight, go to the counter and there’s no Porter agents,” O’Reilly said.

“I go to the main information desk, and the guy says, ‘They don’t open the counter until two hours before the flight, and it’s not until 6:30 tonight.’”

Then, O’Reilly said he started to realize that something was off. He didn’t see his flight listed on the airport’s departures board and he still didn’t see any Porter workers at the counter.

After speaking with two Porter customer service representatives over the phone, O’Reilly said he was told that his flight had been cancelled at 1:20 p.m. on Oct. 10, half an hour before it was scheduled to take off.

O’Reilly said he knew there was another flight taking off that evening at 6:30 p.m. from Dulles to Toronto, and at that point, he knew he had to get across the border before 10 a.m. on Oct. 11 or else his negative COVID-19 test would expire past the required 72 hours since he was swabbed.

“Under Section 13 of the APPR (Air Passenger Protection Regulations), they were supposed to notify him as soon as they knew that the flight was cancelled,” Lukács said.

O’Reilly alleged he was told by a Porter representative that if he took the Oct. 10 flight from Dulles to Toronto at 6:30 p.m., he would have to pay for a hotel and the second leg of his flight from Toronto to Sudbury at his own expense since he originally booked a thoroughfare with a connection in one day and the Sudbury flight was scheduled for the following morning.

“I told (them) I wasn’t interested in the option of paying for my hotel in Toronto and paying for a new flight to Sudbury, so I accepted this whole next day thing, with the assurance that two separate people told me that the policy is, in the event of a delay or a cancellation, a COVID test’s validity is based on the original time of departure,” O’Reilly said.

He ended up staying in Dulles overnight, from the night of Oct. 10 to the morning of Oct. 11, and had dinner, breakfast and lunch the next day. O’Reilly alleged he was told by Porter representatives that they didn’t think he was eligible for hotel or meal reimbursement; he could try applying for compensation, but there was no guarantee.

(Per the Air Passenger Protection Regulations under the Canada Transportation Act, the airline operating a disrupted flight must provide food and drink in reasonable quantities and a means of communication. If a passenger must wait overnight, airlines are required to offer accommodation free of charge and free transportation to the accommodation).

“If something like this happens, the airline has an obligation to transport a passenger as quickly as possible,” Lukács  added.

2:13
Parliamentary reports calls for airlines to refund flights halted due to COVID-19

Parliamentary reports calls for airlines to refund flights halted due to COVID-19 – Jun 22, 2021

The next day on Oct. 11, O’Reilly arrived at the Dulles airport for his 12:05 p.m. flight to Toronto, with the final destination being Sudbury. Once he got to the gate, O’Reilly said Porter agents conducted ArriveCAN pre-checks to make sure all passengers had their required COVID-19 information.

It was that he was told that his COVID-19 test wasn’t valid because it was 74 hours old — not 72 hours old, he alleged. O’Reilly said the Porter agent told him that there were no exceptions for the COVID test.

Eventually, O’Reilly said the Porter representative spoke with a higher up, who said they’d accept his COVID test as valid and that he could take the 6:30 p.m. flight on Oct. 11 — but that left him without a flight to Sudbury.

“I now have a boarding pass — I can get on the 6:30 flight, but now, the whole reservation is only to Toronto,” O’Reilly told Global News.

“That’s what I’m speaking to the agent about when I call in … Ultimately, things started turning around at that point. I got to Toronto, went to the counter, there was someone there that knew what was going on, they gave me a voucher for a hotel, they told me to keep my receipts.”

O’Reilly said the agent in Toronto also gave him his Sudbury boarding pass, which was covered by Porter. He finally landed in Sudbury on the morning of Oct. 12, marking 47 hours of travel.

O’Reilly said he filed a complaint with Porter. He said he expects to be reimbursed for the Dulles hotel, all the meals in Dulles and his meals in Toronto, as well as for the compensation that he’s owed under the Air Passenger Protection Regulations. He also said he’s looking for an apology.

On Thursday afternoon, a Porter spokesperson told Global News that the company “sincerely” apologizes for the incident and that it’s looking into what happened to avoid future issues.

“Currently, our customer relations team is working to reimburse Mr. O’Reilly for his hotel and ground transportation, and he will receive meal allowances for the time he was in transit,” a company spokesperson confirmed.

“He is also eligible for $500 compensation, the maximum amount for such a delay. In addition, we are providing Mr. O’Reilly with a Porter flight voucher, as a gesture of goodwill, in hopes he will fly with us again. Our customer relations team will be in touch with him soon.”

The spokesperson said Porter didn’t cancel any flights on the day that O’Reilly travelled (referring to Oct. 10), through the original flight he booked had an advanced schedule change.

“This appears to be the root cause of subsequent issues,” the spokesperson added. “The schedule change happened in September, and it seems that there was a disconnect at this time with the lack of notification to Mr. O’Reilly. Also, an allowable connecting flight was no longer available following the schedule change.”

Reflecting on what happened, Lukács said O’Reilly had “a trip from hell.”

“What I’m finding so troubling is I’m seeing this type of behaviour with all sorts of airlines,” he said.

“What is so troubling about it is that there are no consequences for the airlines because the … Canadian Transportation Agency is not doing its job to enforce passenger rights.

“People do have lives, people have reasons for travel. Their time has value. If an airline deliberately wastes it, if they deliberately act in a manner that harms passengers, there must be some accountability.” 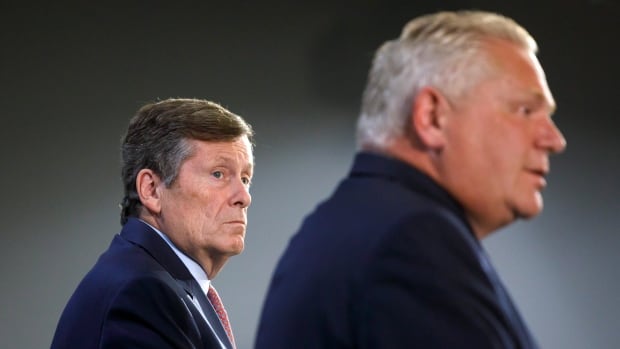 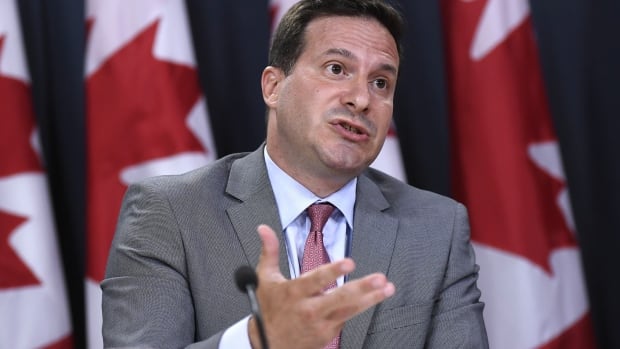