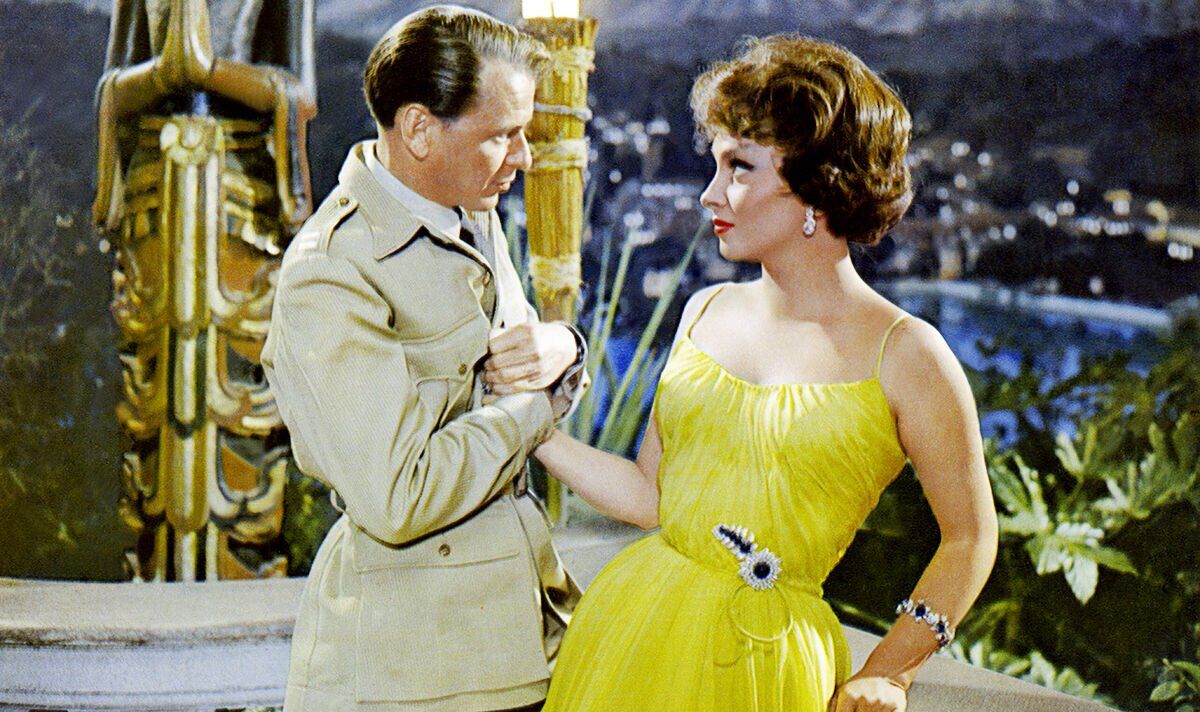 Gina Lollobrigida, once called “the most beautiful woman in the world”, co-starred opposite some of the Golden Age of Hollywood’s biggest leading men. From Burt Lancaster and Tony Curtis in Trapeze, to Humphrey Bogart in Beat the Devil and Yul Brynner in Solomon and Sheba, the Italian sex symbol claimed she could tell instantly that the closeted Rock Hudson was gay since he didn’t instantly fall in love with her. However, the star didn’t get along with all of them, with tantrums reported on the set of her last major film King, Queen, Knave with David Niven. Then there was Frank Sinatra, who she didn’t mince her words over.

Back in 1959, Lollobrigida co-starred opposite Sinatra in Never So Few, a film based on a real-life World War II story of an actual OSS Detachment 101 incident based in Burma. The movie, which featured future Star Trek legend George Takei in an uncredited role, was originally going to include the leading man’s fellow Rat Pack member Sammy Davis Jr as Corporal Bill Ringo. However, when the latter criticised Sinatra in a radio interview, the crooner had him dropped from the part and rising star Steve McQueen was cast instead. This was something the star would repeat when Peter Lawford failed to organise for his brother-in-law President John F Kennedy to come to stay at Sinatra’s house. As punishment, his roles in Robin and the 7 Hoods went to Bing Crosby and he never spoke to Lawford again. Lollobrigida herself shared before she died how difficult Sinatra was on set of Never So Few.

Speaking with Variety in 2018, Lollobrigida said: “Sinatra would start working at noon, because he liked to have fun at night; he would drink quite a lot. One day he showed up at 1 pm and, since I like to joke around, I said to him, ‘Frank, next time you’re late call me, so I can go back to bed too.’ He got really touchy about that! Sinatra was so touchy! I have to tell you. Zero sense of humour.”

Meanwhile, in 1953’s Beat the Devil, she found similar bad behaviour from Bogart.

Lollobrigida remembered: “That was my first movie in English … we were on the Amalfi coast …I was very excited about working with John Huston. Huston and Bogart would throw stuff at each other at the dinner table. Bogart would make fun of my English and talk tough to me, though he was actually saying some very sweet things. We had a crazy good time!”