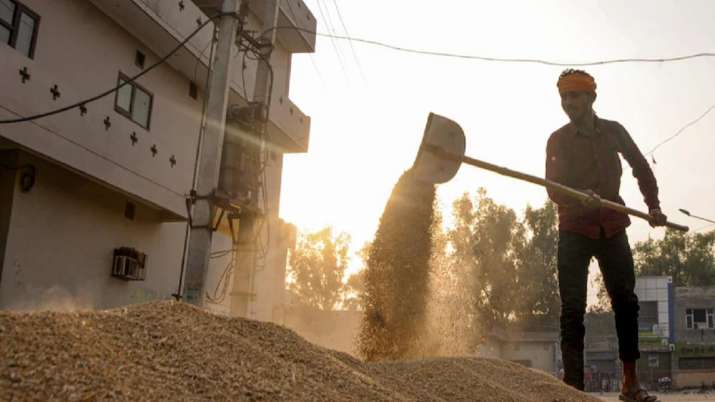 The price of wheat has jumped in the international markets after India announced a ban on the export of the staple cereal and due to the reduced production prospects in Ukraine following the Russian invasion, the UN food agency has said. The Food and Agriculture Organisation (FAO) Price Index averaged 157.4 points in May 2022, down 0.6 per cent from April. The index, which tracks monthly changes in the international prices of a basket of commonly-traded food commodities, however, remained 22.8 per cent higher than in May 2021.

The FAO Cereal Price Index averaged 173.4 points in May, up 3.7 points (2.2 per cent) from April and as much as 39.7 points (29.7 per cent) above its May 2021 value. “International wheat prices rose for a fourth consecutive month, up 5.6 per cent in May, to average 56.2 per cent above their value last year and only 11 per cent below the record high reached in March 2008,” it said on Friday. “The steep increase in wheat prices was in response to an export ban announced by India amidst concerns over crop conditions in several leading exporting countries, as well as reduced production prospects in Ukraine because of the war,” it said.

In contrast, international coarse grain prices declined by 2.1 per cent in May but remained 18.1 per cent above their value a year ago. Slightly improved crop conditions in the United States of America, seasonal supplies in Argentina and the imminent start of Brazil’s main maize harvest led maize prices to decline by 3.0 per cent, however, they remained 12.9 per cent above their level of May 2021, it said. International rice prices increased for the fifth successive month in May.

Quotations strengthened in all the major market segments, but monthly increases were least pronounced (2.6 per cent) for the most widely traded Indica varieties, amid ample supplies, especially in India, it said. The FAO Sugar Price Index declined by 1.1 percent from April, as a bumper crop in India buoyed global availability prospects. The weakening of the Brazilian real against the US dollar, along with lower ethanol prices resulted in further downward pressure on world sugar prices.

“The FAO Sugar Price Index averaged 120.3 points in May, down 1.3 points (1.1 per cent) from April, marking the first decline after sharp increases registered in the previous two months,” the agency said. “The recent monthly decline in international sugar price quotations was triggered by limited global import demand and good global availability prospects, mostly stemming from a bumper crop in India,” it said.

Last month, India announced that it was banning wheat exports in a bid to check high prices amid concerns of wheat output being hit by the scorching heat wave. Wheat exports were allowed on the basis of permission granted by the Indian government to other countries to meet their food security needs and based on the request of their governments. Minister of State for External Affairs V. Muraleedharan had told the Ministerial Meeting on ‘Global Food Security Call to Action’ chaired by the US Secretary of State Antony Blinken under the US Presidency of the UN Security Council for the month of May that India is “committed to ensuring that such adverse impact on food security is effectively mitigated and the vulnerable cushioned against sudden changes in the global market.

In order to manage our own overall food security and support the needs of neighbouring and other vulnerable developing countries, we have announced some measures regarding wheat exports on 13 May 2022. “Let me make it clear that these measures allow for export on the basis of approvals to those countries who are required to meet their food security demands. This will be done on the request from the concerned governments. Such a policy will ensure that we will truly respond to those who are most in need,” he added, emphasising that India will play its due role in advancing global food security.