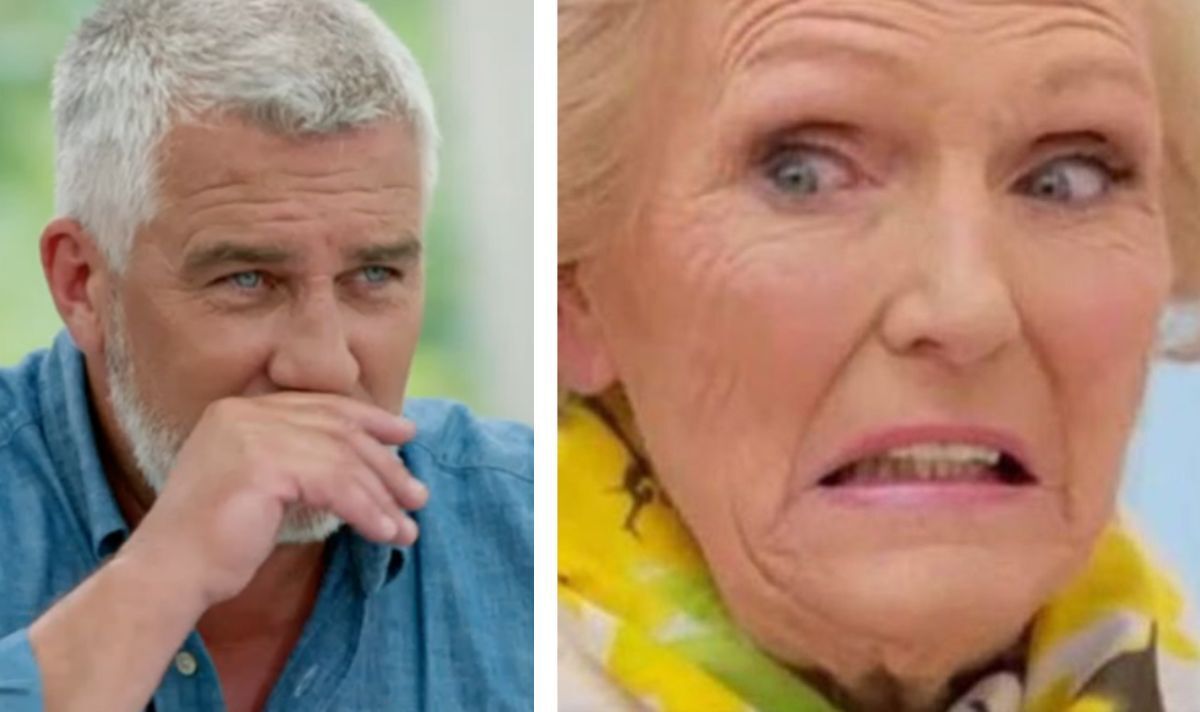 The pair agreed to stay only after they’d “had words” with producers about creating a “kinder” show.

In a previous Radio Times interview, Sue explained: “It was not a kind show… they were pointing cameras in the bakers’ faces and making them cry and saying, ‘Tell us about your dead gran.’”

She added: “We had very stiff words about how we wanted to proceed.”

However, she added that the show was now “out of” that state – and Prue would seem to agree, despite the playful bickering over biscuits and bread, not to mention how to recreate that delectable Victoria sponge.

Of course, as regular viewers will be aware, Mary Berry left the show – reportedly out of loyalty to the BBC when it switched over to Channel 4 – and filmed her last series in 2016.

Nevertheless, there will still be plenty of fun with judges Paul and Prue, plus presenters Matt Fielding and Matt Lucas.

Prue will be waiting for a standout “showstopper” moment that tops her previous one – “Russell Brand’s wife’s vagina-themed biscuits”.

“At first I thought, ‘This is going to be so embarrassing’, but he talked so passionately about the birth of his daughter, how this was the giver of life, and the symbol of motherhood. He obviously meant it all,” she explained.

The Great British Bake Off will return on September 13 at 8pm on Channel 4, while the full interview with Prue and Paul is available in the latest issue of the Radio Times.