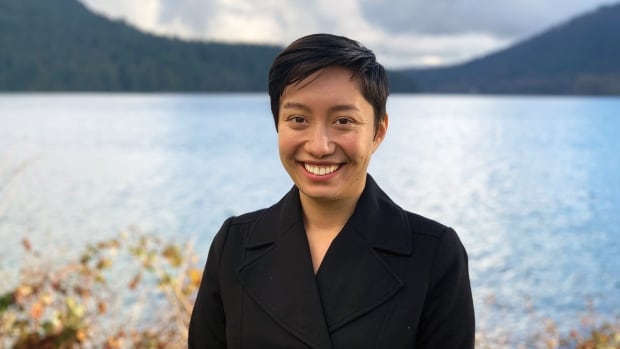 The Greens have chosen Amita Kuttner, a nonbinary astrophysicist, as the interim leader of their party.

An expert in black holes, Kuttner was appointed Wednesday by the Greens’ Federal Council to lead the party until a new leader is elected next year.

Kuttner, 30, will be the youngest person as well as the first trans person to lead a federal political party.

In a statement, Kuttner said they were “honoured to have been selected … during this time of transition and renewal.”

Paul Manly, the former MP who lost his British Columbia seat in the September election, withdrew Wednesday from the leadership race.

His withdrawal from the contest in a letter to the council surprised senior Greens, prompting speculation that he may run for election to lead the party permanently.

Manly, who was backed by former leader Elizabeth May, said he was currently “taking on other projects” in his community.

Kuttner, who stood against Annamie Paul for the Green leadership last year, has been a vocal advocate for action to address flooding and climate change. Their mother was killed and their father severely injured in a mudslide in 2005 after their North Vancouver home was crushed.

Kuttner runs the Moonlight Institute, a non-profit that explores ways to adapt to the climate crisis. They have served as the Green Party’s science and innovation critic and ran as a candidate in the B.C. riding of Burnaby-North Seymour in the 2019 federal election.

Party has been beset by infighting

The interim leader will be in the post for a maximum of six months before a full-time leader can be elected to succeed Paul, who formally stepped down as Green leader earlier this month.

Paul said leading the Greens had been the worst period of her life and has handed in her party membership.

The party has been beset by infighting over the past year and saw its support plummet in the election, returning two MPs but losing a significant share of the popular vote.

Kuttner will face the task of trying to unite the divided party, which is also beset by financial problems.

“I take on this responsibility fully aware of the magnitude of the challenges we are facing but convinced that we will overcome them and emerge stronger, more united and more confident about our vital role in national politics,” they said.

Federal Council president Lorraine Rekmans said their selection was “an important step forward in reinvigorating our party” and would help the Greens “rebuild.”

“Amita has the political and life experience that makes them supremely qualified to guide our party through a period of renewal, helping to reconnect with our membership, implement reforms in our approach to equity, diversity and inclusion within the party, and prepare for the next leadership contest,” Rekmans said.

Kuttner spoke out this week after Mike Morrice, the newly elected Green MP, was not given permission to speak in a debate on Monday, the first day of the parliamentary session.

“Apparently we welcome people to their first day in the House of Commons by refusing to let them speak. Clearly, representation for all people is not important to some MPs,” Kuttner said on Twitter.