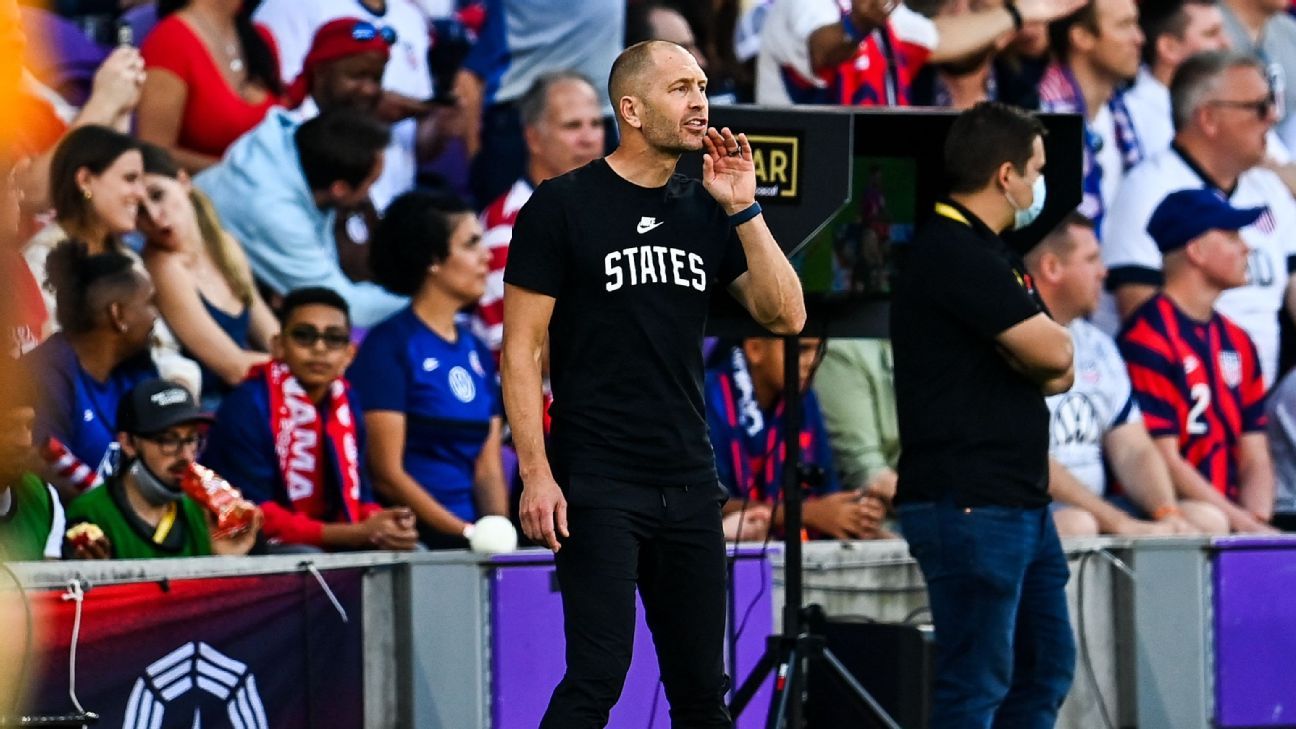 ORLANDO — It’s a manager’s lot in life to be second-guessed. Decisions get analyzed to the smallest of details. Mistakes get highlighted. That’s especially true of international managers, with a country’s armchair coaches never holding back.

Credit is due then to U.S. men’s national team manager Gregg Berhalter. Over the last week he had some tricky choices to make, especially ahead of Sunday’s World Cup qualifier against Panama. The U.S. was coming off an exhausting 0-0 draw with Mexico in the 7,200-foot altitude of Estadio Azteca. How much could the U.S. manager rely on the players that played the bulk of the minutes in Mexico City? There was also the injury bug that forced the U.S. to do without Weston McKennie, Brenden Aaronson and Sergino Dest. The yellow card suspensions to DeAndre Yedlin and Tim Weah, as well as the positive COVID-19 test for Reggie Cannon further limited Berhalter’s options further.

Even given those challenges, Berhalter’s personnel decisions on Sunday invited scrutiny. Was Paul Arriola really the best choice out wide ahead of Gio Reyna? What about Shaq Moore being an emergency call-up at right-back over the Bundesliga pedigree of Joe Scally? Then there was the decision to start Jesus Ferreira up top against Panama’s hulking back line.

– 2022 World Cup: How USMNT, Mexico can qualify
– Qatar 2022 qualifying: How it works around the world
– Don’t have ESPN? Get instant access

All of them came through in massive ways, not only delivering on Berhalter’s “next man up” mentality, but speaking to the team’s depth. Arriola scored a gorgeous goal with a glancing header. Ferreira troubled Panama with his movement, and scored the kind of garbage goal that was thought to be the domain of Jordan Pefok or Ricardo Pepi. And Moore barely put a foot wrong and holding down the right side of the U.S. defense. And with Christian Pulisic delivering a hat trick — his first with the national team — the U.S. powered its way to a critical 5-1 victory over the Canaleros, putting the USMNT on the brink of qualification to the 2022 World Cup.

“We wanted to be aggressive. We wanted to put them on their heels. We wanted to play with intensity and we also want to score goals,” said Berhalter after the match. “It’s great to see that output.”

Granted, some of Berhalter’s decisions were made for him. The U.S. manager said that as many as 20 players and staff were laid low by a stomach bug after the Mexico game. Sources told ESPN that Reyna was among those impacted. But there was some internal logic to the decisions as well. Arriola’s work rate provided extra cover for Moore who last played for the U.S. back in October. It also allowed Moore to get into the attack where he was effective, helping to set up Ferreira’s goal. Arriola’s pressing helped on the attacking end as well. With Panama in desperation mode following its home draw against Honduras last Thursday, there were bound to be more space for Ferreira and his greater mobility to exploit.

“We really had to call on our depth in this window, and it’d being the last window and an impactful window where qualifying takes place, it was something where guys needed to step up,” Berhalter said. “We talked early on about the ‘next man up’ mentality we have complete faith in anyone who’s called in. We don’t call players in unless we trust them and we think they can they can perform at a good level.”

Berhalter pushed the right buttons in terms of playing time as well. A clearly fatigued Yunus Musah was pulled at half-time. Tyler Adams and Pulisic were substituted with the game well in hand, a move that prevented Adams picking up a caution that would have seen him suspended. The same was true of the team’s emotions. And the team’s depth pieces met the moment to make big contributions.

Keeping players engaged, especially when playing time drops, isn’t easy. It requires constant attention, and keeping track of the pulse of the team, and doling out playing time when the time is right. The performances throughout the entire team are proof that Berhalter is managing this aspect well.

“The culture that Greg and the staff have built for this group in this environment…we’re brothers,” said Arriola. “We really feel like that guys love coming into the national team getting together, on and off the field. I think we all click very, very well. And so we all understand that over time, number one is, in order to be a part of this team, you have to put the team first. And when I tell you everyone does that, everyone really, really does.”

Of course, some decisions are no-brainers, namely penciling Pulisic into the starting lineup. Granted, the Chelsea attacker has endured an up and down qualifying campaign, coming through against Mexico at home, but also at times looking reluctant to push the tempo. But with Costa Rica’s 2-1 win in El Salvador preventing the U.S. from clinching qualification on the night, Pulisic delivered, scoring a pair of cold-blooded penalties in the first half — both off fouls by Panama’s Anibal Godoy — and polishing off his hat trick with a deft turn and finish from Antonee Robinson’s centering feed in the second.

“We needed the three points bad to put us in a really good spot to qualify and we’re really happy with the performance,” Pulisic said through a team spokesperson after not being made available to reporters. “It feels great to get a hat trick, of course, my first one with the national team, but more importantly just to help the team to win and put us in a good spot with one game left.”

The U.S. hasn’t completely wrapped up qualification just yet, despite the “Qualified” banner the players displayed after the final whistle and was then whisked away. It would take an unprecedented result in Costa Rica on Wednesday to slip out of one of the three automatic qualification spots. The Ticos would have to win by six goals to make up the edge the U.S. has in goal differential.

Even with all of the tough results the U.S. has endured in Costa Rica over the years, the USMNT’s lead would appear to be safe. But the players, especially those that were on the field four-plus years ago when the U.S. failed to qualify, aren’t taking anything for granted.

“I’m not celebrating anything,” said Arriola. “I was in this exact position, or very similar position four years ago, and we know how that that qualification ended. So for me, I think it’s just maintaining focus, understanding that that we still have work to do, and anything is possible. So for us, the mentality of this group is, and has to be to go down there to get a good result against Costa Rica.”

Berhalter is of a similar mindset. There were enough sloppy moments on Sunday to make his radar perk up, and while the U.S. missed out on a chance to get an historic qualifying win at the Azteca, a win against the Ticos on Wednesday’s would make its own history.

The final step is often the hardest. The U.S. has come far enough to be that close to qualifying. Wednesday is the time to break through and reach their goal.