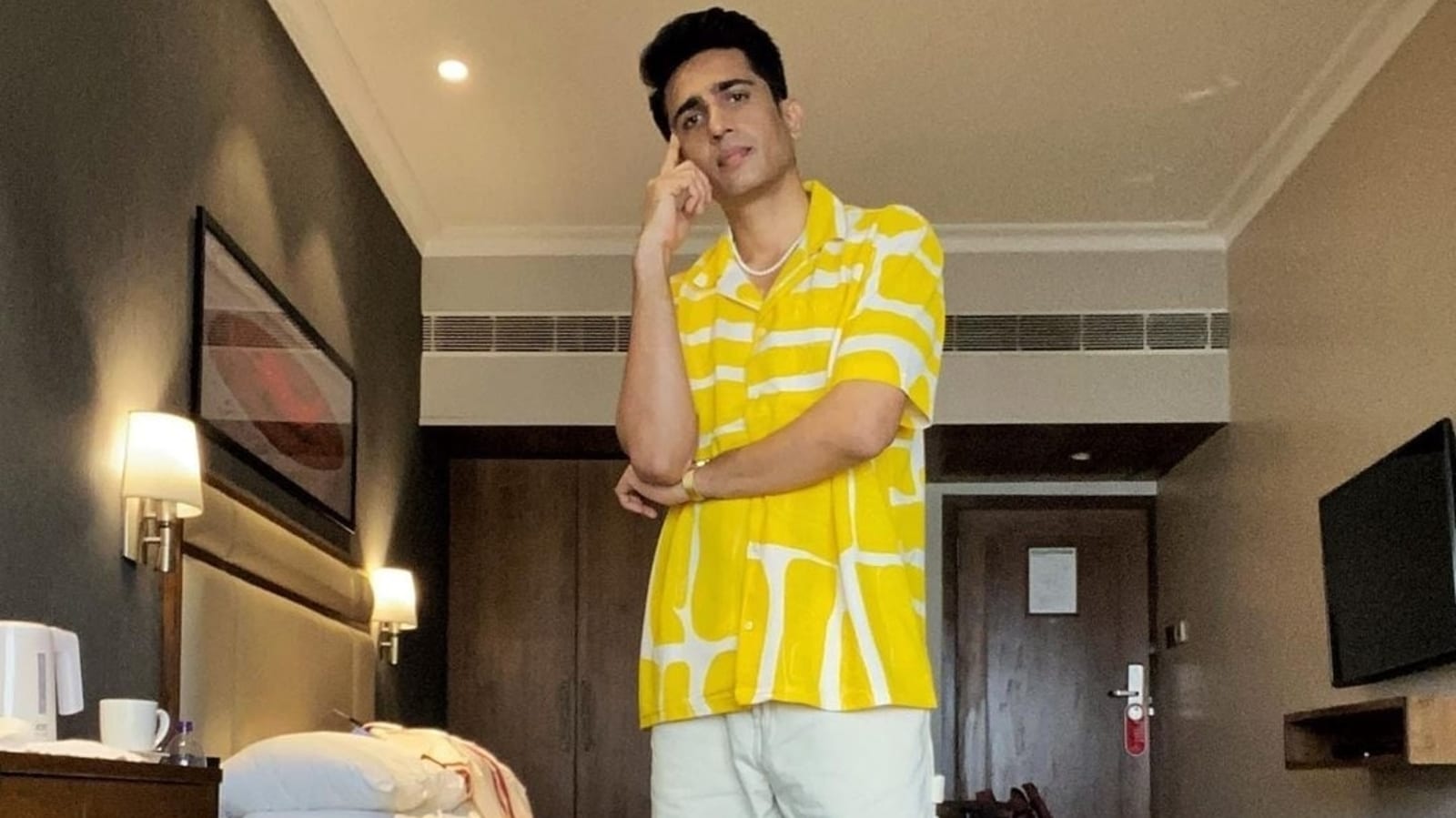 Currently riding high on the praise coming his way for Duranga, Gulshan Devaiah is back with yet another suspense thriller, Shiksha Mandal. The actor will now be seen running a coaching institute in the new web series based on an education scam. Ask him about switching from one character to another, Gulshan explains the entire process of what all goes in the making of a character. He has also offered himself to play the leading lady opposite Kartik Aaryan in Aashiqui 3, the makers of which are yet to announce the female cast. (Also Read | Aashiqui 3: Gulshan Devaiah wants to play Kartik Aaryan’s ‘leading lady’)

In an interview with Hindustan Times, Gulshan opens up about why he came with such an offer (which still remains open). He had played a gay man in his last film Badhaai Do. The actor is in no mood to get comfortable in his acting career and is still waiting to break the glass ceiling with an out of the box performance. Excerpts:

So Shiksha Mandal is based on which medical entrance scam?

It is not based on one particular scam. It’s based on a medical entrance exam scam, the most popular of them is Vyapam, but it has elements from lot of other scams as well which happened in the education system.

Tell us more about your role and the plot.

My character Aditya runs a coaching institute. He wanted to be a doctor but since he couldn’t become one, he opened a coaching institute. He is very good at it and is popular among students. His sister is also preparing for a medical entrance exam and is the top student of his institute as well. But then their life goes into a spiral as they get embroiled in a scam. Gauahar Khan also has a leading part, she plays a police officer in the Special Task Force who takes up the case. There is also the fine actor Pavan Malhotra, who plays the bad guy.

You recently offered to play the leading lady opposite Kartik Aaryan in Aashiqui 3. Kindly elaborate.

The offer is still open. It is a serious offer. It will be really awesome, hum do bhai milke dhamaal karenge, bhadiya rahega (we brothers will rock, it will be amazing). Out of the box casting, no one will see it coming and everyone will be thoroughly entertained. Maan nahi raha koi meri baat (no one is listening to me), I am ready. I am fine with playing a gay man but here I am offering myself to play a leading lady. Kartik is the leading man, Gulshan Devaiah should be his leading lady. Isn’t it a wonderful challenge? Being a straight guy, how do I convincingly play a pretty leading lady! It’s a joke. But if you think about it seriously, it’s a tough thing to pull off.

What if the offer actually comes your way?

I have to figure it out, how to do it. I will definitely consider it. If I pull it off convincingly, it will be awesome.

Talking about Duranga, every scene was filmed in an exact similar manner. Had you watched the original?

No, I only watched the trailer. I didn’t want to be influenced in any way by the original actor’s performance.

You have entirely different roles in Duranga and Shiksha Mandal. How do you get into the skin of the character, do you do any kind of prep?

I do thorough pre-production. Sometimes it can go to 4-6 weeks depending on the requirement of the role. I like to take my time, ideally 4-6 weeks, but sometimes you don’t get as much time as you want, due to the shooting schedule. I definitely use my imagination; the most important thing is – what is my interpretation of the script. I like to have a lot of discussion with the writer and director to understand their perspective. The main task is mainly the use of imagination to instruct the illusion of a character. I show it to the director and get their feedback. Once I know I am on my way, I add more layers to my character. Its like a magician creating an illusion, you know its not real. But if you prepare well, that illusion is more believable. And of course, experience counts, I have been working since quite a long time. Experience helps me in making it more believable and it shortens the preparation time.

You also have Guns and Gulaabs in pipeline. Also, what can we expect from you in Blurr.

Guns and Gulaabs is a Western, if that is made in India. Raj and DK will not call it a western, in my head it is. In Blurr, there is an awesome chemistry between me and Taapsee Pannu. It is a psychological drama and a remake. I have an interesting role, it misleads people.

Are you satisfied with the work and appreciation coming your way?

I wish for something that really breaks the ceiling, that quantum leap moment hasn’t happened till now. Whatever I have right now, it has taken those years and it has slowly accumulated. I am very happy with it, very satisfied. I had my fair share of good fortune as well as misfortune and bad luck, but that’s life. I am successful but not enormously successful. What I am going to do after that, I don’t know. But I am sure that I am quite capable of handling that.

So that struggle period is over for you?

You are always struggling and you should always be struggling. I don’t think you should feel comfortable and settled. Comfort is important, like when I am sleeping; but when it comes to my career, I feel like I am secure but not comfortable. I wasn’t feeling like ‘Oh, from where will the money come’ during Covid lockdown. I am secure, have basic comforts in life. Do I want to be comfortable in my career? No. I want to be challenged and be a little uncomfortable. Little bit of stress is good for growth.