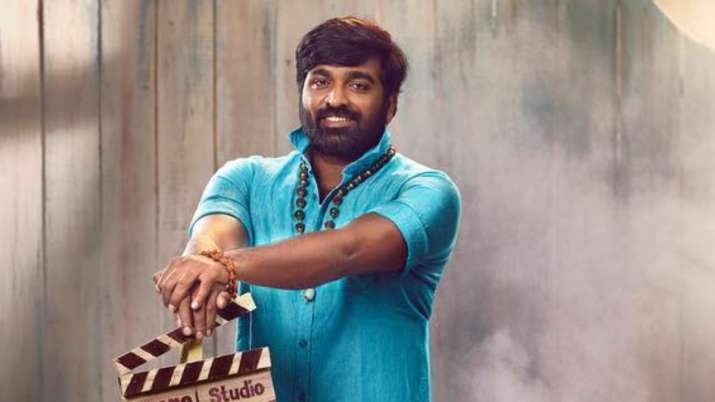 Happy Birthday Vijay Sethupathi: Vijaya Gurunatha Sethupathi Kalimuthu, who has made a name for himself in the Tamil, Telugu and Malayalam film industries turns a year older today. The Tamil star is known for his acting chops, and he garnered acclaim beyond his home turf with acclaimed films like Thenmerku Paruvakaatru (2010), Sundarapandian (2012), Pizza (2012), Naduvula Konjam Pakkatha Kaanom (2012) & Super deluxe (2019). From being a romantic hero to an action star to a thriller master, the actor has worked across genres, mediums and languages. On Vijay Sethupathi’s birthday here’s looking at 7 of his most anticipated films:

Director Lokesh Kanakaraj’s ‘Vikram’, which features actors Kamal Haasan, Vijay Sethupathi and Fahadh Faasil in the lead, has got film buffs and fans smacking their lips in delight. The very thought of three exceptional actors working together in a film that is being directed by a man, who is known to have a penchant for narrating intense and layered scripts with enviable ease has got several film buffs interested in the film. This film is on the list of every fan of good cinema and luckily for all of us, the filmmakers have advanced the date of their film’s release to March 2022 from April 2022.

Actor Vijay Sethupathi is to play the lead along with Katrina Kaif in the upcoming thriller ‘Merry Christmas’ that is to be directed by Sriram Raghavan. Filming of this thriller has commenced in Mumbai. The film that is being produced by Ramesh Taurani and Sanjay Routray is scheduled to release on December 23, 2022 for the Christmas weekend.

19(1)(a) is an upcoming Indian Malayalam-language film written and directed by debutant Indhu V.S. The film stars Indrajith Sukumaran, Nithya Menen, Indrans and Vijay Sethupathi. The film marks Sethupathi’s debut in a lead role in Malayalam and his second Malayalam film after Marconi Mathai.

Yaadhum Oore Yaavarum Kelir is another anticipated film of south superstar. The title is a reference to a quote by Kaniyan Pungundranar, translates to — To us all towns are our own, everyone is our kin. It is an upcoming Indian Tamil-language action-thriller film directed by debutante Venkata Krishna Roghanth and produced by Esakki Durai under the banner of Chandaraa Arts. The film stars Vijay Sethupathi and Megha Akash.

“Viduthalai” means freedom. The film is pitched as an edge-of-seat thriller with a strong socio-cultural comment. The upcoming Indian Tamil-language crime thriller film written and directed by Vetrimaaran. The film stars Vijay Sethupathi, Soori and Gautham Vasudev Menon. This film is adapted from short story Thunaivan written by Jeyamohan.

The Tamil star is made much noise by announcing his Bollywood debut. The actor will star in Santosh Sivan’s “Mumbaikar”, a Hindi remake of the 2017 Tamil hit, “Maanagaram”. The film stars Vikrant Massey, Vijay Sethupathi, Tanya Maniktala, Hridhu Haroon, Sanjay Mishra, Ranvir Shorey and Sachin Khedekar.