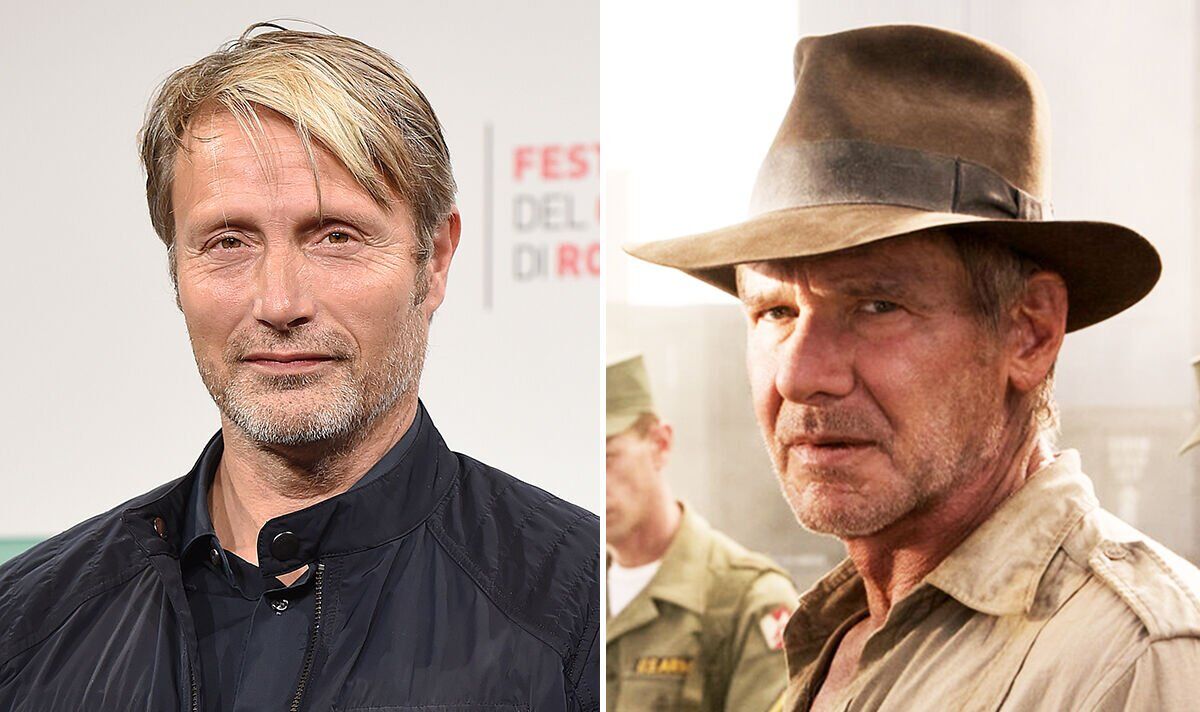 Next summer, Indiana Jones 5 will finally hit cinema screens, over 40 years since Raiders of the Lost Ark was released. Harrison Ford has finished filming the Steven Spielberg-produced blockbuster, which is set around the 1969 Moon Landing.

Photos from the British set last year also capture extras dressed as Nazis and Indy with dots on his face. By the looks of it, we could be getting some flashbacks from World War II, an era of the character’s history we’ve not seen on the big screen before.

Indiana Jones 5 co-stars Phoebe Waller-Bridge in a mystery role, alongside Mads Mikkelsen playing the film’s villain. The James Bond star has recently spoken out about working with the 80-year-old Hollywood legend at the Sarajevo Film Festival.

Ford said: “I’m really proud of the movie that we made. So I’ll be seeing you around campus…” He showed off a first-look image of himself as Indy walking over a rope bridge inside a cave.

A title for the new film is yet to be announced, but hopefully, it’ll be before the end of the year. It wouldn’t be surprising if a first teaser was attached to Avatar 2 just before Christmas.