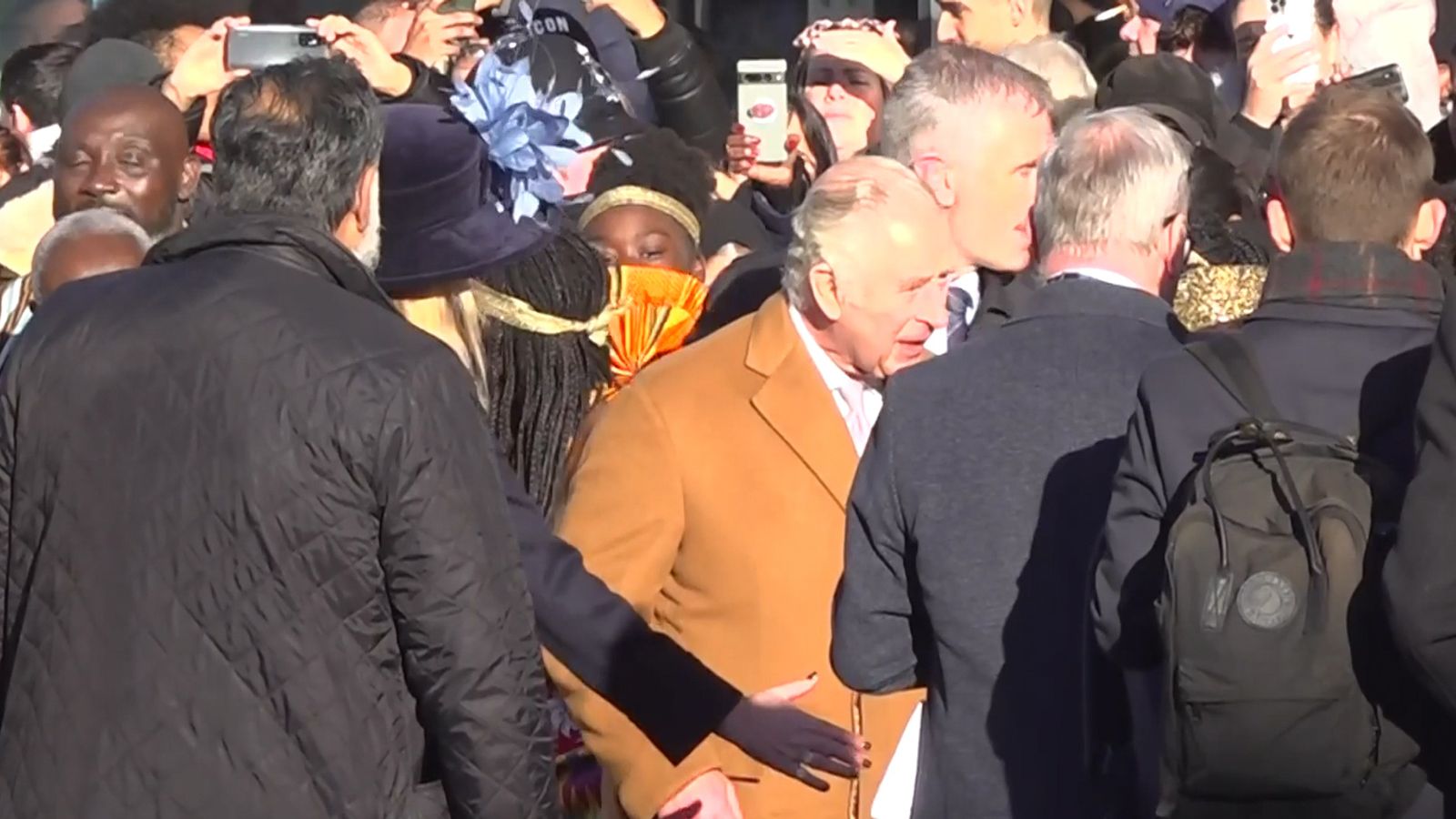 A man has been fined after admitting to throwing an egg at King Charles during a royal walkabout in Luton.

Harry May, 21, of Luton, was charged with a Section 5 public order offence following the incident during the monarch’s visit to the town on 6 December.

The monarch was initially steered away from crowds by protection officers, but continued to greet members of the public after being moved to a different area.

Prosecutor Jason Seetal told Westminster Magistrates’ Court that May was detained after officers saw him hurl a projectile towards the royal as he spoke to members of the public.

The egg landed on the floor nearby.

When confronted by a police officer who asked what he had thrown, he replied: “An egg.”

A second egg was found in a soup tin in May’s jacket while he was being searched by police and he admitted he had also planned to throw that too.

The prosecutor told the court that when officers interviewed May, he told them he had thrown the egg “because he believed the King visiting a town like Luton, which is a deprived and poor area, was in bad taste and he wanted to make a point of this”.

He claimed he had not intended to hit King Charles.

His lawyer, Alex Benn, told the court May “cares deeply about his local community” but that he “deeply regrets” his actions.

Addressing May, chief magistrate Paul Goldspring said: “Whatever disagreement you have with somebody, the way to resolve it is not to throw projectiles at them.”