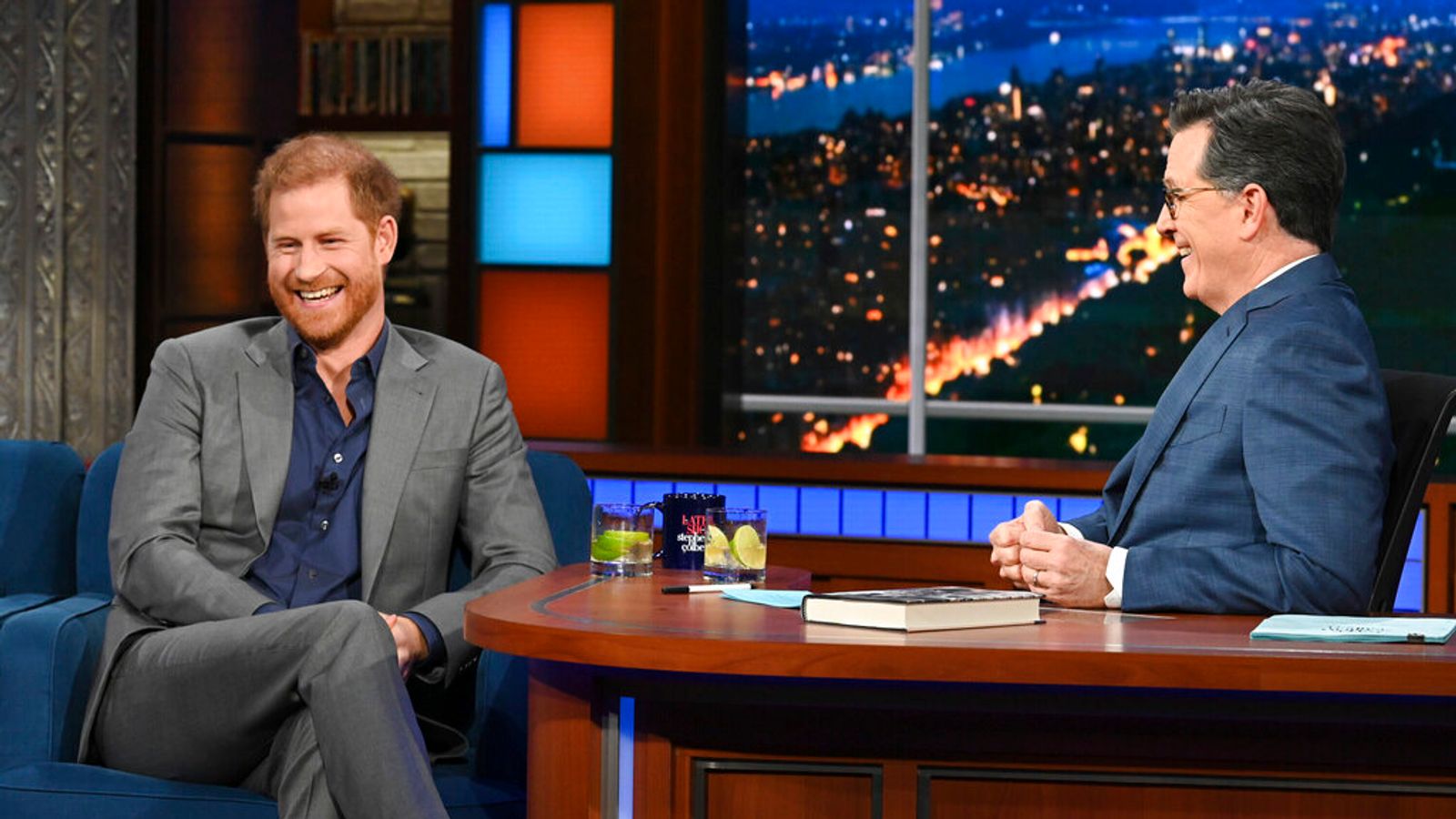 Prince Harry has said the “most dangerous lie” about his explosive memoir Spare is that he boasted about killing 25 Taliban while serving as a soldier in Afghanistan.

The controversial book, which was released on Tuesday, sparked an uproar after it was revealed the Duke of Sussex had engaged in “the taking of human lives”.

“So, my number is 25. It’s not a number that fills me with satisfaction, but nor does it embarrass me,” he wrote.

The prince said he did not think of them as “people”, but instead as “chess pieces” that had been taken off the board.

In an interview with Stephen Colbert on The Late Show, the 38-year-old said it had been “hurtful and challenging” to watch the reactions after his book was prematurely leaked.

He claimed the British press has “intentionally” taken his words out of context and pushed “lies” have been spread through some of the book’s leaks.

“Without a doubt, the most dangerous lie that they have told, is that I somehow boasted about the number of people that I killed in Afghanistan,” he said.

He suggested his words had been taken out of context in the book, before saying: “I should say, if I heard anyone boasting about that kind of thing, I would be angry. But it’s a lie.

“And hopefully now that the book is out, people will be able to see the context, and it is – it’s really troubling and very disturbing that they can get away with it.

“Because they had the context. It wasn’t like ‘here’s just one line’ – they had the whole section, they ripped it away and just said ‘here it is, he’s boasting on this’.

“When as you say, you’ve read it and hopefully everyone else will be able to have the chance to read it, and that’s dangerous.

Admiral Lord West, former head of the Royal Navy, said the duke had been “very stupid” for giving details of his Taliban kills.

The retired admiral told the Sunday Mirror that the Invictus Games – which were created by Harry and are scheduled to be held in Dusseldorf, Germany, this year – will have “serious security issues” because of their direct connection to Harry.

Read more:
Cheeky book shop display sits Prince Harry’s Spare next to How To Kill Your Family
All the celebrities Prince Harry mentions in Spare – from Spice Girls to Courteney Cox and supermodels
Midnight queues as Prince Harry’s memoir hits the shelves – here’s why people are buying it

Lord West added that the global multi-sport event for wounded, injured and sick servicemen and women will be a prime target for those seeking revenge.

Meanwhile, a senior Taliban leader Anas Haqqani tweeted that the militants Harry had killed in Afghanistan were “not chess pieces, they were humans”.

Harry told Colbert he had been driven to discuss his kills in the hopes of reducing veteran suicides.

“I made a choice to share it because having spent nearly two decades working with veterans all around the world, I think the most important thing is to be honest and to give space to others to be able to share their experiences without any shame,” he said. 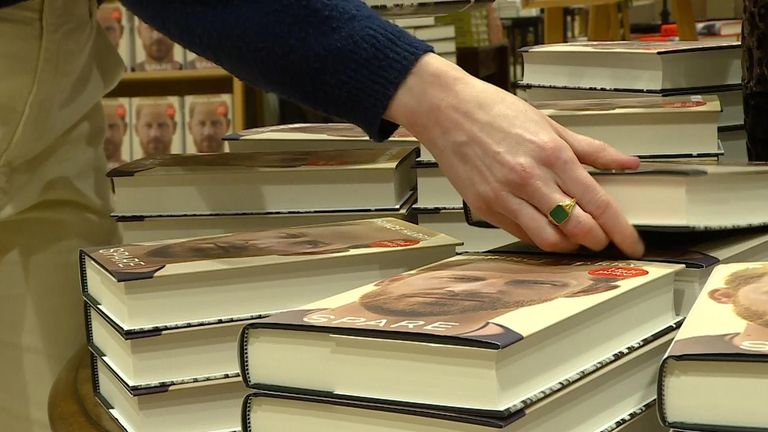 “And my whole goal, my attempt with sharing that detail, is to reduce the number of suicides.

Elsewhere in the interview, Harry admitted to watching The Crown – the hit Netflix historical drama series about Queen Elizabeth II’s reign and the Royal Family.

“You’ve got have watched some of The Crown, right?” Colbert asks.

“Yes, actually, I have watched The Crown,” Harry said. “The older stuff and the more recent stuff.”

On whether he fact-checks the Netflix show, the prince laughed before quipping: “Yes, I do actually. Which, by the way, another reason it is so important that history has it right.”

Harry’s interview with Colbert marks the end of the press run for his autobiography, which has become the fastest-selling non-fiction book ever, recording figures of 400,000 copies so far across hardback, eBook and audio formats on its first day of publication.

The prince has used the 550-plus pages of Spare to make headline-dominating claims including accusing William of physically attacking him and teasing him about his panic attacks, saying King Charles put his own interests above Harry’s and, in a US broadcast interview, branding Camilla as the “villain” and “dangerous”.

But as a well-connected individual, the book is also packed with celebrity cameos, from the Spice Girls to Courteney Cox.