The temperatures needed for a heatwave to be officially declared have been increased across eight English counties, the Met Office has announced.

Heatwaves are called when an area has at least three days in a row with daily maximums hitting or exceeding a certain temperature threshold.

Levels are designed to be relative to the current climate, but as global warming is pushing up UK temperatures, thresholds have now increased for eight English counties ahead of the summer months.

Heatwaves are called when an area has at least three days in a row with daily maximums hitting or exceeding a certain temperature threshold. Here, the central map shows the original thresholds, the right map the updated thresholds and, as an additional demonstration of a changing climate, the left hand one shows what they would have been if we had had this definition in place for 1961-1990 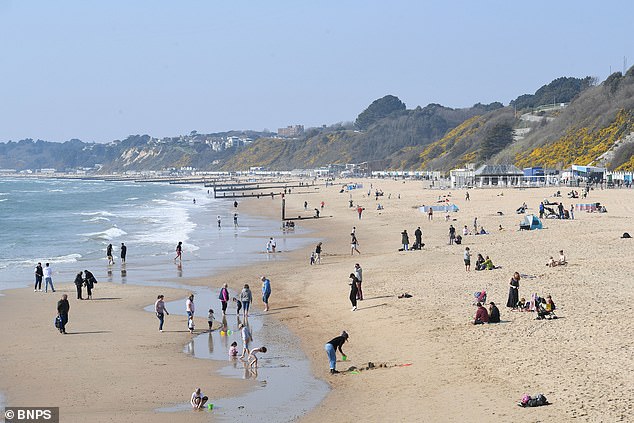 Although heatwaves are extreme weather events, a Met Office spokesperson has said that climate change is making these events more likely. Here, people enjoy a day of blazing sunshine and warm temperatures on the beach in Bournemouth, Dorset on Sunday morning (March 27, 2022)

The fact only eight counties have been updated reflects the fact that warming across the country has not been even, and some regions are experiencing more rapid change than others.

Although heatwaves are extreme weather events, a Met Office spokesperson has said that climate change is making these events more likely.

‘Temperature rise has been greatest across parts of central and eastern England where they have increased by more than 1.0°C in some locations. 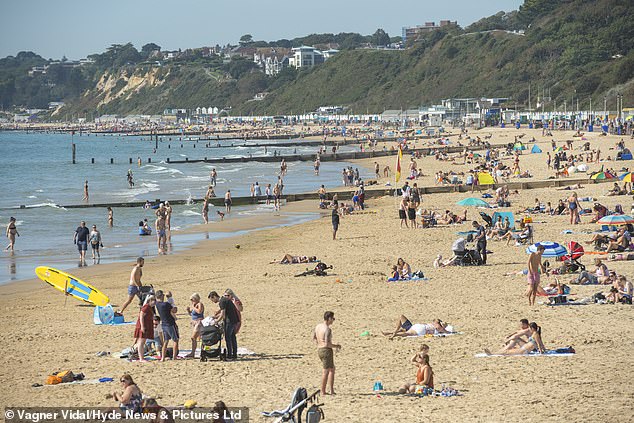 Heatwave thresholds, which are being altered, are separate from extreme heat warnings, which highlight very high temperatures to help protect lives and property. Pictured are beach-goers in Bournemouth, Dorset, on Monday (March 29) 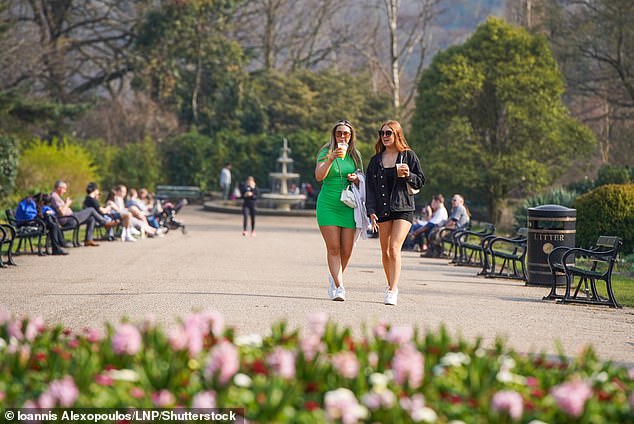 Members of the public enjoy the spring weather in the Botanical Gardens in Sheffield. Yorkshire on March 23, 2022

‘As greenhouse gas concentrations increase, heatwaves of similar intensity are projected to become even more frequent, perhaps occurring as regularly as every other year.

‘Further north areas of Scotland and Northern Ireland have seen temperatures rise by closer to 0.7°C.’

Previous heatwave thresholds were based on the climate in the period 1981-2010, and were intended to be reviewed and revised to represent heatwaves relative to the current climate, the Met Office said.

The heatwave thresholds are separate from extreme heat warnings, which highlight very high temperatures to help protect lives and property, and the UK Health Security Agency heat-health alert, issued in England only, to flag up the impact of prolonged heat on public health. 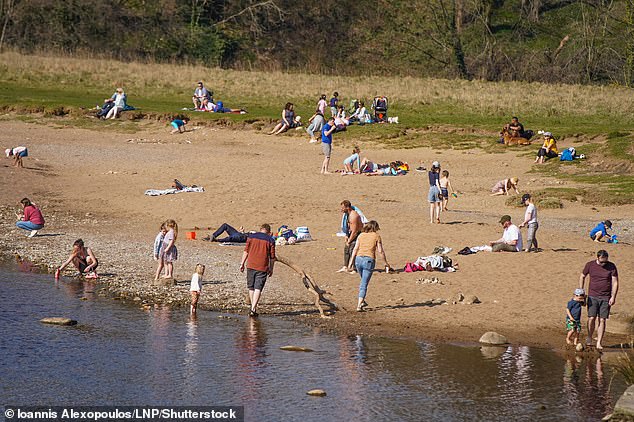 The public make the most of the sunshine at Bolton Abbey, North Yorkshire, on March 26, 2022 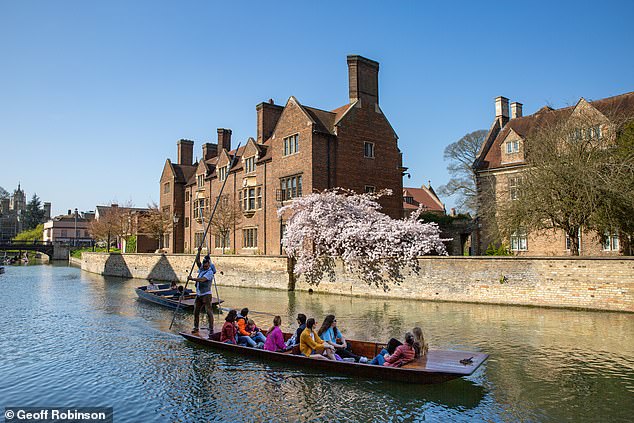 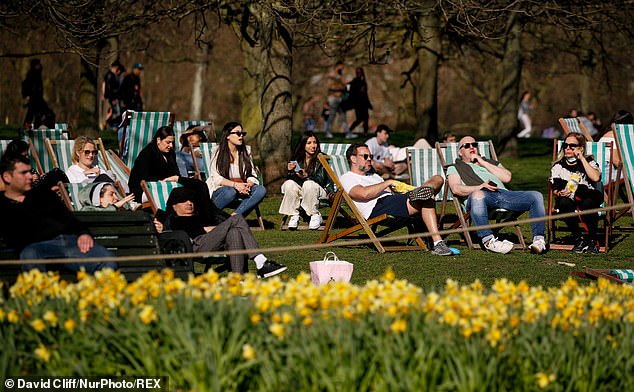 The threshold for when a heatwave is declared is raised in eight counties across the UK, as temperatures have continued to rise. Pictured, people enjoying a heatwave in Hyde Park on March 29, 2021

A study by the Met Office into the summer 2018 heatwave in the UK showed that it was 30 times more likely to occur now than in 1750 because of the higher concentration of carbon dioxide, a greenhouse gas, in the atmosphere.

Data from the EU’s satellite system has also recently revealed that 2021 was the fifth-warmest year on record.

‘ANOTHER NAIL IN THE PLANETARY COFFIN’: LAST SEVEN YEARS HAVE BEEN THE HOTTEST ON RECORD ‘BY A CLEAR MARGIN’

The last seven years have been the hottest on record ‘by a clear margin’, data shows, with levels of the climate-heating gases carbon dioxide and methane continuing to rise in 2021.

Recent analysis from the EU’s satellite system found that 2021 — which included record-breaking weather events such as the hottest summer ever in Europe, extreme heatwaves in Canada and the Mediterranean, as well as wildfires in Greece — was the fifth-warmest year.

Experts described the findings as ‘another nail in the planetary coffin’ and ‘a punch in the face to make politicians and public alike wake up to the urgency of the climate emergency’.

‘2021 was yet another year of extreme temperatures with the hottest summer in Europe, heatwaves in the Mediterranean, not to mention the unprecedented high temperatures in North America,’ said Buontempo.

‘The last seven years have been the seven warmest on record.’