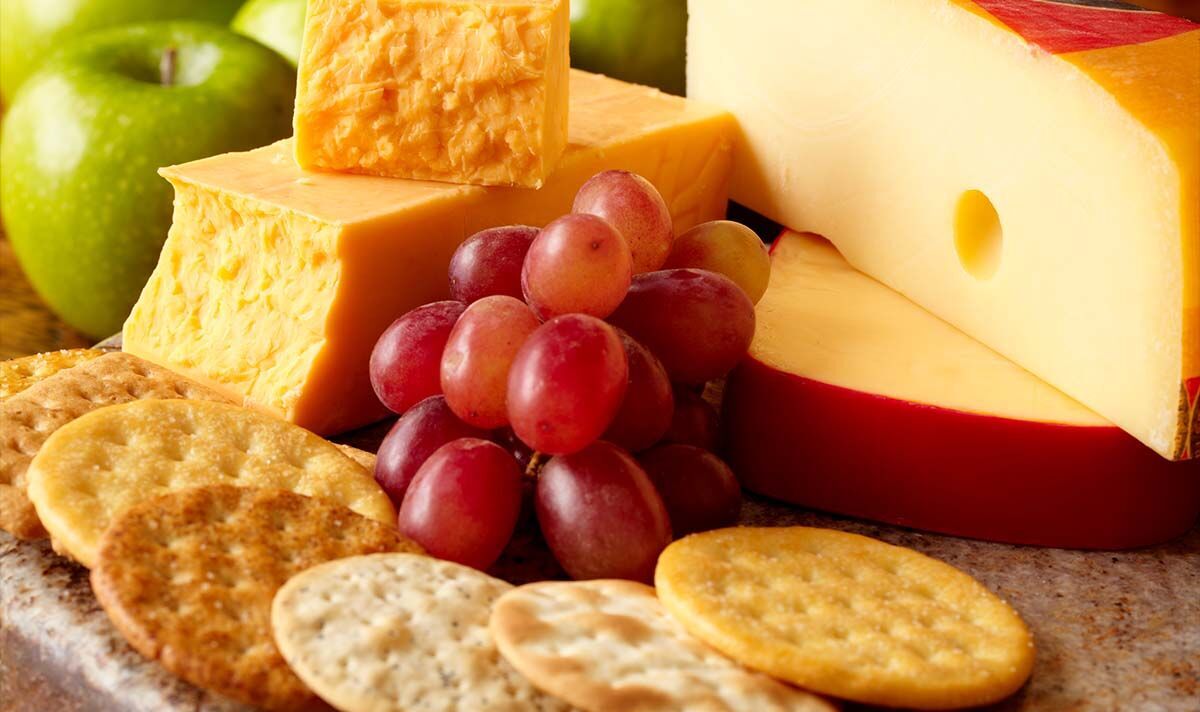 Cheese is undoubtedly a beloved part of the Christmas menu but this naughty treat doesn’t represent a smart choice for those with high cholesterol. Apart from its delicious taste, the dairy product is also packed with saturated fat, which raises the fatty substance and puts you at a higher risk of cardiovascular diseases. Diabetics are already at a higher risk of heart problems so cheese isn’t the best option for them either. However, one type might be an exception to this cholesterol rule, according to surprising research.

Placed on a cracker with a spoonful of chutney or melted in a baking dish with a side of bread, cheese is a Christmas staple.

While creamy brie and fruity Wensleydale might make a way to your fridge during the festive season, Norwegian Jarlsberg cheese could show more kindness to your cholesterol and blood glucose levels.

A surprising study, published in the British Medical Journal Nutrition Prevention & Health, found that this cheese with regular holes doesn’t act like other similar dairy products.

Characterised by its nutty flavour, Jarlsberg is a mild and semi-soft cheese made from cow’s milk that originates from Jarlsberg in Eastern Norway.

READ MORE: Acholic stools are ‘the most common’ sign of pancreatic cancer in ‘initial’ stages

While the research team set out to observe the effects of Jarlsberg on bone thinning, the team also arrived at this surprising conclusion.

The researchers studied 66 healthy women, with an average age of 33 and average body mass index of 24, which is considered “normal”.

These women got to enjoy a daily 57-gram portion of Jarlsberg or 50 grams of Camembert cheese for six weeks.

At the end of this period, the group eating Camembert was switched to Jarlsberg for another six weeks.

They even go on to suggest that Jarlsberg cheese might therefore help to prevent metabolic diseases, such as diabetes; however, further research is needed to confirm this.

Professor Sumantra Ray, Executive Director, NNEdPro Global Centre for Nutrition and Health, which co-owns the journal, said: “Different methods of preparation mean there are key differences in the nutrient composition of cheese which has often been regarded as a homogenous food item in dietary research to date. This needs to be addressed in future studies.”

However, the expert also urged caution over adding Jarlsberg to your daily menu as it’s still cheese after all.

Sumantra said: “As this is a small study in young and healthy people designed to explore novel pathways linking diet and bone health, the results need to be interpreted with great caution as the study participants will not necessarily be representative of other groups.

“And it shouldn’t be taken as a recommendation to eat a particular type of cheese.”