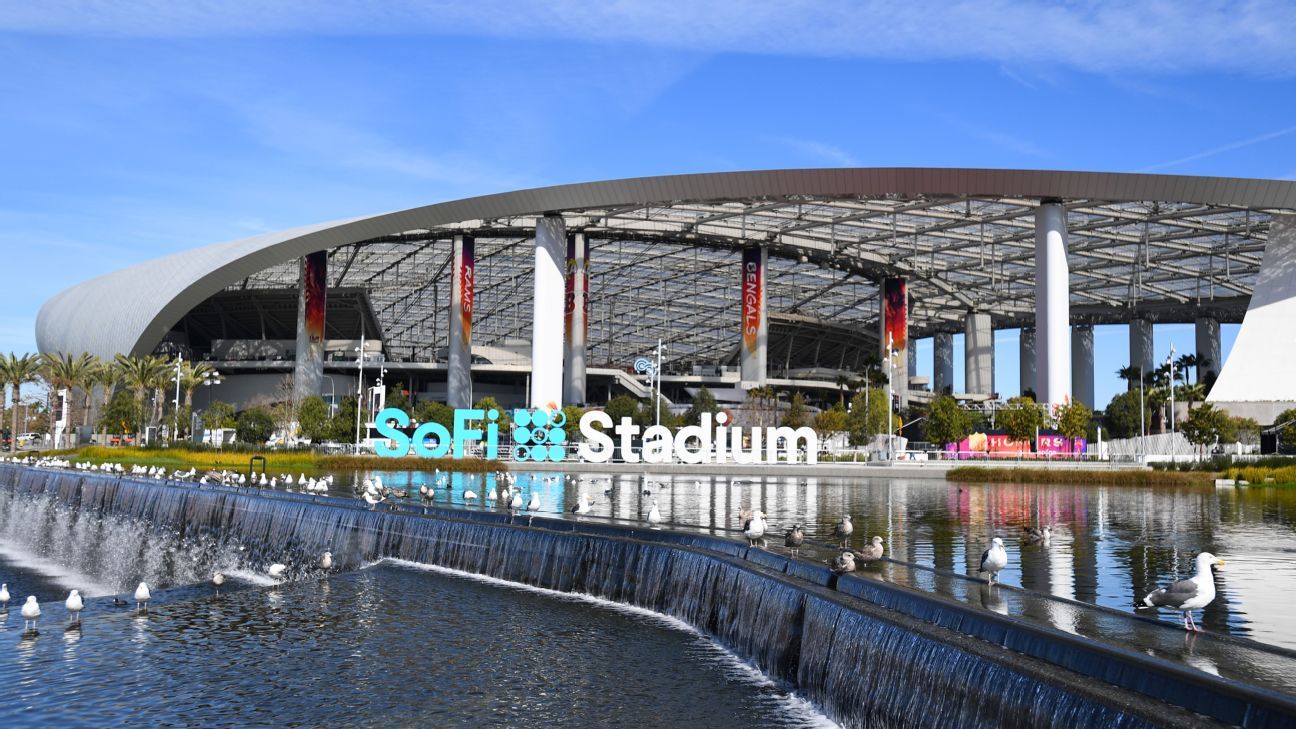 Sunday’s showdown between the underdog Cincinnati Bengals and Los Angeles Rams could be the last Super Bowl of its kind — an NFL championship game played in a state without a legal sports betting market.

Arizona, Nevada and Louisiana, where the next three Super Bowls will be held, respectively, are among 30 states and the District of Columbia with legal sports betting. In 2021, U.S. sportsbooks accepted nearly $60 billion in bets, generating more than $4.3 billion in revenue. New York launched its online betting market in January and took more than a billion dollars in bets in its first 21 days.

Indeed, sports betting in the U.S. is booming, and California, home to the nation’s biggest population and largest economy and site of Super Bowl LVI, isn’t even in the game … yet.

When the game kicks off Sunday afternoon at SoFi Stadium in Los Angeles, Californians looking to place a bet with a legal bookmaker will need to leave the state. Some will drive across the border into Nevada, Oregon or Arizona to place their bets in the legal markets. Many California bettors won’t bother with the travel, though, and will simply log on to their local bookie’s website to place their bet on the Super Bowl as they’ve done for decades.

A professional sports bettor based in Los Angeles, who uses the pseudonym Joey Isaks, said he uses around 100 different bookmakers, most of whom are local and deal in cash.

“Some of them say when [legalization] comes, they’re getting out,” the professional bettor said in a phone interview this week. “But these are like 65-year-old guys who’ve never done anything else, and I don’t think they’ll actually stop.”

Bengals fans in Ohio are in the same boat as Californians when it comes to betting on Sunday’s Super Bowl. Ohio, however, has passed legislation authorizing sports betting and is aiming to launch toward the end of the year. Meanwhile, the high-stakes battle rages on in California.

On Nov. 8, California voters will have a chance to change the gambling landscape, but bringing sports betting to the state is complicated and uber-competitive.

Powerful tribal gaming operators are squaring off with the nation’s largest bookmaking companies, along with the state’s card rooms — which employ thousands of Californians — for a piece of the pie. Stakeholders are investing millions of dollars in support of their initiative and in opposition to competing proposals. When it’s all said and done, sports betting could be the most expensive ballot measure in California’s history.

Collectively, four separate proposals have been made, but only three have gained traction. Two of the leading measures would allow online sports betting; the other, which is the only proposal already qualified to be on the ballot, would restrict sports betting to in-person wagers at tribal casinos and four horse racing tracks. Which initiative prevails, if any, could swing billions of dollars.

“California really comes down to structure,” Chris Grove, a sports betting industry investor and partner in consulting firm Eilers & Krejcik Gaming, told ESPN. “You could be looking at some pretty big swings depending on the who and how of sports betting authorization.”

Macarro believes his coalition’s initiative is “the most responsible approach” to authorizing sports betting in California, emphasizing that “all bets must be placed in person at a tribal casino with safeguards in place to help prevent underage and illegal gambling.”

Opponents of a retail-only approach point to the massive underground and offshore sports betting markets that California sports bettors use now.

“Right now, there’s a pervasive illegal [betting] market in the state of California, where there are no age verification methods,” Griffin Finan, vice president of government affairs for DraftKings, said.

Finan says the initiative DraftKings supports would allow operators to use technology aimed at preventing minors from accessing the sportsbook.

Representatives for the card rooms worry that the in-person proposal is a disguised attack on their business.

“The tribal gaming measure is not about sports betting,” Becky Warren, a spokesperson for the Taxpayers Against Special Interest Monopolies, told ESPN. “It is an attempt to expand a gaming monopoly and generate countless frivolous lawsuits at the expense of communities across the state.”

A look at the three sports betting initiatives considered to be among the leading candidates in California:

• The California Sports Wagering Regulation and Unlawful Gambling Enforcement Act, supported by a coalition of tribes, led by Pechanga, is the only one that has already qualified to be on the ballot in November. It would restrict sports betting to only in person at tribal casinos and four horse racing tracks only. The California Legislative Analyst’s Office projects the measure could increase state revenues potentially by “tens of millions of dollars annually.” It is opposed by the card rooms, competitors of tribal gaming operators.

• The California Solutions to Homeless and Mental Health Support Act allows online betting with revenue dedicated to combat the homelessness crisis in California. It is supported by bookmaking giants, like FanDuel and DraftKings, as well as mayors in Fresno, Long Beach, Oakland and Sacramento and homeless service providers. It is still gathering signatures to meet the threshold required to get on the ballot, but it has reached an early benchmark. The Legislative Analyst’s Office projects the measure could produce increased state revenues of “mid-hundreds of millions of dollars annually.” It is opposed by tribal gaming operators.

• The Age-Verified Tribal Online and In-Person Sports Wagering Act would allow in-person and online sports wagering and other new types of gambling. This is supported by a separate coalition of tribes, led by San Manuel. The Legislative Analyst’s Office projects the measure could produce anywhere from “tens of millions of dollars to the mid-hundreds of dollars annually,” depending how the initiative is implemented.