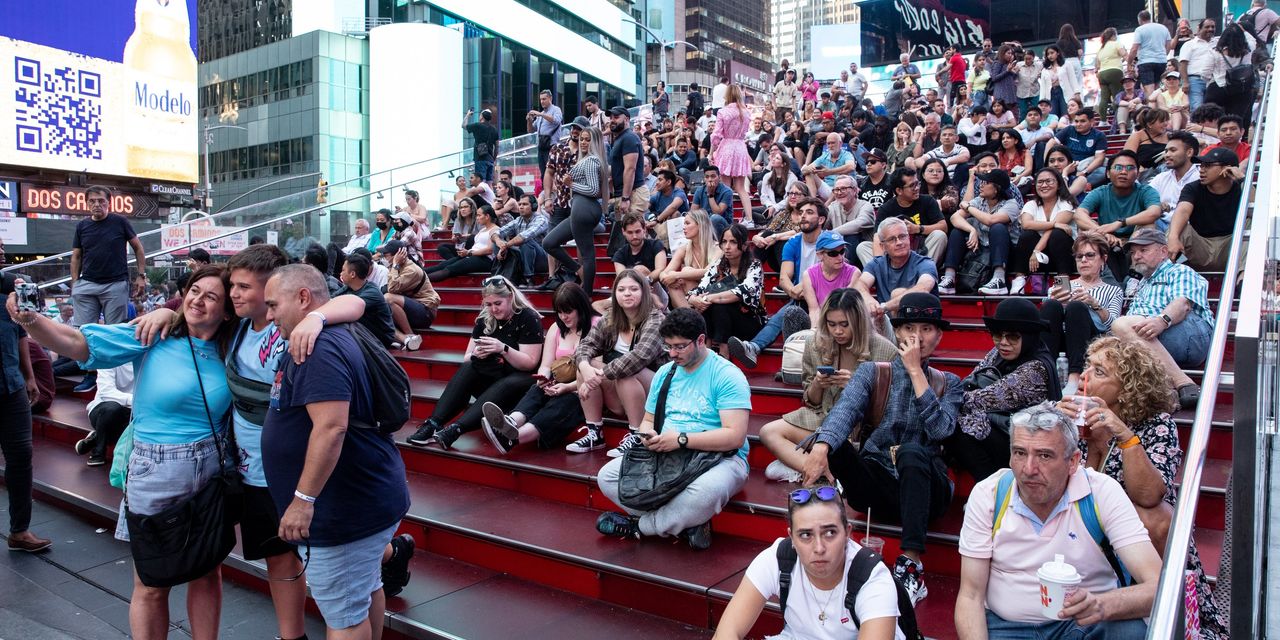 has tapped a major development project in Manhattan’s Times Square to debut a boutique hotel brand, another sign the entertainment district is bouncing back after languishing for much of the pandemic.

The hotel, which will be the first under the new Tempo by Hilton flag, will feature 661 rooms when it opens next year. It is part of TSX Broadway, a $2.5 billion, 550,000-square-foot tower located next to Times Square’s red bleachers and the TKTS discount-tickets booth.

The project started construction in 2019 and aims to offer more Las Vegas-style attractions in a neighborhood whose economy long relied on Broadway, bright lights and souvenir shops.

Times Square’s fortunes soured during the early months of the pandemic, when tourism dried up, Broadway stages went dark and many hotels closed their doors. Some haven’t reopened.

Crowds returned to Times Square over the summer. Pedestrian traffic reached about 94% of prepandemic levels last month, even as international tourism lags behind and the future of office work remains uncertain. Broadway theaters hosted 21 shows during the last week of August, only two fewer than during the same week in 2019. Hotel rooms are selling at higher rates than three years ago and lower retail rents are luring new businesses, particularly restaurants.

“I just see tons of tourists and people wandering around,” said

a longtime restaurant owner in the city who is opening a new seafood place, the Mermaid Oyster Bar, in Times Square next month.

Queens resident Doris Davis rested near the TKTS booth on a recent Wednesday, before heading to the Walter Kerr Theatre to see a performance of the musical “Hadestown.” Ms. Davis, 68 years old, said she recently started going back to theaters after a long hiatus during the pandemic.

Even before the pandemic, Times Square needed more daytime entertainment options, according to

former global head of music at the music-streaming company Spotify.

The tower is expected to host public events, such as product launches and concerts, on the building’s elevated outdoor stage and more intimate gatherings in the building’s supper club, where guests would have access to performers. Mr. Holmstén plans to dedicate one floor of the building to space for artists, including a private entrance, lounge, dressing rooms and recording studios.

Some traditional Times Square entertainment options will remain. L&L Holding is restoring and renovating the historic, 109-year-old Palace Theatre after lifting it 30 feet above street level to make way for ground-floor retail space.

The 36-floor Tempo by Hilton hotel aims to appeal to the busy traveler, Hilton Chief Executive

said, and will include amenities such as Peloton exercise bicycles in some rooms and Bluetooth-enabled mirrors. Some rooms will have views of the New Year’s Eve ball drop.

Times Square hasn’t fully recovered from the pandemic’s blows: 18% of the neighborhood’s storefronts are still dark, according to the Times Square Alliance, a business-improvement district. Concerns about the economy might be holding some people back from reopening or starting new businesses, said Alliance President

Are entertainment and tourism the answers to revitalizing Times Square? Why, or why not? Join the conversation below.

More than 340,000 people visited in August, a 64% increase from the same month last year and nearly on par with prepandemic levels, according to the Times Square Alliance.

“A lot of New Yorkers, tri-staters, people from the United States have rediscovered Times Square,” Mr. Harris said. “That’s why our numbers are so strong without the international tourists.”

There are five fewer hotels operating in Times Square than before the pandemic, but some have recently reopened or are scheduled to in the coming months, including Hilton Times Square. Hotel occupancy hasn’t returned to prepandemic levels, but average daily room rates in June and July surpassed 2019 rates, according to hospitality data and analytics company STR.

Write to Kate King at Kate.King@wsj.com