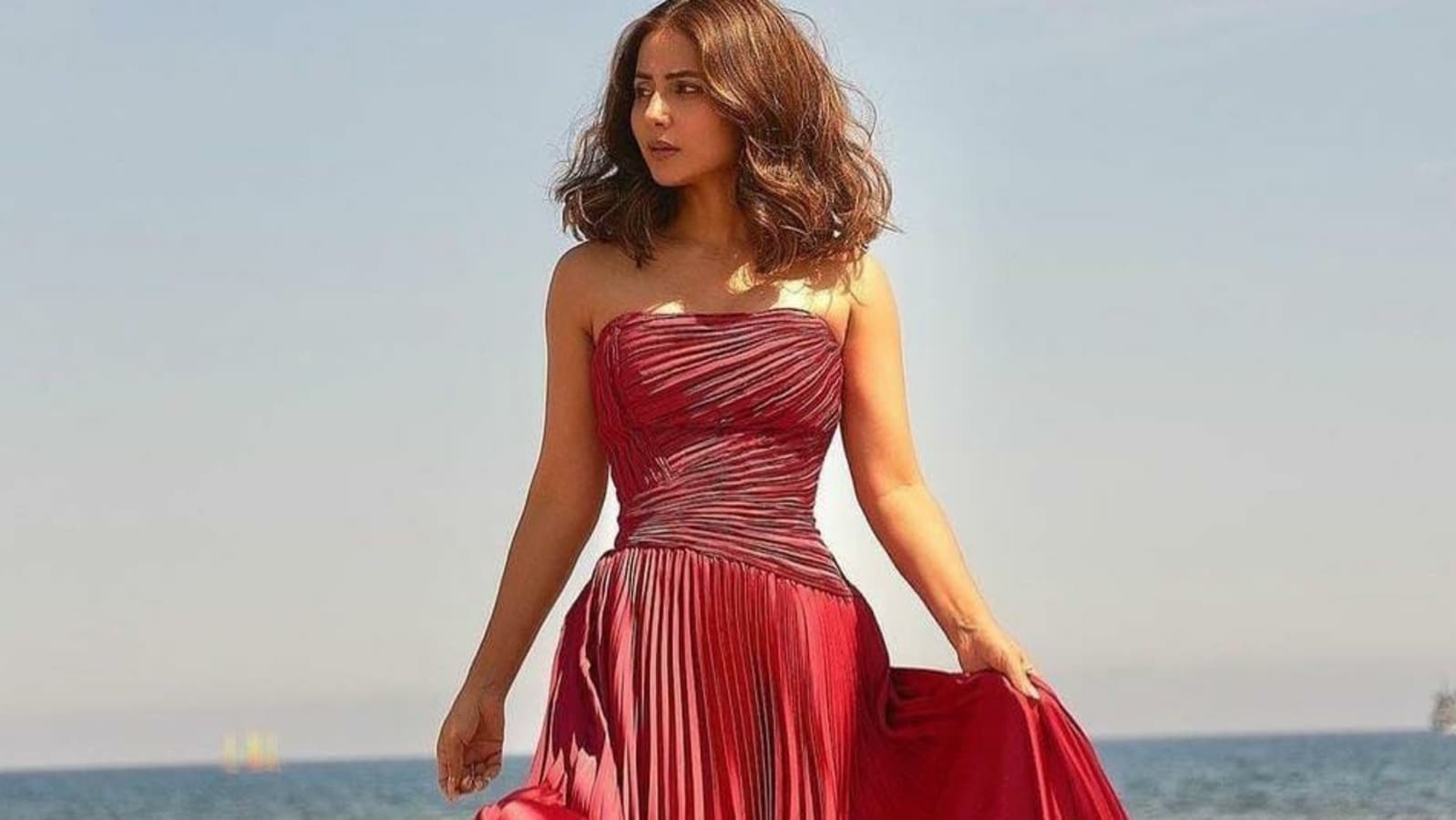 Hina Khan made heads turn with her red carpet appearance at Cannes Film Festival 2022 on Friday. After her debut at Cannes in 2019, the actor is back at the prestigious festival, which, so far, has seen several Indian celebrities, including Cannes 2022 jury member Deepika Padukone and actor Aishwarya Rai Bachchan, walk the red carpet in stunning looks. Read more: Deepika Padukone stuns in red, Aishwarya Rai takes inspiration from shells for Cannes Film Festival day 3. See pics

Hina is at Cannes 2022 to launch the poster of her upcoming Indo-English film, Country of Blind, directed by Rahat Kazmi. While the actor, who rose to fame with her debut TV show, Yeh Rishta Kya Kehlata Hai, served some noteworthy fashion moments at the Cannes Film Festival red carpet, her statement on not being invited to the opening ceremony of India Pavilion at Cannes 2022, too has garnered attention.

Some of Indian cinema’s biggest stars, including veteran actor Kamal Haasan, have travelled to Cannes, as a part of the Indian delegation for the ongoing film festival. On Tuesday, Day 2 at Cannes Film Festival 2022, the India Pavilion was inaugurated by Union I&B Minister Anurag Thakur, in the presence of celebrities like Deepika Padukone, Pooja Hegde, Tamannaah Bhatia, Urvashi Rautela, singer Mame Khan, and others. However, actor Hina Khan said she was ‘disheartened’ at not being invited to the event.

In an interview with Film Companion on the sidelines of the festival, Hina said, although she wanted to launch the poster of her new film at the India Pavilion, she was not invited to its opening ceremony, when all her Indian contemporaries were. She said all actors at Cannes 2022 belong to the same industry, and are there to represent India. However, she said an ‘elitist’ attitude still existed, especially against ‘television stars’ such as herself.

Speaking about missing the India Pavilion event, Hina said, “There is an elitist system, this elitist game, which still exists. There was an opening ceremony that happened at the Indian Pavilion. There was everyone, all the talents, my contemporaries, and not just from Bollywood. It’s not that I envy them, I am so proud of them. But at the same time, it is a bit disheartening, why was I not there? Why was I not there? I could have been there, probably in the audience, at least, cheering for them when they were doing the Ghoomar. I loved the video, I felt so proud of my country.” Deepika, Tamannaah, Urvashi and Pooja danced to a folk rendition of Padmaavat song, Ghoomar, at the event.

Hina Khan, who made her Cannes debut in 2019, noted that although things had changed for her, since her last Cannes outing, it was still tough being regarded as a ‘TV actor.’ She said, “Things changed after Cannes for me, I would not deny that. Things did get a bit easier when it comes to work, meeting people, how they look at you, how they greet you, and the designer stuff that we wear… Of course, there are many who still have their reservations, but there are many who reached out to me and told me, ‘We are not like others, you can reach out to us’. In terms of work, it’s been different, it’s been nice. I always look at the brighter side, but at the same time, it is tough as well… Sometimes, you might not be allowed to enter a certain space, so you have to create your own table…”

Meanwhile, Hina is set to essay the role of police officer Radhika Shroff in Adeeb Rais’ new series, Seven One.