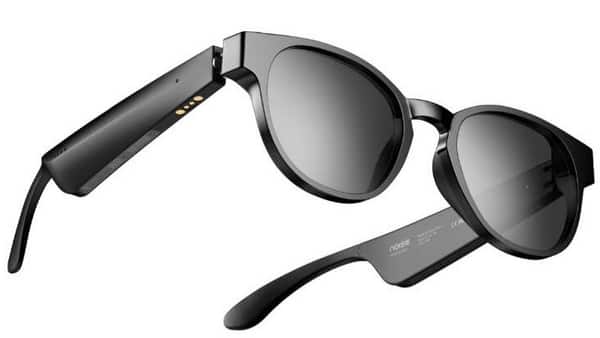 Indian electronics and accessories maker, Noise, has launched its first pair of smart eyewear, called Noise i1. The product, priced at ₹5,999, is identical to what audio brand Bose had introduced in December 2018 with Bose Frames. It will allow users to stream music wirelessly and also attend phone calls.

Noise i1 uses Bluetooth 5.1 to pair with smartphones and stream music through them. It also has touch controls integrated into one of the stalks of the frames, which can be used to play or pause music, accept or reject phone calls, and also activate the voice assistant on a user’s phone. The device is compatible with both Android and iOS smartphones.

Noise said during the launch that the frames will also offer swappable lenses, which could allow users to put prescription eye lenses instead of the default sunglass configuration that the Noise i1 comes in. The device can stream nine hours of music on a single charge, and 15 minutes of charging gives it two hours of playback time.

This is the first product launch for Noise under its newly established innovation division, Noise Labs, which was inaugurated on May 11 this year. The latter is slated to help the company enter new product categories – of which smart frames is clearly one.

To be sure, Noise is hardly the first company to make smart eyewear. In 2018, US-based audiomaker Bose introduced Bose Frames, which offer similar functionality to the Noise i1. Since then, multiple companies have expanded to offer these products. For instance, social media firm Snap introduced its augmented reality glasses, Spectacles, which are available in India at ₹29,999 in their third generation now.

Eyewear brand Ray-Ban also has its own smart glasses, called Stories, and both Ray-Ban and Snap offer camera-equipped eyewear that can be connected to social media channels to post images that you see directly through the glasses.

None of them, however, yet offer a true augmented reality experience. Social media firm Meta Platforms and technology company Apple are believed to be working on AR glasses, but have not marketed the same to consumers yet since they reportedly cost millions of dollars to build.