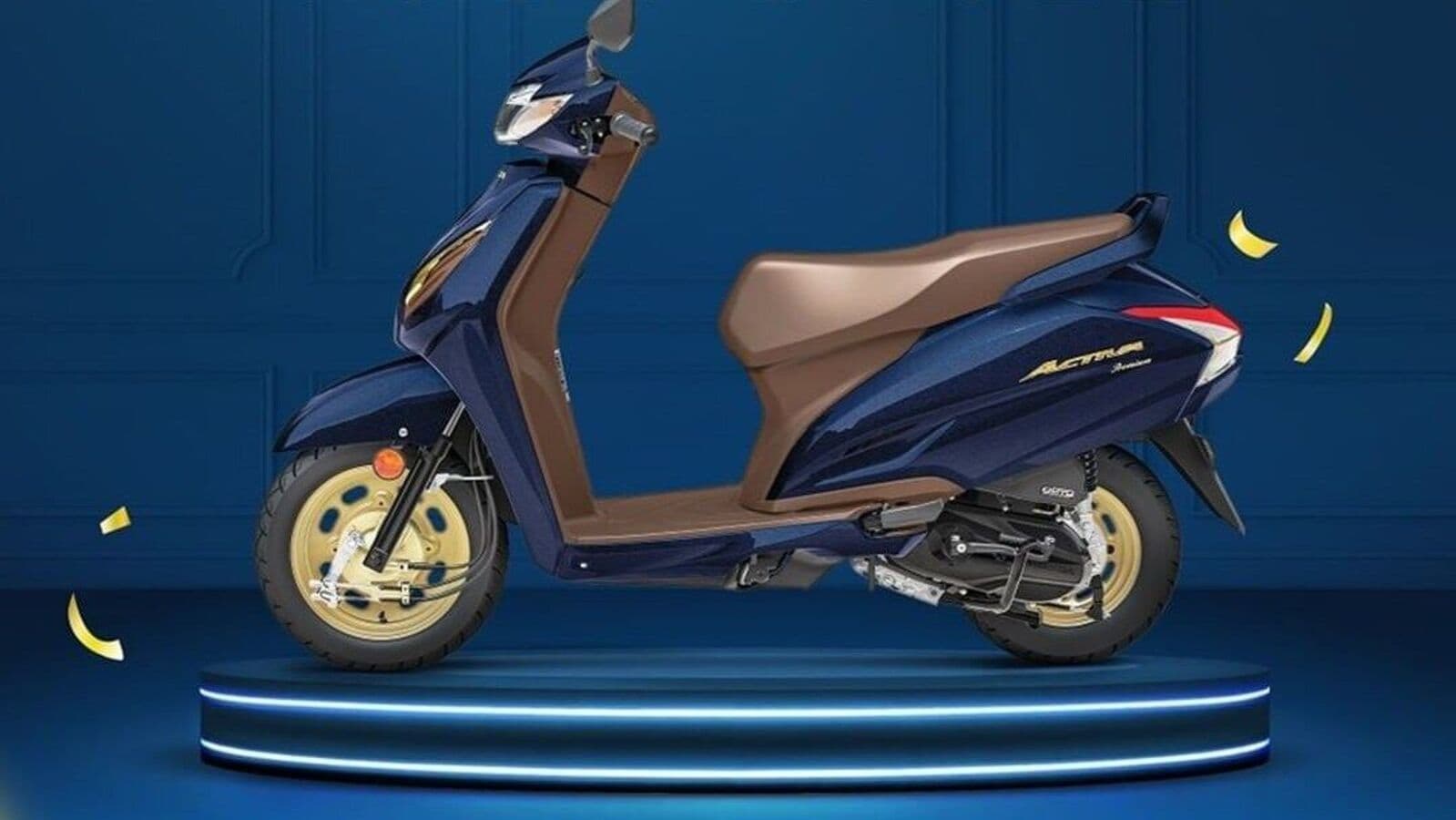 Honda Activa Premium will only get cosmetic upgrades over the standard Activa.

Honda 2Wheelers India has been teasing a new variant of the Activa and then they revealed it would be called Activa Premium. The Japanese manufacturer has teased the new scooter on their social media page. Till now, the price of the Honda Activa Premium is not yet revealed. However, it is expected that it will sit at the top of the line-up.

Through the picture, it is revealed that the Activa Premium will come with only cosmetic upgrades. There is a new paint scheme of blue colour along with golden accents. The golden treatment is done to garnish on the apron, wheels and the Activa badging on the sides. The footboard and the seat are now finished in brown. All these changes do give a more premium look than the standard Activa.

It is expected that the hardware, features and engine specifications will stay the same as the regular Activa. So, expect it to retain its 109.51cc, single-cylinder, air-cooled engine that is capable of producing 7.68 bhp of max power at 8,000 rpm and 8.84 Nm of peak torque at 5,500 rpm.

In terms of features, the scooter comes with an external fuel filler cap, analogue instrument cluster, under-seat storage, LED headlamp,  and eSP technology which helps in silent start. The engine gets fuel injection and is cooled via a fan.

Braking duties are done by a 130 mm drum in the front as well as at the rear. The scooter is using tubeless tyres which gives a sense of mental peace to the rider in case of a puncture. Suspension duties are handled by telescopic front forks and a 3-Step adjustable spring-loaded hydraulic shock absorber. The scooter weighs 106 kgs and has a fuel tank of 5.3 litres. The seat height of the Activa is a very accessible 692 mm.