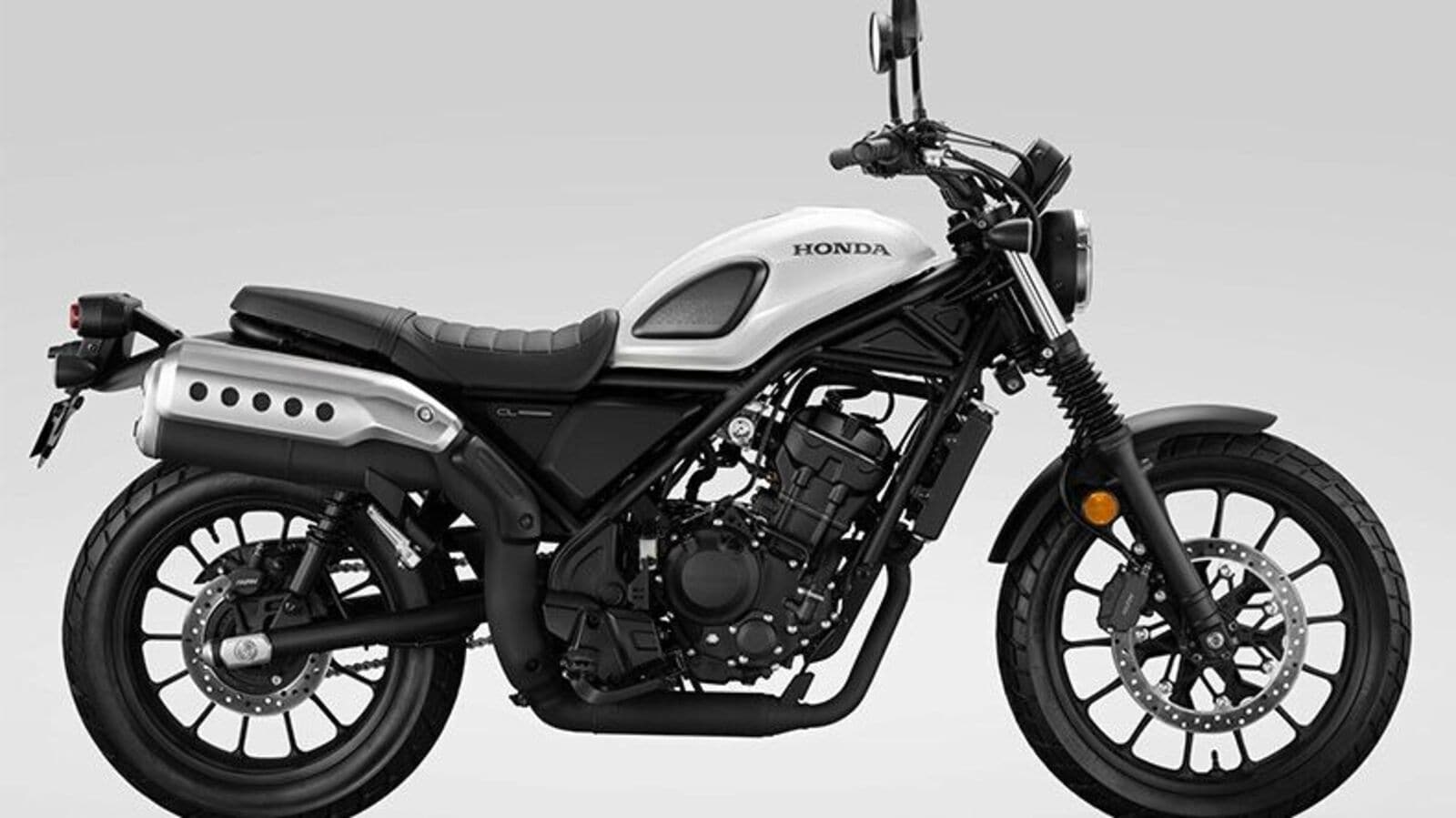 Earlier, Honda unveiled the new CL500 scrambler at the 2022 EICMA, and now the Japanese manufacturer has launched the CL300 scrambler in the Chinese market. It is offered in two variants – Standard and Premium. As of now, it is not confirmed whether the CL300 scrambler will launch in the Indian market or now.

The CL300 uses the same frame and engine as the Rebel 300. However, the subframe is different, it is now taller so that the new single-piece seat can be fitted. The ground clearance of the Honda CL300 is 165 mm whereas the seat height is 790 mm. The CL300 tips the scale at 172 kg which is 19 kg lighter than the Rebel 300.

Because the engine is shared with the Rebel 300, it is a 286 cc unit which is a liquid-cooled engine. The engine produces 25.34 bhp which is 5 bhp less than the CB300R. The gearbox on duty is a 6-speed unit.

Honda is no longer using the 16-inch wheels that are found on the Rebel. Instead, now the motorcycle comes with a 19-inch front wheel and a 17-inch rear wheel. The tread pattern on the motorcycle has a block pattern but it is important to note that the CL300 is not a hard-core off-roader.

The difference between the Standard and the Premium variant is the beak-like front mudguard, bikini fairing, tan leather seat, knuckle guards and bikini fairing. In terms of visuals, there is a circular LED headlamp, alloy wheels, a high-mounted exhaust, tank pads and circular rearview mirrors.