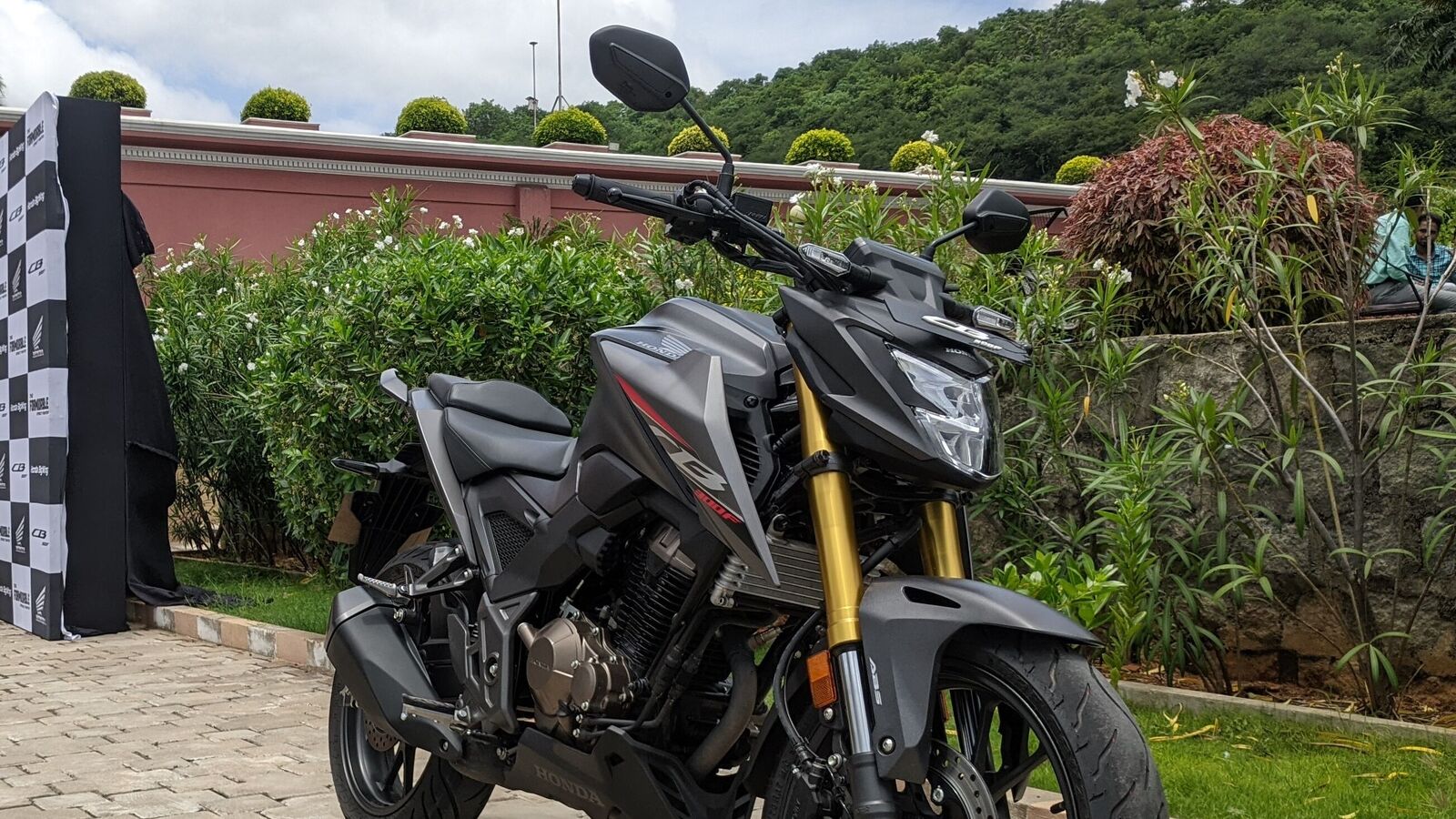 The Honda CB300F motorcycle is the fourth entry in the 300-500cc segment and it features a 293cc oil-cooled four-valve SOHC engine.

Honda Motorcycle and Scooter India (HMSI) announced on Monday that it has started its all-India dispatches of the all-new CB300F from the company factory located in Vithalapur, Gujarat. The recently launched motorcycle is offered in two variants, Deluxe and Deluxe Pro with the starting price of ₹2.25 lakh (ex-showroom, New Delhi). The new motorcycle will come in three colour options namely Mat Axis Grey Metallic, Mat Marvel Blue Metallic and Sports Red.

The Honda CB300F will compete with the likes of Suzuki Gixxer 250 and KTM Duke 250. It is the fourth entry in the 300-500cc segment and it features a 293cc oil-cooled four-valve SOHC engine. This powertrain produces a power output of 24.2 hp at 7,500 rpm and 25.6 Nm of maximum torque at 5,500 rpm. The bike also sports a six-speed gearbox that comes with a slip and assists clutch.

The instrument console of the Honda CB300F is an LCD display that comes with five levels of brightness adjustment. It displays different information to the user such as battery voltage, average fuel economy, time, gear position indicator and many more. There are also hazard lights, a USB portal with C-type charging, a dual-channel anti-lock braking system along with Honda Selectable Torque Control which is essentially a traction control system which can also be turned off by the user.

The Honda CB300F will be produced on a special line especially assigned for mid-size motorcycles. The motorcycle company said this will cater to both domestic and export demand while the main manufacturing lines will continue to take care of the demand for scooters.