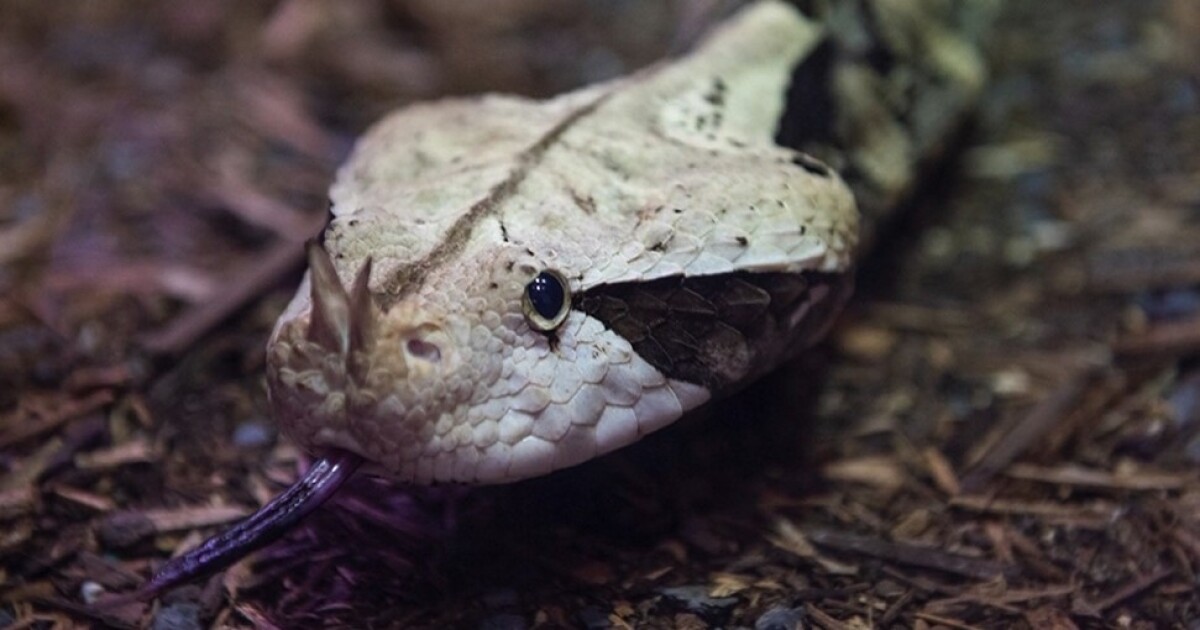 RICHMOND, Va. — A man bitten by his pet African pit viper remains hospitalized in serious condition at VCU Medical Center, according to hospital officials. A second dose of anti-venom was rushed from Virginia Beach to Richmond to save his life, according to authorities.

In the early morning hours Sunday, Virginia State Police said the man was bitten by the African pit viper, one of the most venomous snakes in the world. He was treated with anti-venom from the National Zoo in Washington D.C., VSP said. A state trooper “expedited” the delivery of the second dose from the Virginia Beach Aquarium to Richmond.

Dr. Michelle Troendle, a clinical toxicologist at the Virginia Poison Center, did not comment on the specifics of this case. However, she said anti-venom for non-native, exotic snakes is hard to come by.

“Anti-venom itself is a very complicated process to make,” she said.

Anti-venom treatment for snake species native to North America is readily available at most major hospitals, but the type of treatment needed for exotic snakes is different, Dr. Troendle said. It can also cause a more severe reaction in the patient.

“Anti-venom in the United States [for native species] is used frequently enough to justify cutting into smaller pieces, just the fragments to the venom itself. Whereas in exotic snake bites, it’s more cost effective to make the anti-body and package it as that,” she said.

“More likely than not, the anti-venom is going to have to come from a zoo or an aquarium,” Dr. Troendle said. “Those aren’t going to be kept at the hospital because it’s not cost efficient. There’s not enough cases to justify carrying those.”

Officials with the Virginia Department of Wildlife Resources told CBS 6 there was not a state regulation that prohibits keeping venomous or exotic snakes as pets, as long as they are housed safely away from the public. Certain cities and counties do have their own ordinances, officials said.

April to October, during the warmer weather, is when the Virginia Poison Center sees an increase in native snake bites.

If someone is bit by a snake they fear is venomous, whether in nature or at someone’s home, many of the same points apply. Unlike the move popularized in movies and TV shows, Dr. Troendle said you should not wrap the wound or attempt to extract the venom, especially by trying to suck it out.

“This could introduce bacteria into the wound,” she said.

Snakebite patients should first get themselves to a safe place, attempt to identify the snake for medical personnel if possible, and then seek treatment.

“Patients should elevate their limb above the heart to help get the toxicity out of the limb itself. Ice packs should not be applied; it can actually cause the toxin to remain in the area where it is actually causing damage,” Dr. Troendle said.

The majority of snake bites in the United States are not fatal, Dr. Troendle said.

This is a developing story, so anyone with more information can email newstips@wtvr.com to send a tip.