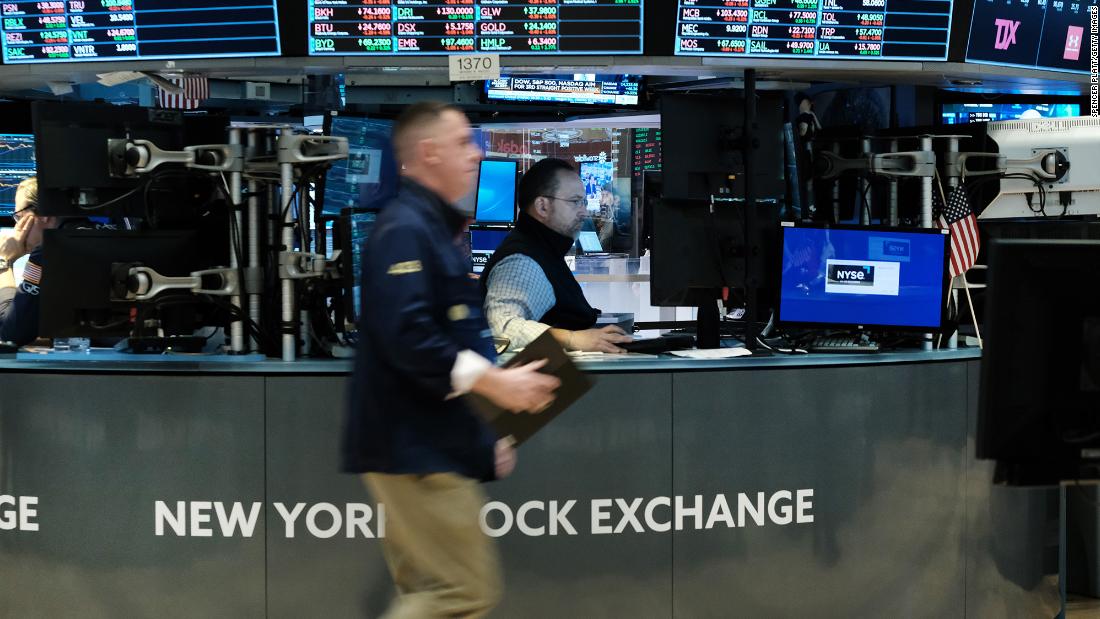 The FAANG part of the acronym refers to the first letters of the tickers of Facebook (FB) (now known as Meta), Amazon (AMZN), Apple (AAPL), Netflix (NFLX) and Google (GOOGL) owner Alphabet.
Mark Lehmann, CEO of Citizens Financial-owned investment bank JMP Securities, adds Microsoft (MSFT) and Tesla (TSLA) to the mix to come up with the mountain nickname. But he thinks it may be time for investors to climb down from MT. FAANG and consider other companies in the tech sector.

“There’s been an overwhelming love affair with some of these stocks irrespective of where they’ve traded,” Lehmann said.

The tech sector is bigger than these seven giants, and Lehmann noted it doesn’t make sense to lump this group together — after all, they’re very different from one another. Some, most notably Meta and Netflix, now face some big competitive challenges that are hurting their stocks.

“There has been a decoupling lately with Facebook struggling,” he said.

So what are some of the tech stocks that investors should be considering instead? Lehmann said JMP analysts are bullish on Venmo owner PayPal (PYPL), noting that younger consumers are increasingly shunning cash.

“PayPal has the best payment system,” he said. “My kids will Venmo their friends 90 cents. It’s a part of their life. They are not going to the bank.”

Lehmann said several other mid-sized techs including DocuSign (DOCU), software firm Snowflake, LegalZoom and online insurer Lemonade, are examples of tech stocks that have fallen sharply this year but now may be decent bargains.
Other analysts still see good values in cybersecurity stocks, especially due to growing concerns about threats from Russia, which some fear may look to retaliate against the West with cyberattacks due to sanctions imposed on Russia after its invasion of Ukraine.

“Between geopolitical concerns and an increased digital transformation of the economy, there are long-term secular tailwinds for cybersecurity,” said Ivana Delevska, founder and chief investment officer of Spear Invest.

According to the firm’s website, the Spear Alpha ETF owns shares of cybersecurity companies Crowdstrike (CRWD) and Zscaler (ZS).

The security sector may also benefit as larger tech firms look to bulk up and make acquisitions. Google recently announced it was buying Mandiant, the security firm formerly known as FireEye, for example.
Lehmann said that several large techs, which have tons of cash on their balance sheet, may look to do more deals as well. Microsoft recently acquired video game leader Activision Blizzard (ATVI).
And on Monday, PC and printer giant HP (HPQ) scooped up Poly, the headset maker formerly known as Plantronics. Shares of Poly soared more than 50% on the news.

With that in mind, one fund manager said that investors might want to buy the companies that are in good position to make deals…older tech firms with strong balance sheets.

“”When you see bouts of volatility like this year, that creates more of a stock picker’s market. There are great values in high quality tech stocks, not the super growth momentum stocks,” said Frank Lee, head of the investment strategy group at Miracle Mile Advisors.

“You want the companies that are generating cash now, and look for ones paying dividends,” Lee added.

Lee said companies like HP, Intel (INTC) and IBM (IBM), which are all members of the First Trust Tech Dividend Index (TDIV), an ETF his firm recommends to clients, fit that bill.

“You have to do analysis on a name-by-name basis,” he said. “You can’t lump all of tech together in one moniker.”