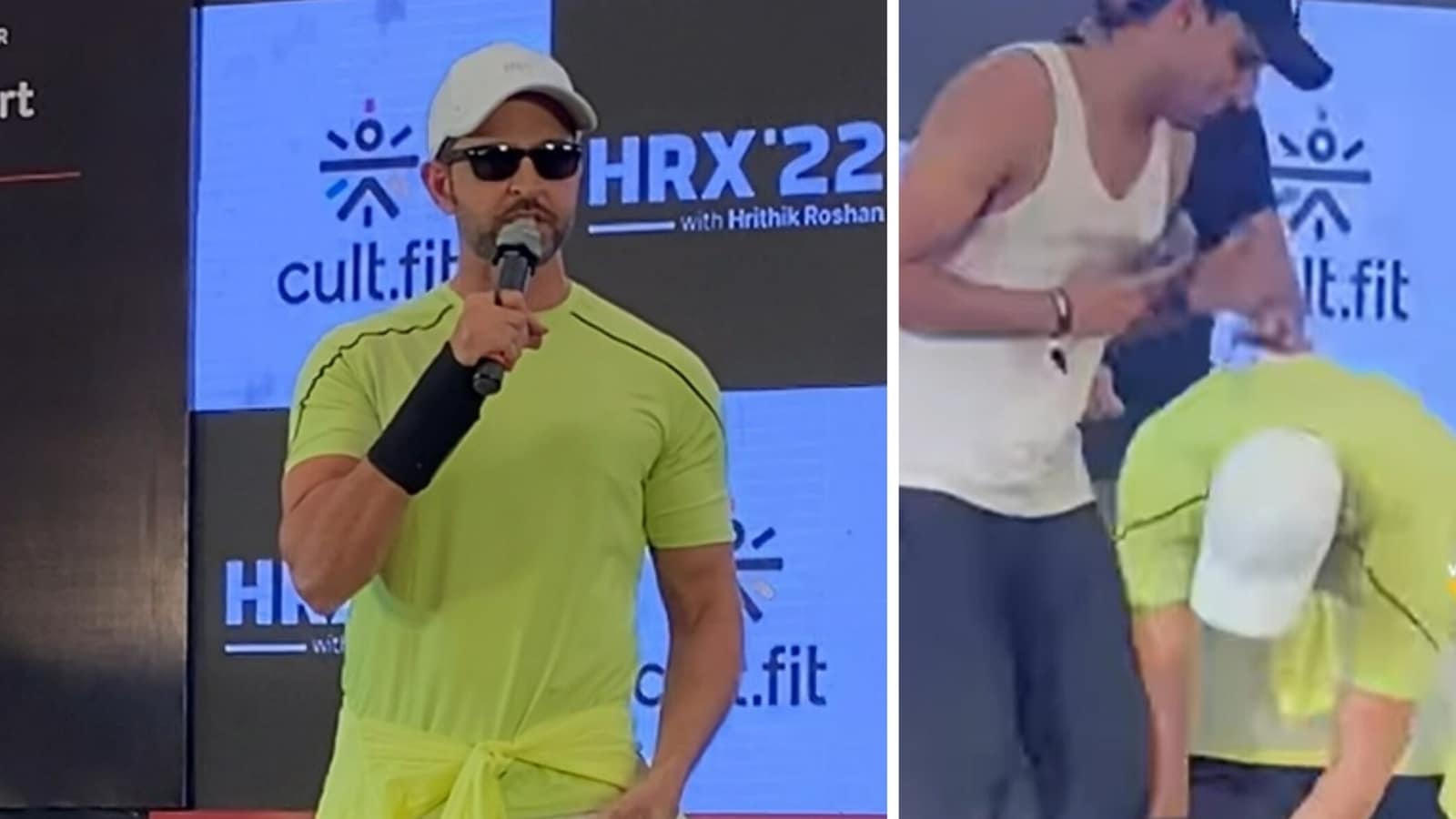 Hrithik Roshan is not just known for his good looks but also how he treats his fans. At a fitness event on Saturday, Hrithik took to the stage in a yellow tee and white pants paired with a yellow shirt and white cap. As a fan was called to the stage to receive a goodie bag from Hrithik, the fan went ahead to touch the actor’s feet. The actor also touched the fan’s feet in return. Also read: Vikram Vedha teaser: Hrithik Roshan will show no mercy as Saif Ali Khan is out to hunt him down

A fan reacted to the paparazzo video from the event, “So sweet of you @hrithikroshan.” Another fan commented on the video, “So down to earth.” Complimenting him, fans called him a “very good superstar,” and the “most humble superstar.”

Hrithik recently saw the teaser release of his upcoming film, Vikram Vedha. It is the Hindi adaptation of the Tamil neo-noir action thriller of the same name. It is directed by director duo Pushkar and Gayatri, who also helmed the original. The 2017 hit film starred R Madhavan and Vijay Sethupathi in titular roles.

The Hindi film revolves around Vikram (Saif Ali Khan), a tough cop who sets a trap for a dreaded but revered gangster Vedha (Hrithik). But tables turn when Vikram’s perception of the difference between the good and the evil gets blurry as he is caught in the web of stories spun by Vedha. Also starring Radhika Apte, Rohit Saraf, and Satyadeep Misra, Vikram Vedha is slated to be released in theatres on September 30.

Hrithik has also signed War director Siddharth Anand’s Fighter. He will star opposite Deepika Padukone in the film for the first time. It is set to release in theatres next year. His last film War was a blockbuster with a box office collection of around ₹300 crore.