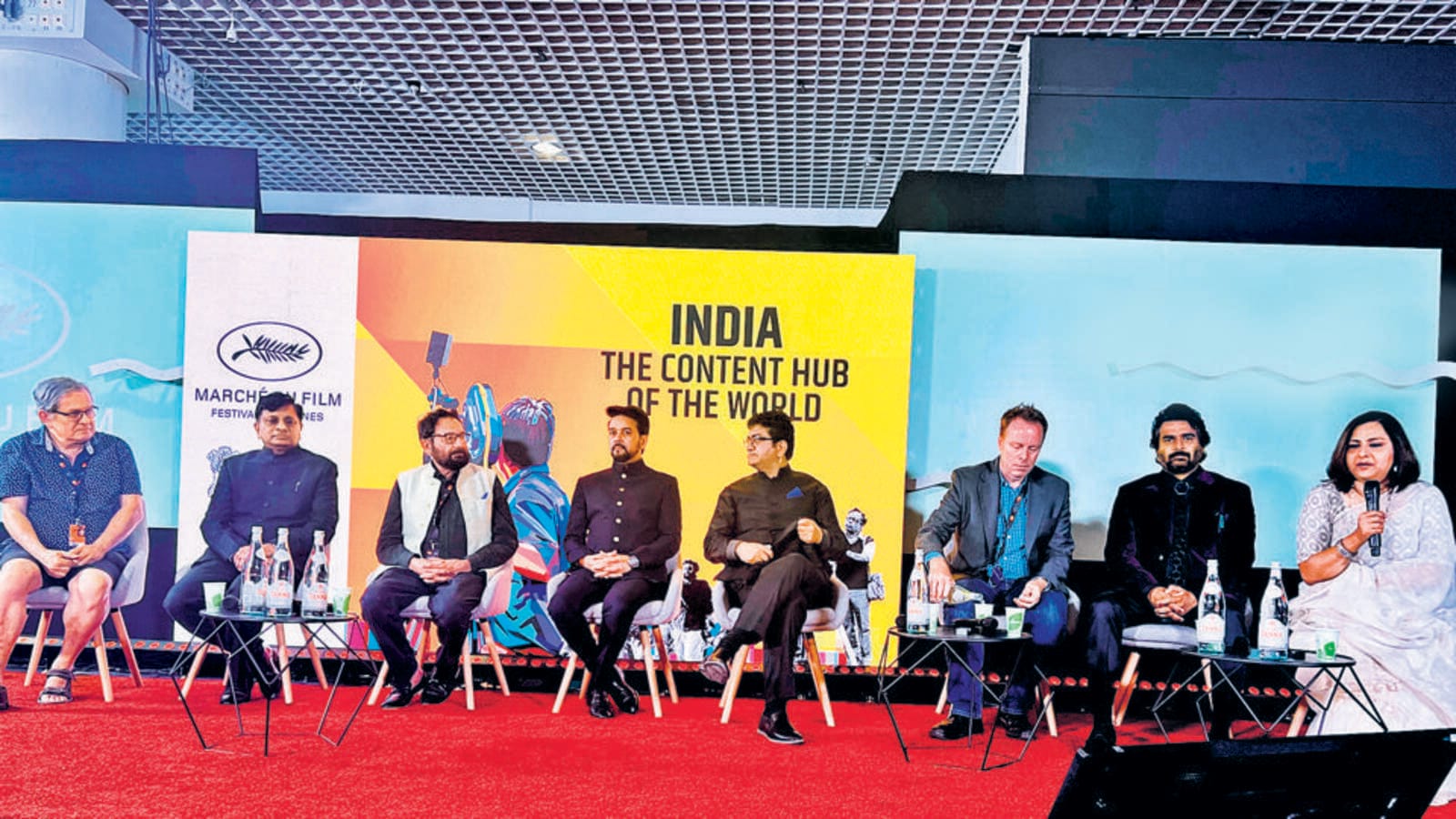 “Our digital demography, immense technological talent, cultural diversity and multitude of local stories gives us global advantage” he said. It was strongly echoed by Apurva Chandra, Secretary I&B who spoke of the incentives announced to attract international productions.

Filmmaker Shekhar Kapoor said, “India is going to be the new influence economy,” and predicted India’s media and entertainment sector to turn a trillion dollar in the years to come. While renowned European filmmaker Philippe Avril made a point about Indian filmmaking discovering an ecosystem of its own, the CBFC chairperson Prasoon Joshi earned a loud applause by making a key point about the newage Indian filmmakers not ridden by inhibitions or lack of confidence. “India is raring to go,” he said.

The discussion turned to a debate when Scott Roxborough, Editor Hollywood Reporter advised caution against being “too boisterous”, and political intervention coming in the way of creative pursuits in Indian filmmaking. A stupendous counter point came through actor-filmmaker R Madhavan who said “India is beyond the point of Western appeasement”. Madhavan strongly advocated more films to be made on the superb achievement of India and Indians in Science and Technology.

Grammy award winner Ricky Kej, who was among the audience, gave his perspective on the significance of collaboration. The engrossing discussion ended on a high note with Vani Tripathi reciting a hindi couplet and calling for India to march on in the quest for being a global content giant.