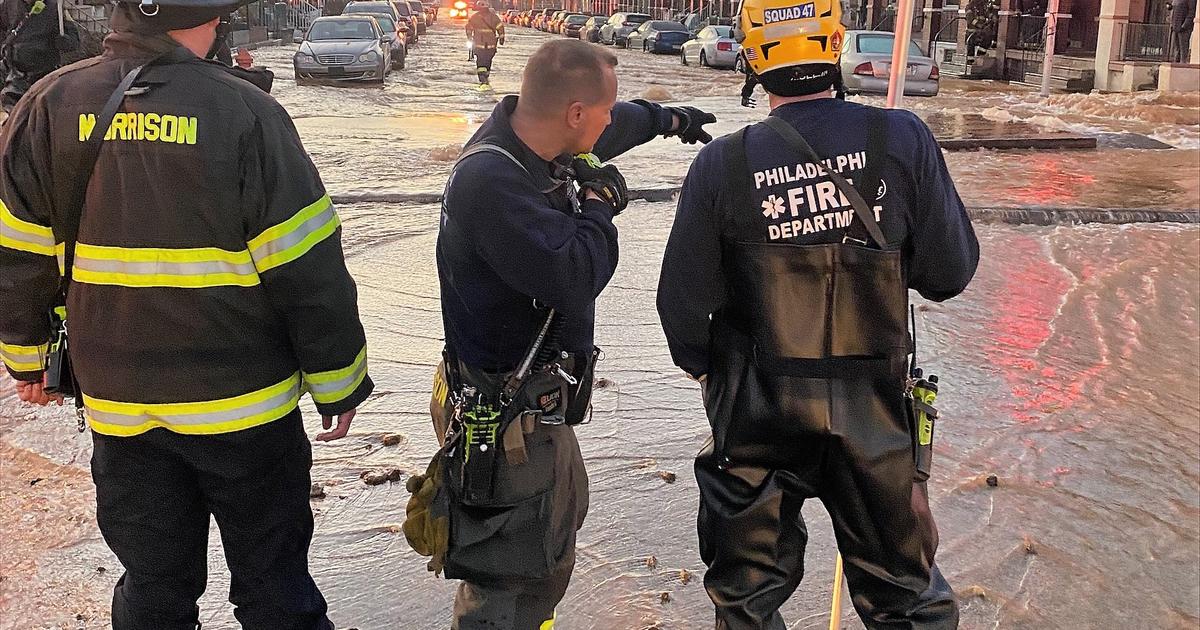 Dozens of officials are responding to a 48-inch water main break in Philadelphia that flooded roads, prompting evacuations and school closures, the fire department said Wednesday. The transmission main, which moves thousands of gallons of water, is one of the largest that travels through the city, according to Deputy Chief Kamau Bright.

The fire department said it received reports of the break around 6:42 a.m. local time on Wednesday morning. Dozens of personnel have worked to find the transmission main’s shutoff valves to completely turn it off.

At least three building in the area were evacuated. Five people were rescued from buildings in the area, including one person from a basement apartment, according to Bright. “Several others” have been assisted, and two people were provided emergency medical service care or transportation, the department said.

The transmission main is separate from the city’s water distribution mains, meaning that water should be working in homes and businesses, Bright said. However, the Philadelphia Water Department noted that water pressure could be impacted.

Sixteen schools are closed for the day due to low water service or no water at all, CBS Philadelphia reports.

The flooding could also cause gas leaks, which prompted authorities to shut off gas to the affected buildings, Bright said.

The local water department said water pressure will be restored to impacted structures as the break is isolated. Councilman Malcolm Kenyatta Johnson urged residents seeing issues to contact the Water Department Emergency Hotline, but warned that phone lines are busy.

Tori B. Powell is a breaking news reporter at CBS News. Reach her at tori.powell@viacomcbs.com