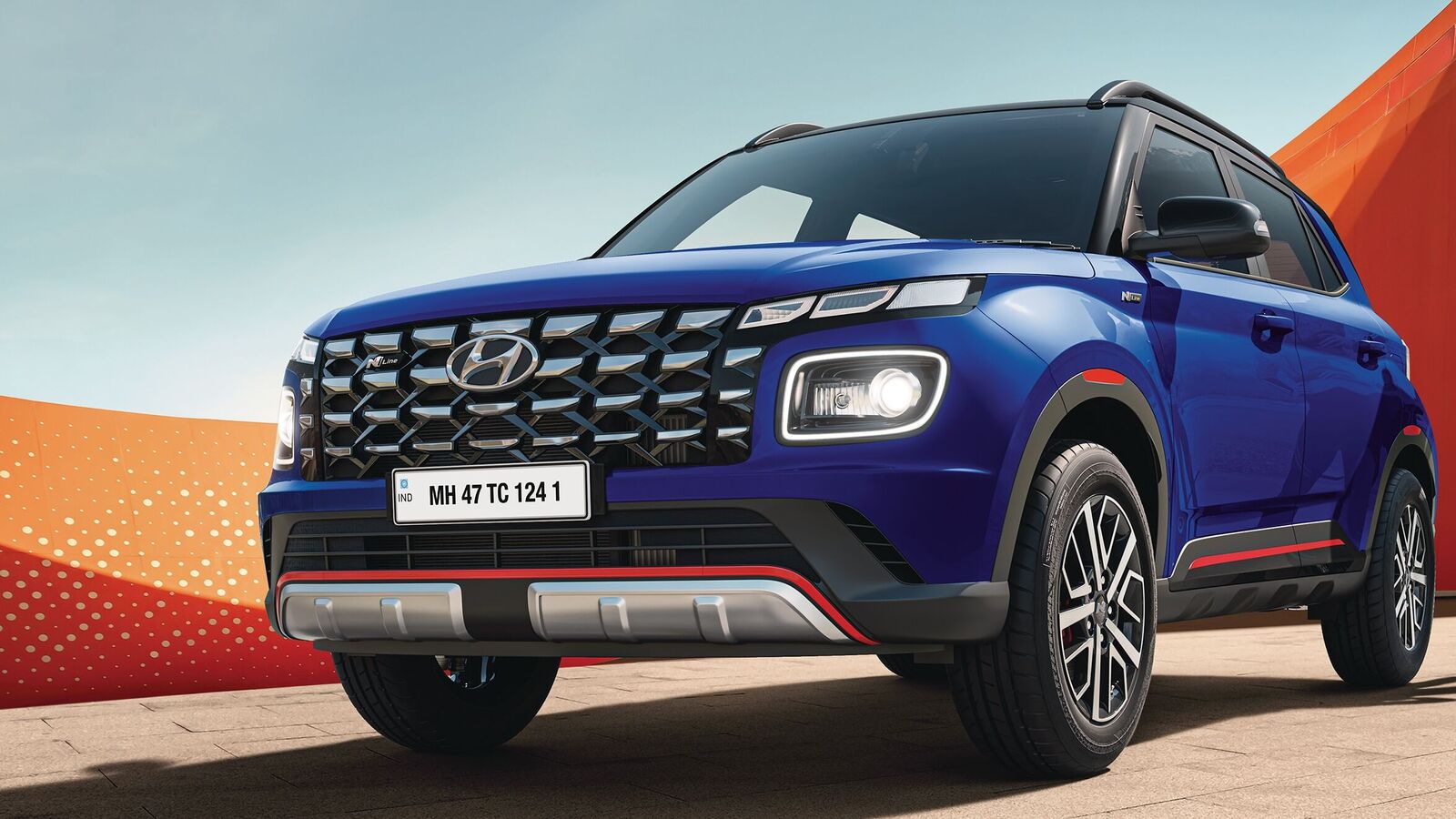 Hyundai Venue N Line will be based on the standard Venue SUV which received a major update a few weeks ago. The N Line version of Venue will get cosmetic updates and a tweaked transmission to offer a sportier ride.

Hyundai Motor is all set to launch the Venue N Line SUV in India tomorrow, September 6. The performance version of the Venue SUV will be the Korean carmaker’s second N-Line model to be offered in India after the i20 N Line premium hatchback. Hyundai will announce the price for the Venue N Line on Tuesday, days after the bookings were opened for customers. Hyundai Venue N Line will be offered in four variants with the choice of two trims called N6 and N8. The Venue N Line is based on the new generation model which was launched earlier last month.

There are more changes once you step inside the Venue N Line. It will come with sporty seats, leather-wrapped gear knob with N-Line badging and other cosmetic changes that lifts the interior with a sporty feel.

Under the hood, Hyundai will offer the Venue N-Line with its 1.0-litre 3 Cylinders Inline DOHC petrol engine that is also used under the hood of the i20 N-Line hatchback too. The engine, when used in the standard Venue SUVs, is capable of churning out 118 bhp of maximum power and 172 Nm of peak torque. Hyundai is likely to tweak transmission for improved output compared to the standard Venue models.