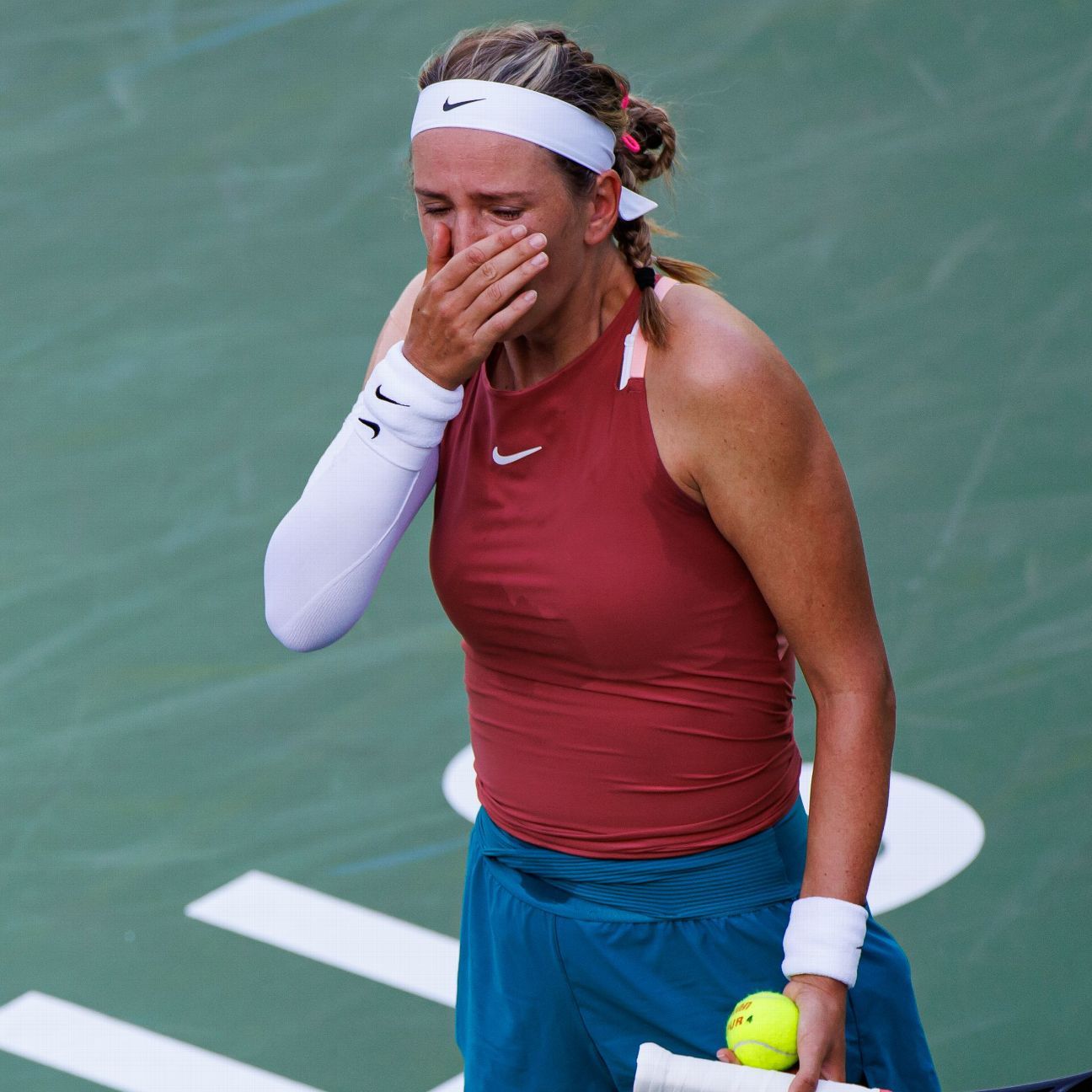 Victoria Azarenka said her personal life had been “extremely stressful” in recent weeks and that she should not have played at the Miami Open on Sunday after the former world No. 1 retired against 16-year-old Czech Linda Fruhvirtova.

Wild card Fruhvirtova was leading 6-2, 3-0 when the 32-year-old Azarenka informed the chair umpire that she was done and left the court.

“I shouldn’t have gone on the court today,” Azarenka later said in a statement.

“The last few weeks have been extremely stressful in my personal life. Last match took so much out of me, but I wanted to play in front of a great audience as they helped me pull through my first match.

“I wanted to go out there and try but it was a mistake.”

Azarenka, who won the Australian Open in 2012 and 2013, had a year-long maternity break from 2016 to 2017. A split with her partner and a custody battle over her son, Leo, that was not settled until 2018 also hampered her career.

The Belarusian, who is playing on Tour without the name or flag of her country following sanctions relating to Russia’s invasion of Ukraine, broke down in tears during her defeat to Kazakhstan’s Elena Rybakina at Indian Wells this month.

She defeated Russia’s Ekaterina Alexandrova in a final-set tiebreak in her previous round at the WTA 1000 event in Miami.

“I hope to take a break and be able to come back,” Azarenka added.

“I always look forward to the challenge and pressure of competition but today it was too much. I have to and will learn from this.”