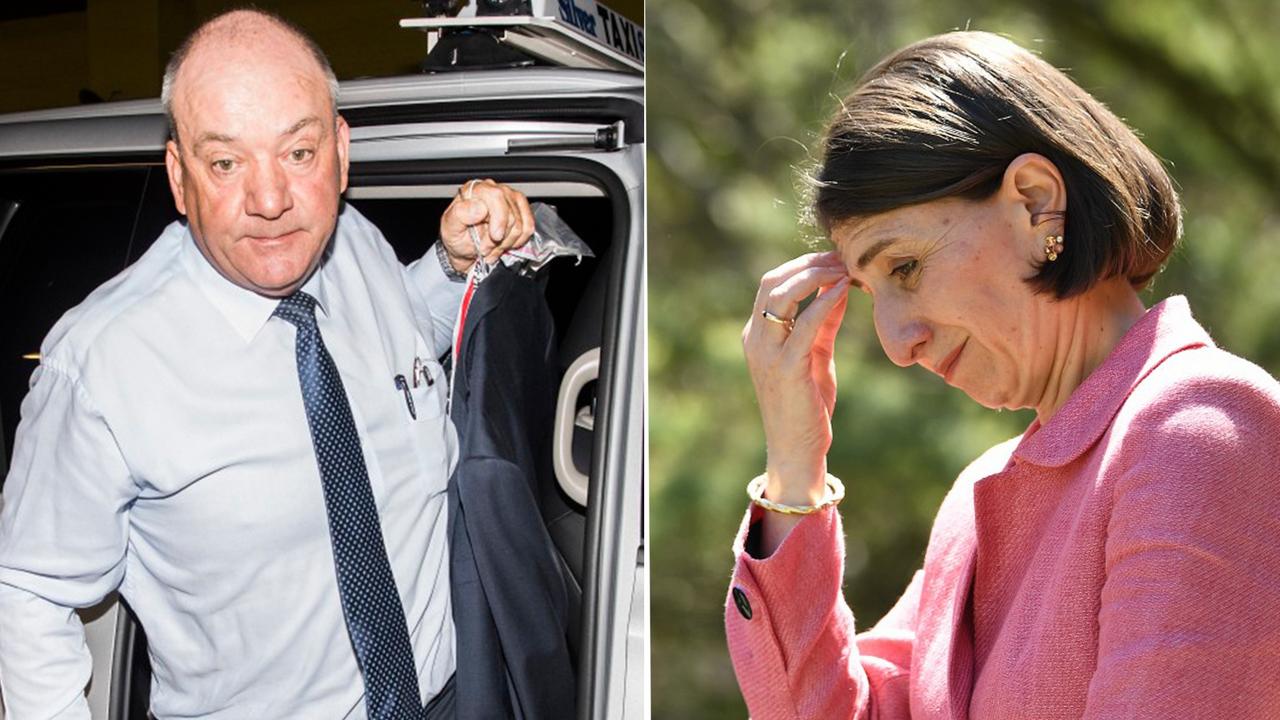 A stunning admission by Gladys Berejiklian set a chain of events in motion that led to her downfall as premier and sparked a corruption hearing.

A year after Gladys Berejiklian revealed she had been in a secret relationship with a disgraced MP, the NSW corruption watchdog is beginning public hearings into whether she too breached the public’s trust.

The Independent Commission Against Corruption has said it will question senior bureaucrats and top Liberals as it probes whether Ms Berejiklian’s secret relationship created a conflict of interest and allowed corrupt conduct to occur.

Her successor as premier, Dominic Perrottet, told media on Monday he had spoken with Ms Berejiklian, who was “doing well” ahead of the hearing.

“I had a chat with the former premier over the course of the weekend to check in how she’s doing, and she’s doing well,” he said.

“There are always public hearings when it comes to the (ICAC). They’ve got a job to do, they should do their job.

“I’m not going to provide a running commentary in relation to these inquiries.”

Among the Liberal luminaries who will take the witness stand this week is former premier Mike Baird and deputy party leader Stuart Ayres.

First to appear on Monday is Office of Sport director Michael Toohey. The ICAC has not yet said when Ms Berejiklian may testify.

The ICAC announced on October 1 that Ms Berejiklian was being investigated, which caused her to decide to resign the same day.

The commission, which has broad authority to investigate alleged corruption in the NSW public sector, said it was looking into whether Ms Berejiklian’s relationship with former Wagga Wagga MP Daryl Maguire had created a conflict of interest that resulted in her breaching the public’s trust by awarding grants to a clay target association and a music conservatorium in Wagga Wagga.

It will also investigate whether the former premier breached the public trust by allegedly failing to report conduct by Mr Maguire that may have been corrupt.

The ICAC also said it would investigate whether she was “liable to allow or encourage the occurrence of corrupt conduct by Mr Maguire”.

Ms Berejiklian said in her resignation speech she had “always acted with the highest level of integrity”.

“In all decisions I’ve ever made as a minister or as premier of NSW, my first consideration has always been the wellbeing and welfare of the people of the state,” she said.

The probe is a continuation of an ongoing investigation into Mr Maguire, who resigned as an MP in 2018 and who agreed last year he had used his parliamentary office as headquarters for a profit-making private business.

Mr Maguire’s admission that he knew he wasn’t permitted to use his power as an MP and parliamentary secretary to enrich himself came in October 2020.

Earlier that month, Ms Berejiklian had been called to testify, leading her to make the stunning revelation she and Mr Maguire had been in a five-year relationship.