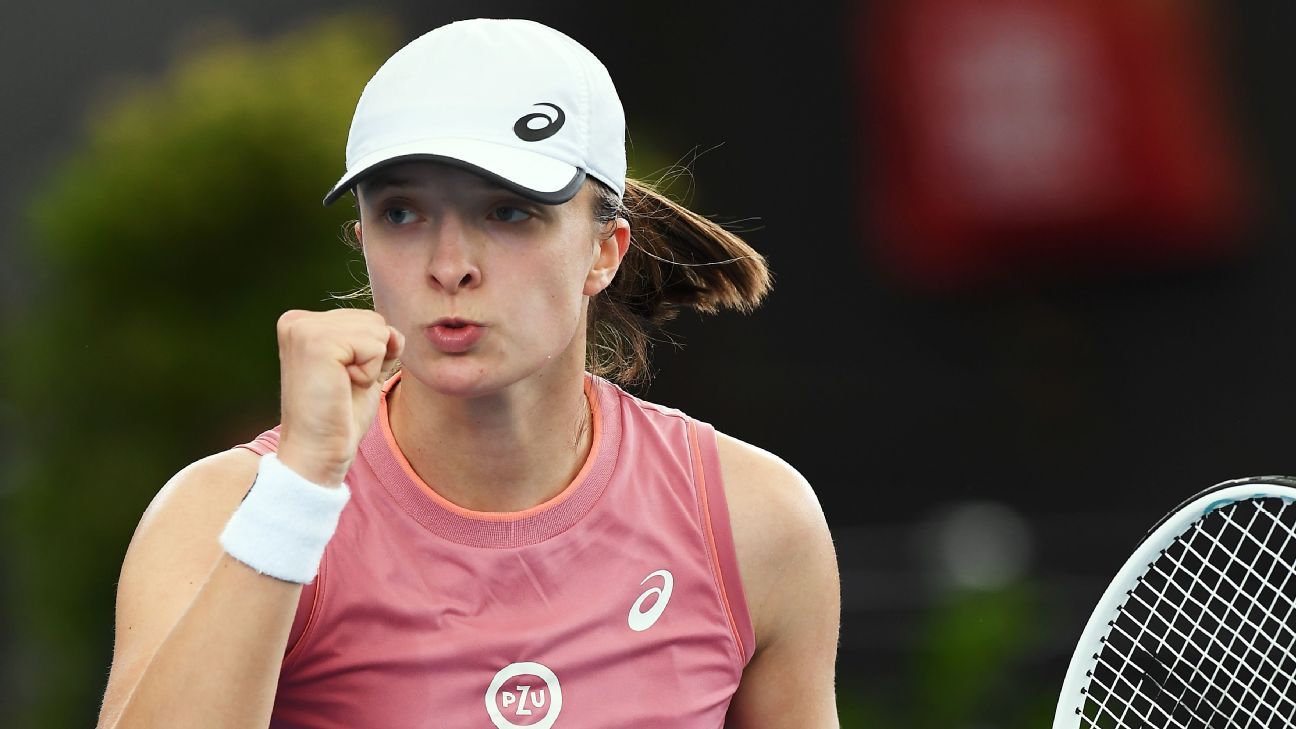 Seventh-seeded Elena Rybakina and American Shelby Rogers, who beat No. 3 seed Maria Sakkari, have already set up a quarterfinal match.

The other last-eight matchup will feature Kaja Juvan, who upset No. 2-ranked Aryna Sabalenka in the second round, against Misaki Doi or Anastasia Gasanova.

“I felt really confident,” Swiatek said. “And I’m pretty happy that I could finish it really quickly and I didn’t let go of focus.”

Rafael Nadal was playing later Thursday at an ATP Melbourne tournament, one of the six tune-up events being staged in Australia this week ahead of the season-opening major at Melbourne Park starting Jan. 17.

In the WTA 500 tournament being played at Melbourne, second-seeded and two-time Grand Slam singles champion Simona Halep beat Elena-Gabriela Ruse 6-2, 6-2 to advance to the quarterfinals.