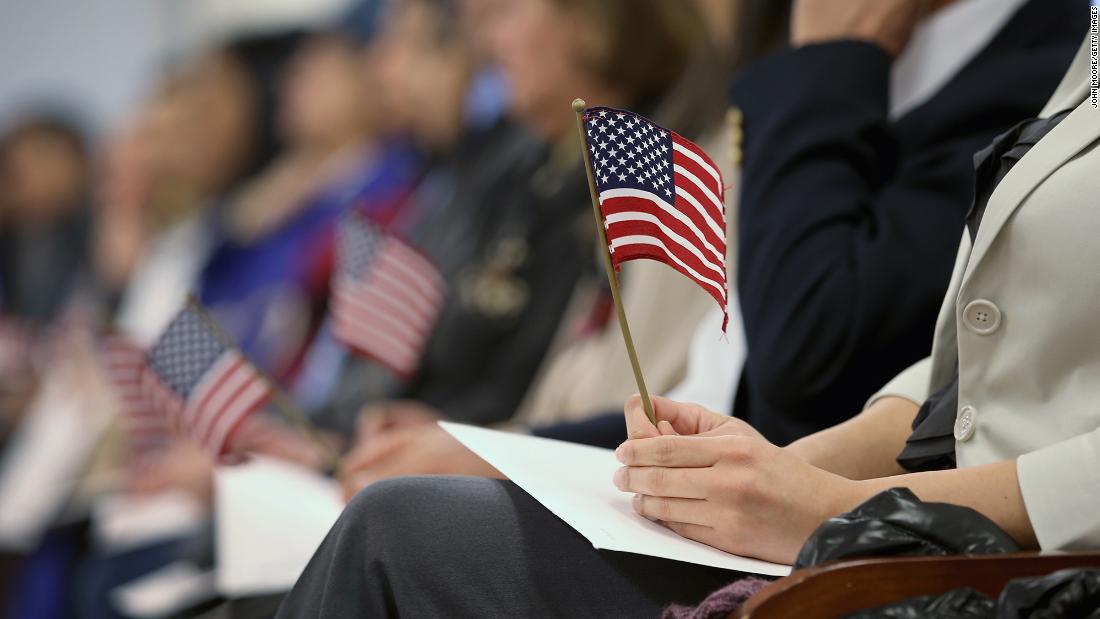 Under the Biden administration, the agency is taking a different approach, using words like “welcome” and “respect,” as well as shortening the length of the statement.

The Trump-era change was made in February 2018 and came to represent a shift towards a more hardline approach with a statement that emphasized “safeguarding its integrity” and “securing the homeland.”
Push back was swift as outside groups, a former agency director and Democratic lawmakers condemned the move. The American Immigration Lawyers Association called it an “insidious attempt by the Trump administration to diminish the valuable contributions that immigrants have made” to the United States.
León Rodríguez, who served as director under President Barack Obama, wrote in the Washington Post, “Regardless of the Trump administration’s rhetoric, we are, always have been and, I am optimistic enough to say even in these times, always will be a “nation of immigrants.””

The agency’s new mission statement reads: “USCIS upholds America’s promise as a nation of welcome and possibility with fairness, integrity, and respect for all we serve.”

This is the agency’s third mission statement since 2005. USCIS is responsible for managing federal immigration benefits, programs and other applications, including hosting naturalization ceremonies, processing Green Cards and helping to verify employment eligibility.

The Biden administration’s rhetoric on immigration has diverged sharply from the prior administration, emphasizing the contribution of immigrants to the US and “welcoming” strategies, as well as move to stop using the term “illegal alien” in public documents and speeches.
Reshaping immigration policy, however, has proved trickier for the administration, as lawsuits and infighting stalled policy changes, despite the lofty goals set out by President Joe Biden when he took office.
Last year, USCIS gave employees the chance to submit words that they felt best illustrated the agency’s work. The updated statement incorporates that feedback, Biden administration priorities, and USCIS Director Ur M. Jaddou’s vision for the agency, according to USCIS.

“This new mission statement reflects the inclusive character of both our country and this agency,” she said in a statement, adding that the US “will remain a welcoming nation that embraces people from across the world who seek family reunification, employment or professional opportunities, and humanitarian protection.”

Jaddou, who took office August 2021, said USCIS is committed to “ensuring that the immigration system we administer is accessible and humane.”

In 2018, when L. Francis Cissna was leading the agency, the full statement changed to: “U.S. Citizenship and Immigration Services administers the nation’s lawful immigration system, safeguarding its integrity and promise by efficiently and fairly adjudicating requests for immigration benefits while protecting Americans, securing the homeland, and honoring our values.”

In a letter to employees at the time, Cissna said that the agency answers to the American people and looks to USCIS to ensure that people who are eligible for immigration benefits receive them and those who are not eligible don’t receive them.

Prior to the Trump administration, the mission statement, which was the agency’s first, read: “USCIS secures America’s promise as a nation of immigrants by providing accurate and useful information to our customers, granting immigration and citizenship benefits, promoting an awareness and understanding of citizenship, and ensuring the integrity of our immigration system.”