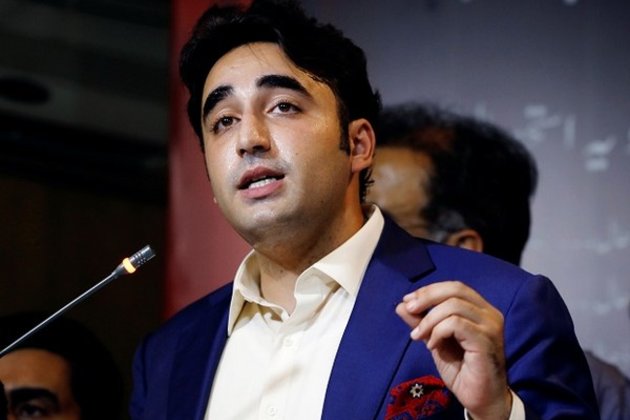 Islamabad [Pakistan], January 4 (ANI): Pakistan Foreign Minister Bilawal Bhutto Zardari on Tuesday said that the Tehreek-e-Taliban Pakistan (TTP) was being funded from Khyber Pakhtunkhwa (KP) and that PTI chief Imran Khan had himself admitted to reintroducing the TTP militants in the province they were expelled from, reported The News International.

The PTI government freed the Army Public school attackers and the nation will not forgive them, Zardari said while speaking to the media in Pakistan’s Dadu.

He advised Khan to come back to the Parliament as all his strategies including the two long marches had failed.

“Imran’s politics is harming not only him but the country too,” said Zardari, as quoted by The News International. Khan’s stubbornness and egocentrism prevented the government from calling for elections, he said.

“The PTI lawmakers claim they want to resign from the assemblies, but they disappear when the National Assembly Speaker summons them to verify their resignations,” the PPP chairman said.

According to the foreign minister, the PTI chief was marching towards Islamabad while one-third of Pakistan suffered from floods.

Talking about the devastation caused by the floods, Zardari said the global community aided Pakistan amid the disaster adding that every platform, from the United Nations to the COP27 conference in Sharm-ul-Shaikh, had admitted that Pakistan suffered major losses, reported The News International.

Recently, Pakistan Tehreek-e-Insaf (PTI) leader Fawad Chaudhry linked the resurgence of terrorism in Pakistan to the ruling government’s Afghan policy which is different from that of the former PTI government, according to a report in The Dawn.

Addressing a press conference in Islamabad, former information minister Chaudhry said Foreign Minister Zardari did not understand the situation in Afghanistan. He added that if the situation in Kabul deteriorated it would have negative implications for Islamabad as well.

According to Chaudhary, “Imran Khan is the only Pakistani leader who was respected in Afghanistan as his hands were not stained by Afghan blood.”At its 40th National Security Committee meeting, Pakistan vowed to show ‘zero tolerance’ for terrorism amid the spurt in terrorist strikes by banned outfit Tehreek-e-Taliban Pakistan (TTP) and a rise in cross-border terrorism on the Pakistan-Afghanistan border, Geo News reported. (ANI)